May 17, 2014 Daven Hiskey
This is a weekly wrap of our Daily Knowledge Newsletter. You can get that newsletter for free here. 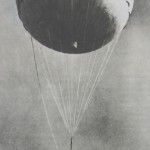 WWII saw the development of some zany designs for weapons, such as when the U.S. developed pigeon guided missiles and (literal) bat bombs (the latter of which were a little too effective, accidentally destroying the testing base when they escaped), or when the Soviets trained exploding anti-tank dogs. Not to be left out of the fun, the Japanese developed their own oddball weapon. Starting in November of 1944, Japan launched over 9,000 devices they called “Fu-Gos” aimed at the United States and Canada. Fu-Gos were hydrogen balloons equipped with incendiary devices that, in theory, would be transported over the Pacific Ocean via the jet stream to devastate the landscape, perhaps starting massive fires in farm fields and forests across North America. Fu-Gos, called fire balloons in the U.S., were approximately 70 feet tall, 30 feet… (more) 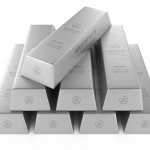 Aluminium is literally one of the most common elements on Earth.  So how did it come to be that aluminium cost more than gold? Was it similar to how the relatively common and easily acquired mined diamond came to be seen as valuable in the last century due to strict control of supply to consumers and some of the best marketing the world has ever seen? (For reference, the cost of mining a 1 carat diamond is about $50, though it sells for drastically more than that, even low quality ones for industrial use.  On the high end, suitably high quality ones will sell for, on average around $25,000 once cut and polished, generally by cheap labor in places like China.) The simple answer is that although aluminium makes up about 8% of the Earth’s crust, it has never been known to occur in its metallic form anywhere on Earth. Instead… (more) 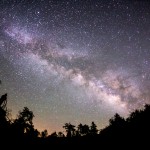 Dung beetles have long surprised scientists with their remarkable navigation abilities, despite the relatively small sizes of their brains. Scientists have also known that after dung beetles collect the dung, they do a little dance on top of it before moving it in a straight line to their destination. The dancing was once written off as a “happy dance,” but now we know better—it actually helps the dung beetle get its bearings as it dances around in circles, looking at the stars. This behaviour, as well as the fact that dung beetles have specialized eyes which analyse the direction of light polarization, first led researchers to hypothesize that the beetles might be using the sky to navigate. During the day, it was easy to see that they were using a pattern of polarized light around the sun in order to navigate. But no one knew exactly how they continued… (more) 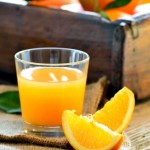 You may think it might be the common mint flavor of toothpaste clashing with other flavors, but in the case of orange juice and many other things, this isn’t actually what’s going on. The culprit here is thought to be two compounds almost universally added to toothpastes -sodium lauryl sulfate and sodium lauryl ether sulfate, which are anionic surfactants, meaning they lower the surface tension of water. Why is that desirable in toothpaste? Because it works as something of a detergent, and makes the toothpaste foam to help it spread around inside your mouth easier. Besides any cleaning effect, this has the by-product of making you feel like the toothpaste is doing something, which toothpaste manufacturers have found to be a great way… (more) 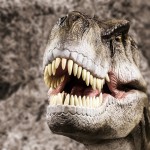 In the immensely popular (despite the sins) movie Jurassic Park, there’s the famous scene where the giant T-Rex is attacking a jeep during a thunder storm. As it attacks, Dr. Alan Grant, a self-respecting paleontologist, yells, “Don’t move! He can’t see you, if you don’t move.” Here’s the thing – that’s wrong.  (If that comes as a blow, you’re definitely not going to want to learn the shocking truth about Velociraptors.) The Tyrannous Rex not only could see just fine, whether the object was moving or non-moving (which helps one not run into things), there’s also quite a bit of evidence that the T-Rex’s sight was extremely good, very possibly better than modern-day hawks and eagles. This non-moving “fact” from the hit 1993 movie inspired a good deal of research into the subject. Professor Kent Stevens at the University of Oregon began the project DinoMorph in 1993. His goal was to develop “a means to create scientifically useful yet simplified digital models of dinosaur skeletons.” Using digital technology, he wanted to recreate tangible… (more) 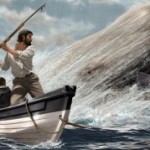 Today I found out about a real life white whale that destroyed over 20 whaling ships and reportedly survived encounters with another 80 or so. The massive 70 foot long albino sperm whale was named Mocha Dick and was one of the two whales that inspired the novel Moby Dick.  Mocha Dick was given his name as he was first sighted off the coast of Chile near Mocha Island; the latter “Dick” part of the name is thought to have simply been after the practice of naming certain deadly whales common names like “Dick” or “Tom”. The whalers that first spotted him attempted to kill him, but he survived the encounter. Over the course of the next 28 years Mocha Dick earned a reputation as one of the most cunning and feared whales in the ocean.  During that span, he was spotted and attacked by at least 100 whaling ships.  He successfully destroyed around 20 of those… (more) 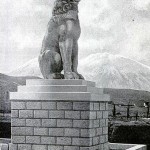 In the 4th century B.C., for a period of 50 years a small force of 300 elite Theban soldiers dominated Grecian battlefields. What makes this band of brothers unique in history is that it was comprised entirely of male lovers.
The Elephant in the Room – Pederasty in Ancient Greece: The classical Greeks tolerated a wide range of sexual appetites. One that shocks the modern conscience, pederasty (a sexual relationship between a man and a pubescent or adolescent boy), was, in fact, in many places seen as benefit to society: “Aristocracies . . . recognized its power to forge bonds between promising youths and conservative mentors. Democracies saw it as insurance against tyranny . . . . But the major source of its prestige remained (despite Plato) its contribution to military morale. . . .[i]“ In fact, Plutarch claimed that, in Thebes… (more) 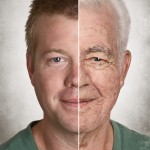 Gray hair, memory loss, wrinkles and brittle bones, sooner or later, each of us gets old (if we’re lucky). Yet scientists tell us that there is no evolutionary reason for us to age. So, why do we? The Aging Process: Researchers do not agree as to the causes of aging. Some claim our genes are programmed to deteriorate, wither and die, while others believe accumulated damage is the root of our senescence. Muddying the waters further, many believe that a combination of several factors contributes to aging. Cell Damage: Around since 1882 when biologist August Weismann first introduced it, at its fundamental level, the cell damage theory holds that the body succumbs to “wear and tear“: “Like components of an aging car, parts of the body eventually wear out from repeated use, killing them and then the body…” (more) 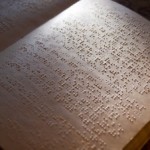 Braille was invented by a nineteenth century man named Louis Braille, who was completely blind. Braille’s story starts when he was three years old. He was playing in his father’s shop in Coupvray, France, and somehow managed to injure his eye. Though he was offered the best medical attention available at the time, it wasn’t enough—an infection soon developed and spread to his other eye, rendering him blind in both eyes. While a tragedy for him, had this accident not happened, we wouldn’t have braille today. There was a system of reading in place for the blind at the time, which consisted of tracing a finger along raised letters. However, this system meant that reading was painfully slow and it was difficult to discerning by touch the relatively complex letters of the alphabet. As a result, many people struggled to… (more) 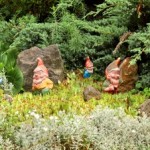 Garden gnomes are those statues you see of pint sized chubby human-like creatures usually wearing red hats and blue pants. You can find them in a variety of poses and pursuing various past times such as fishing, napping, or in the case of my personal gnome, smoking a pipe. Garden gnomes are typically male and have beards but you see the occasional female gnome statue these days. While it took longer to catch on in the United States, garden statuary has been popular in European countries since at least the Renaissance. Saints, gods and mythical creatures were among the early figures depicted, and one character called Gobbi, which is Italian for “dwarf” or “hunchback”, starting in the early 1600s.From there, references of “House Dwarves” are found in the late 1700s. These statues were made of porcelain and produced continuously through the 19th Century.  It is believed the dwarves morphed into gnomes and moved from the house to the garden when Baehr and Maresch out of Dresden… (more)