November 16, 2013 Daven Hiskey
This is a weekly wrap of our Daily Knowledge Newsletter. You can get that newsletter for free here. 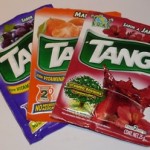 In fact, Tang was actually invented by chemist and occasional playwright William A. Mitchell in 1957 while he was working for General Foods. General Foods introduced Tang to the public in powder form in 1959, but it wasn’t popular initially. This changed when NASA decided to use it in 1962 during John Glenn’s Mercury flight and later in 1965 during the Gemini program. According to an engineer… (more) 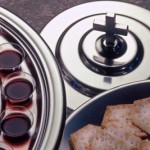 You’ve probably heard about Jesus turning water into wine, but Dr. Thomas Bramwell Welch is a lesser-known drink magician who developed a way to turn something that would have been wine into a non-alcoholic version of the drink, in an attempt to make an “unfermented sacramental wine”.  Dr. Welch was a physician, a dentist and a Methodist minister in Vineland, New Jersey. At the time, Methodists were strongly opposed to the consumption… (more) 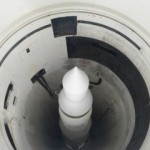 How the Cold War Started and Ended

One of the earliest marked events of the Cold War arose from the anti-Communism remarks of British leader Winston Churchill.  On March 5, 1946, in a famous speech characteristic of the political climate of the time, he said, “From Stettin in the Baltic to Trieste in the Adriatic an “Iron Curtain” has descended across the continent. Behind that…” (more) 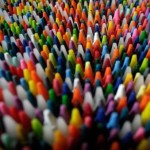 The Origin of the Words “Crayola” and “Crayon”

The word “Crayola” was originally thought up by Alice Binney. Binney, a one-time school teacher, combined the French word “craie”, meaning “chalk”, with “ola”, shortened from the French word “oléagineux”, meaning “oily”. Craie is also where “crayon” gets its leading “cray”, though the word “crayon” existed long before Crayola crayons were invented.  It first appeared around the 16th… (more) 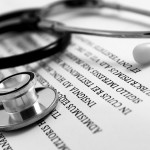 Doctors are Not Bound by the Hippocratic Oath, Thankfully

A binding agreement, as much a social contract as Social Security or Medicare, the traditional Hippocratic Oath holds those who swear to it to a strict code of professional and personal conduct. Contrary to popular belief, though, most doctors never take this oath, and, actually, most of us are probably glad they never do. Although scholars disagree about when it was written, or even who wrote it, the general consensus is that the Hippocratic Oath was penned about 2500 years ago. Most commonly attributed to Hippocrates, the father of modern medicine… (more) 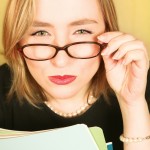 Why Squinting Helps You See Better

Squinting causes two reactions that help you visualize the world around you in better detail. First, it changes the shape of our eye, allowing light to be focused better. Secondly, it decreases the amount of light that is allowed to enter the eye. Light coming from a limited number of directions allows that light to be more easily focused. If all that seems a bit vague, it is. To completely understand why these two reactions help us see better, let’s take a more in depth look at vision, light,… (more) 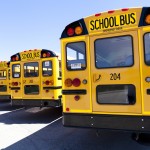 Why School Buses are Yellow

School buses are the primary mode of student transportation in North America. An estimated twenty-six million students in the United States alone are transported to school every school day via bus—over half the student population in the country. While school buses in countries outside of North America usually look like any other buses, North American school buses are distinctive for their yellow colour. It wasn’t always that way… (more) 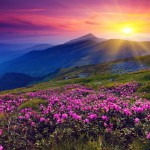 The Color Pink Doesn’t Exist? So Why Can We See It?

Absent from the visible spectrum and neither a wave nor a particle, the color pink is, for many, a scientific enigma: how can a shade that doesn’t even appear in the rainbow exist? The answer lies in color theory. Unlike art production (see below), when it comes to eyesight (and video production), the primary colors are red, green and… (more)