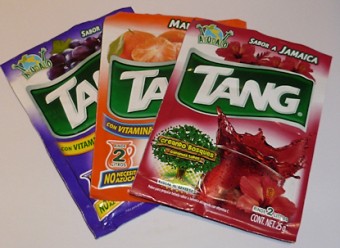 Myth: Tang was invented for the NASA space program.

In fact, Tang was actually invented by chemist and occasional playwright William A. Mitchell in 1957 while he was working for General Foods. General Foods introduced Tang to the public in powder form in 1959, but it wasn’t popular initially.

This changed when NASA decided to use it in 1962 during John Glenn’s Mercury flight and later in 1965 for the Gemini program. In both instances, the Tang was used to improve the poor taste of the water from the life support system.

The usage in the Gemini program particularly contributed to the previously unpopular drink mix becoming a huge hit. Because most people were introduced to Tang for the first time through the space program, this lead to the misconception that it was invented for that program, rather than just a generally available product that NASA decided to use, as it was.