October 26, 2013 Daven Hiskey One comment
This is a weekly wrap of our Daily Knowledge Newsletter. You can get that newsletter for free here. 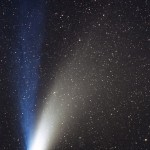 This is a somewhat uncommon occurrence given that Halley’s comet only passes by the Earth approximately every 76 years. What makes it even more remarkable is that Clemens predicted the year of his death. In 1909, Clemens—known by his pen name, Mark Twain—said, “I came in with Halley’s Comet in 1835. It is coming again next year, and I expect to go out with it. It will be the greatest disappointment of my life if I don’t go out with Halley’s Comet. The Almighty has said, no doubt: ‘Now here are these two unaccountable freaks; they came in together, they must go out together.” Clemens was indeed born just… (more) 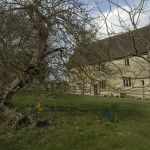 In grade school you probably learned Newton’s apple story around the time you learned that George Washington chopped down a cherry tree, that people in Columbus’ time thought that the world was flat, or that the Pilgrims celebrated the first Thanksgiving in America and invited the Native Americans to join them. Since literally none of the latter three  stories here are true (follow the preceding links for full details), you probably have your doubts about whether Newton actually sat under an apple tree and had something of a “eureka” moment concerning gravity. It might surprise you to learn, then, that your teachers got one of these stories (partially) correct. Newton… (more) 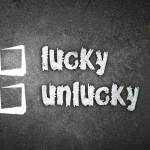 Depending on how you look at it, Frane Selak, a now 85 year old retired music teacher from Croatia, is either the luckiest, or unluckiest man in the world, having lived a life that resembles the plot to Final Destination; except after cheating death seven times, rather than be killed by a falling sign, he won £600,000 in the lotto in 2005. His first brush with death was while traveling from Sarajevo to Dubrovnik in 1962 on a train. During the trip,… (more) 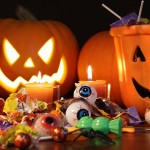 Remember your mom sorting through your Halloween candy as a kid, looking for signs of ‘tainted’ candy laced with poison, needles or razor blades?  It turns out, unless she was just using it as an excuse to steal the good candy before you got it, she was wasting her time.  You are more likely to get attacked by a samurai sword wielding bear while trick or treating than be poisoned by a stranger.  Further, it’s more likely that your Halloween candy will be poisoned or otherwise tampered with by one of your parents or family members, than a stranger.  Think about that while your mom… (more) 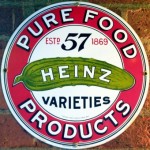 By 1892, H.J. Heinz Company had grown from a small company selling horseradish in clear glass jars, to having over 60 products.  Despite having more than 57 products, at the behest of the founder of H.J. Heinz Company, the business instituted their now famous “57 Varieties of Heinz” slogan. Henry Heinz had come up with the slogan while riding on a train in New York City in 1892.  While on the train, he spotted a shoe store advertisement that… (more) 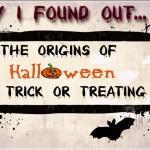 The Origin of Halloween and Trick or Treating

(Our second video) The majority of the traditions commonly associated with Halloween today are borrowed or adapted from two different festivals: The Celtic festival Samhain (pronounced SAH-win or SOW-in), meaning “summer’s end” and the Catholic Hallowmas.  The practice of wearing costumes or masks during this sort of end of Autumn celebration probably comes from a Celtic New Year’s Samhain tradition. During Samhain, young men impersonated evil spirits by dressing up in white costumes with blackened faces or masks. It was believed … (more)

It turns out, somewhat counter intuitively, those dimples significantly decrease the drag on the golf ball as it flies through the air, compared to a smooth ball.  Not only that, but they also increases the lift somewhat.  These two things combined can make the golf ball go as much as three times farther than the same ball without dimples.  The dimples on golf balls accomplish both of these things by creating turbulence in the layer of air around the golf ball, called the… 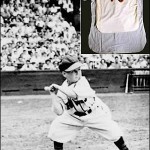 This man was 26 year old, 3 feet, 7 inch tall Eddie Gaedel.  Gaedel was signed by Bill Veeck to a Major League contract of $15,400 ($100 per game), which was the set minimum one could pay a little person performance act, per event. Gaedel was an evenly proportioned dwarf (the term for such a person at the time was “midget”, with dwarfs who were disproportionate in some way being called just dwarfs). When Veeck began scheming ideas to bolster attendance for his newly acquired, struggling team, the St. Louis Browns, he specifically requested a midget as it was more socially acceptable… 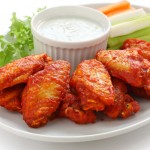 Unsurprisingly, neither the origin of the name nor the food item itself have anything to do with actual buffalo, nor American Bison which many people call buffalo even though they are not. Rather, this tasty item originated in Buffalo, New York, with most foodstorians indicating buffalo wings probably were first served in the Anchor Bar there. Frank and Teressa Bellissimo owned that bar, which they had purchased in 1939. In 1964, Theresa had an idea: why not fry chicken wings up and serve them in a hot sauce? Of course,… (more)