Myth: Doctors are bound by the Hippocratic Oath. 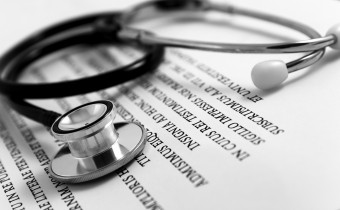 A binding agreement, as much a social contract as Social Security or Medicare, the traditional Hippocratic Oath holds those who swear to it to a strict code of professional and personal conduct. Contrary to popular belief, though, most doctors never take this oath, and, actually, most of us are probably glad they never do.

Although scholars disagree about when it was written, or even who wrote it, the general consensus is that the Hippocratic Oath was penned about 2500 years ago. Most commonly attributed to Hippocrates, the father of modern medicine, the ancient vow demands a lot from doctors, including a certain level of chastity, charity and swearing to pagan gods. It provides in pertinent part:

I swear by Apollo the physician, and Asclepius, and Hygieia and Panacea and all the gods and goddesses as my witnesses that, according to my ability and judgment, I will keep this Oath and this covenant . . . to teach them this art . . . without fee or covenant.

I will use those dietary regimens which will benefit my patients . . . and I will do no harm or injustice to them.

I will neither give a deadly drug to anybody who asked for it, nor will I make a suggestion to this effect. Similarly I will not give a woman an abortive remedy.

Whatever houses I may visit, I will . . . remain[] free of sexual relations with both female and male persons . . .

What I may see or hear in the course of treatment . . . I will keep to myself.

If I fulfill this oath and do not violate it, may it be granted to me to enjoy life and art, begin honored . . . . if I transgress is and swear falsely, may the opposite of all this be my lot.

Although ancient, swearing the oath was not used as a rite of passage at medical schools until 1508, when the University of Wittenberg first administered it. By 1804, it had been incorporated into the graduation ceremony of the medical school in Montpellier, France. However, it was still not commonly administered, and by the early 20th century, not even 20% of U.S. medical schools included the oath as part of their commencement ceremonies.

The restrictive, ancient vow poses several problems for the modern practitioner. First, the oath forbids physician use of a knife, a key instrument involved in nearly every medical practice. Second, its prohibition against abortion violates U.S. law, and would alienate over 40% of the population. Third, its restraint on euthanasia runs counter to the modern trend toward physician-assisted suicide.

Fourth, who swears to Apollo anymore, let alone the much lesser known Asclepius, Hygieia and Panacea?

Fifth, many doctors treat, or at least give medical advice to, those close to them, including spouses and sexual partners, which is prohibited by the oath.

Sixth, the oath is potentially a binding contract, which, in our litigation-heavy society, could provide a dissatisfied patient with yet another avenue to sue her doctor.  [Typically, when a patient sues a doctor, it is for malpractice – a claim that often must be brought within 1-3 years. Contrarily, when someone sues for a breach of contract, they often have a longer time period in which to sue.]

Although most do not swear to the original Hippocratic Oath, the majority of doctors do take an oath – often when they graduate from medical school. Despite early disinterest, physician oaths began to come into vogue after World War II.

In 1948, the 2nd General Assembly of the World Medical Association adopted the Declaration of Geneva, appearing below as amended:

AT THE TIME OF BEING ADMITTED AS A MEMBER OF THE MEDICAL PROFESSION:

I solemnly pledge to consecrate my life to the service of humanity . . .

I will practice my profession with conscience and dignity;

The health of my patient will be my first consideration;

I will respect the secrets that are confided in me . . .

I will not permit considerations of age, disease or disability, creed, ethnic origin, gender, nationality, political affiliation, race, sexual orientation, social standing or any other factor to intervene between my duty and my patient;

I will maintain the utmost respect for human life;

I will not use my medical knowledge to violate human rights and civil liberties, even under threat . . . .

Similarly, in 1964 a modern version of the Hippocratic Oath was penned by Professor Lasagna of the School of Medicine at Tufts University. Although the modern oath retains many of the themes of the original, it omits the troublesome parts about surgery, euthanasia, abortion and sexual relations.

A number of other, similar oaths have also been written, and today, nearly every medical school requires some sort of oath of its graduates, although most are seen as “ceremonial and nonobligatory . . . compared to that taken by a judge, president, or other politician when he or she is sworn into office.”

Seen as essentially providing only general moral and ethical guidance, many physicians today find physicians’ oaths lacking. Some point to the number and diversity of specialties in modern medicine and note that one, generalized oath is inadequate. Others identify that the oaths often conflict with necessary medical experiments, or simply do not address them.

Still others find the oaths lacking when it comes to managing infectious, fatal diseases. Strict adherence to an oath would demand that physicians treat patients infected with lethal, highly contagious diseases, like the Ebola virus, regardless of circumstance or preparedness. Likewise, an oath may prohibit a doctor from sharing patient information that would help epidemiologists and others during an epidemic.

Despite their shortcomings, doctors’ oaths are likely here to stay. As Dr. Howard Markel recently noted:

It is unlikely to become superannuated. It serves as a powerful reminder and declaration that we are all a part of something infinitely larger, older, and more important than a particular specialty or institution . . . . The need for physicians to make a formal warrant of diligent, moral, and ethical conduct in the service of their patients may be stronger than ever.