November 9, 2013 Daven Hiskey
This is a weekly wrap of our Daily Knowledge Newsletter. You can get that newsletter for free here. 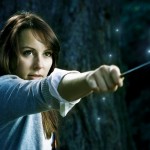 These days you might hear this word before some stage magician pulls a rabbit out of his hat, but hundreds of years ago people actually believed that “abracadabra” was a magical spell. The exact origin of the word is up for debate, but perhaps one of the oldest records we have of “Abracadabra” being used is a snippet from a Roman sage named Serenus Sammonicus in the 2nd century AD from his Liber Medicinalis… (more) 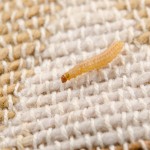 The common “clothes moth”, “clothing moth” or to give its street name, Tineola bisselliella, doesn’t actually eat clothes. In fact, clothing moths don’t even possess the ability to eat- they don’t have a mouth. Once they become a moth, rather than waste their time eating, they simply mate, the female lays her eggs, and then they die at some point. Meaning the most damage to your clothes you could realistically expect from an adult clothing moth is a stain if you go postal on one with a newspaper. So how did these moths get associated… (more) 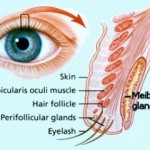 What Causes the “Sleep” in Your Eyes

“Sleep” is a type of “rheum”, which is the name for discharge from your nose, mouth or eyes during sleep.  More specifically, eye rheum is known as “gound”.  Gound is made up of a mixture of dust, blood cells, skin cells, etc. mixed with  mucus secreted by the conjunctiva, as well as an oily substance from the meibomian glands. The meibomian glands are a type of sebaceous… (more) 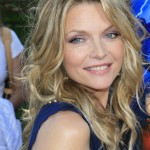 When actress Michelle Pfeiffer was just starting out in Hollywood, long before her hit movies Batman Returns and Hairspray hit theatres, she admits to being roped into the cult of “breatharianism.” Breatharians believe that humans can survive without food or water—they get all the nutrients they need from air and sunlight. Obviously as even plants can’t survive with only air and sunlight, there is no way that humans can live on just this, so how did she get wrapped up in it… (more) 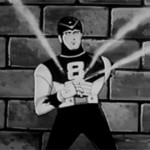 The 1960s Superhero Who Got His Power from Smoking

While there are a million plotlines and hundreds of explanations of how various superheroes got their special powers, there was one superhero in the 1960s who maintained his powers to fight evil by lighting up. “8-Man” originally ran as a weekly comic strip in Japan from 1960 to 1963, then a half-hour cartoon from 1963 to 1964.  The show… (more) 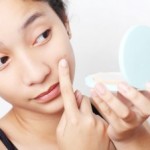 Ah, acne! The facial blemish that powers many a pubescent date request rejection. Like millions of people worldwide, in my youth I waged a war with this aesthetic foe, with many a “Pizza-face” comment thrown my way.  Medically known as Acne Vulgaris, this affliction is largely cosmetic and does not usually cause any debilitating problems, except maybe trouble getting a date in high school… The most common cause of acne is a class of bacteria called… (more) 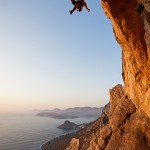 Ever been on the edge of a cliff or looking out the window at the top of a skyscraper and your hands start to sweat? Or maybe it’s when you’re about to speak in front of an audience? The individual who introduced you might shake your hand and hope you didn’t just come from the bathroom because your palms are more saturated than a sponge in water. So what’s going on here? Medically, the condition of having excessively sweaty palms is known as “Palmar Hyperhidrosis”. In general… (more) 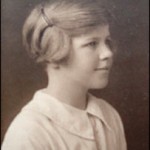 The girl was Venetia Burney of Oxford, England.  Venetia’s great uncle, Science Master of Eton Henry Madan, in 1877 suggested the name for the two dwarf moons of Mars, Deimos and Phobos (fear/panic and dread/terror).  This was referencing the fact that Deimos and Phobos were twin brothers, the children of the god Ares (Mars in Roman mythology), specifically being the offspring of Ares and Aphrodite. Because an 11 year old girl suggested the name Pluto and the Disney dog, Pluto, first appeared around the same time, it has given rise to the myth that Venetia came up with the name after the cartoon dog.  The fact… (more)