October 19, 2013 Daven Hiskey
This is a weekly wrap of our Daily Knowledge Newsletter. You can get that newsletter for free here. 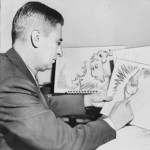 Dr. Seuss Wrote “Green Eggs and Ham” on a Bet

The bet was made in 1960 with Bennett Cerf, the co-founder of Random House, and was for $50 (about $382 today).  Despite Dr. Seuss, a.k.a. Theodore Geisel, winning the bet by producing one of his most popular works Green Eggs and Ham using exactly 50 unique words, Cerf never paid up.   Green Eggs and Ham went on to be Geisel’s best selling work, so he made out on it anyways. Geisel’s first successful… (more) 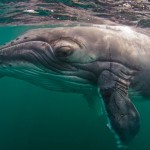 Contrary to what you may have seen in such movies as Pixar’s otherwise extremely entertaining Finding Nemo, whales don’t  spray water out of their blowholes.  Further, the whale’s trachea doesn’t connect to the esophagus of the whale; so when Dory and Marlin went down the whale’s throat, in real life, they’d have simply been eaten. (Another interesting thing about Finding Nemo is that when the mother died, the father would have turned into a female and become the mother– clownfish are all born male with the… (more) 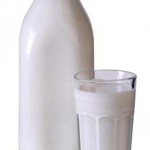 Milk is made up of about 87% water and 13% solids, such as fat and various proteins.  Chief among these proteins is something called casein, four types of which make up about 80% of the proteins in milk.  The casein protein molecules are typically suspended somewhat uniformly throughout the milk and are spherical, about a micrometer across.  The reason they are typically somewhat uniformly suspended in the liquid is because kappa-casein molecules have a negative electrical… (more) 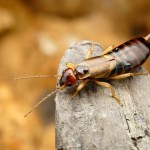 Do Earwigs Really Burrow Into Your Brain and Lay Eggs?

Now, to answer your question, we’ll start off talking about the mating habits of the earwig.  To make baby earwigs, the male grabs and holds onto the female and they, literally, bump uglies. The eggs may not fertilize immediately (the sperm can hang around for several months before fertilizing the eggs), but ultimately they will.  At some point, the lady comes to her senses- no doubt realizing the male is super creepy looking- and exiles him from the nest- yes, nest, that… (more) 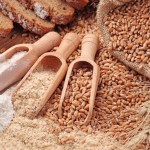 Grape-Nuts is a wheat and barley cereal developed by C.W. Post in 1897, and it has actually made some interesting contributions to American food history. A box of Grape-Nuts actually contains “whole grain wheat flour, malted barley flour, isolated soy protein, salt, whole grain barley flour, malt extract, and dried yeast.” It also boasts a number of essential vitamins and minerals. From what I could find,… (more) 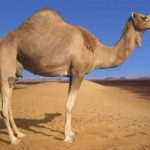 So what are Camel humps filled with?  It turns out, fat.  These fat humps can weigh as much as 80 pounds and allow the Camel to comfortably go one to two weeks without eating, if necessary. Now, some of you out there might be saying to yourselves, “Well, but 1 gram of fat actually gets converted to more than 1 gram of water during the metabolic process, so it actually is a kind of water store.”  This is correct in principle,… (more) 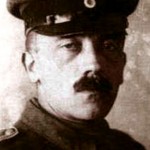 Today I found out the fate of the survival of Hitler’s bloodline rests in the hands of just five family members: the two sons (Peter Raubal and Heiner Hochegger) of Adolf Hitler’s half-sister Angela Hitler, and the three remaining sons (Alexander, Louis, and Brian Stuart-Houston) of Adolf’s half-brother Alois Hitler Jr. During his life, Hitler strove for what he viewed as perfection. He was convinced that the Aryan race was the Master Race… (more) 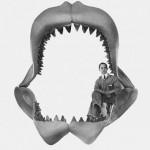 The (Carcharodon) Megalodon is thought to have looked something like a Great White Shark, only a bit more stocky and overall bigger… much bigger, with an average adult Megalodon estimated to have weighed around 70-100 tons (about 30 times that of a Great White Shark which full grown tend to be about 2.5-3 tons).  The Megalodon is estimated to have been around 15-24 meters long (50-78 ft., compared to a typical… (more)