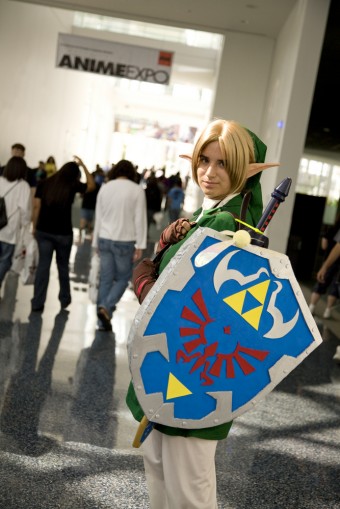 The Legend of Zelda is aptly named, as the series has truly become a legend within the gaming industry. Every new generation of gamers have been given the opportunity to fall in love with it through their current Nintendo console. Or if they’re purists, going back to the original NES game. However, the fundamentals have pretty much always remained – a boy in green whose quest is to stop an evil wizard and save the princess. You don’t mess with perfection.

The question is- where did the inspiration for the Legend of Zelda come from? What inspired Nintendo to create a series that would subsequently exhilarate millions of gamers worldwide, many of whom would engage in a lifelong love affair with the franchise? This may sound familiar, but it really did all start with a young boy…

His name was Shigeru Miyamoto, and if you’re a seasoned gaming fan you more than likely recognize the name. If not, he’s the guy responsible for a couple of small indie franchises you’ve probably never heard of- Super Mario Bros, Donkey Kong, F-Zero and Star Fox… Yep, one guy. It’s not surprising from this that he’s known as the “father of modern gaming”. He is also responsible for one of my favourite quotes of all time

Video games are bad for you? That’s what they said about rock and roll.

In addition to the aforementioned series that he has under his belt, Miyamoto is also the principal creator of the Legend of Zelda. And I wasn’t joking when I said that his journey towards one of the greatest series of all time began when he was a boy.

Miyamoto himself has stated that his primary inspiration for the character and the game flow was derived from his explorations of the hillsides surrounding his childhood town of Sonobe, Japan. Much like Link himself, Miyamoto would adventure through the forests, caves, lakes and small villages. As he said,

When I was a child, I went hiking and found a lake. It was quite a surprise for me to stumble upon it. When I traveled around the country without a map, trying to find my way, stumbling on amazing things as I went, I realized how it felt to go on an adventure like this.

Yet another memorable moment of adventure for Miyamoto was when he discovered a cave entrance and explored its interior with the aid of a single lantern. There presumably wasn’t an old man inside handing out wooden swords.

As for the titular name, it was derived from none other than the great Zelda Fitzgerald. For those of you unfamiliar, she was the extremely free-spirited and highly publicized (in her day) wife of literary legend F. Scott Fitzgerald, creator of The Great Gatsby, among a myriad of other works.

So why did Miyamoto choose this name for his princess? Apparently he thought it sounded “pleasant” and “significant.” He certainly wasn’t wrong about the latter.

But what about Link? Well, his depiction was inspired by Peter Pan – the other green clad boy that never seems to grow up. Miyamoto said he wanted his protagonist to be recognizable. And what better way to do that than to use a similar depiction to arguably the most well-known boy in children’s entertainment?

As for the name, that came from the series taking place in the past, present and future, with the main character being the “link” between them.

So there you have it, it started with an adventuresome boy who loved exploring, who then became a man who created a game about a boy who in the process of exploring has adventures.  Seems to have worked out.  To date, depending on what source you want to go with, the Zelda franchise has sold somewhere between 70-80 million copies of the various games in the franchise.