The Difference Between The UK, England, And Great Britain 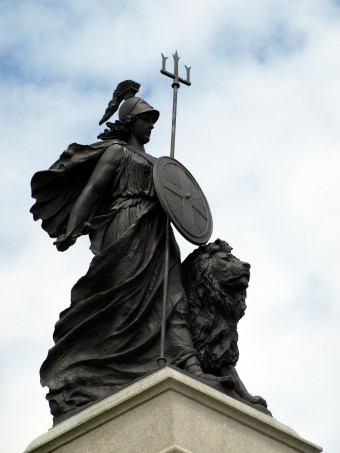 Today I found out the difference between The United Kingdom, England, and Great Britain.

The confusion of the terms seems to revolve around the term “country” and the political powers that are perceived based on that word. While the four countries that make up the UK are considered separate in the minds of locals, and in certain sporting events, their powers for local law and control are devolved from the UK. Think of the 50 states of the United States, while each state has their own set of laws, they all are still under the power of the federal government. In the case of the UK, it is somewhat similar, though certain responsibilities are also implied, like healthcare and education, that are delegated to three of the four countries. The responsibilities that are delegated differ from one country to the next. England is the only country in which the UK does not devolve any powers and instead it is legislated directly by the UK government. When it comes to international politics, it is the sovereign nation of the UK that is recognized and not any of the four constituent countries.

The term “Great Britain” refers to the land mass that comprises England, Scotland, and Wales. Something that aids in the confusion as to the difference between Great Britain and the UK is that the term is sometimes internationally used as a synonym for the UK.  For instance, the UK’s Olympic team competes under the name “Great Britain” and the ISO (International Organization for Standardization) gives the UK the country codes of GB and GBR. This can be confusing given that the ISO also codes England, Scotland, and Wales as subdivision countries of the UK but Northern Ireland as a subdivision province. If you’re getting the impression that Northern Ireland is the red-headed stepchild of the UK, you may be right! (both figuratively and literally, if you believe the current statistics for redheaded populations that is)

The confusion over the definition of these four countries, in reference to the UK, is further muddied up in sporting competitions. There are several international sporting events, like the commonwealth games, and football competitions, in which each of the four has their own team, and do not compete under a unified national team. When competing under these conditions, their nations are referred to as “home nations”. Because each team is from a specific home country, it can lead some to think these countries have political autonomy as well. Given the inebriated thought processes attained during the enjoyment of these competitions, it’s not too hard to understand where this drunken confusion comes from.