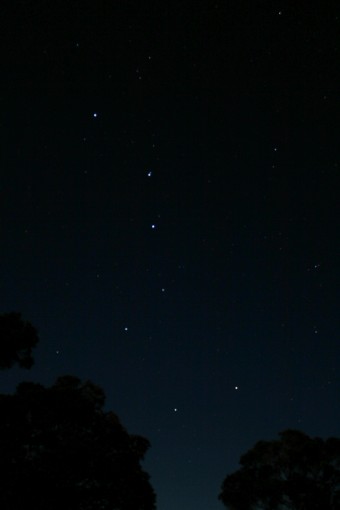 Myth: The “Big Dipper” is a constellation.

In fact, the Big Dipper is an asterism.  A constellation is an officially recognized group of stars as defined by the International Astronomical Union. Constellations are used to split the celestial sphere into different sections that aid in locating objects in the sky, kind of like landmarks on a map.

An asterism, on the other hand, is a popular grouping of stars easily recognized by the casual star observer.  Asterisms, which may be part of a recognized constellation, are not constellations themselves.  The Big Dipper is one of the most well-known and easily spotted collection of stars in the Northern Hemisphere, and although it is often mistaken to be a constellation, it is merely an asterism. It consists of seven bright stars and is part of the constellation Ursa Major or Great Bear.

Although the Big Dipper is not recognized as an official constellation by astronomers’ standards, it played a part in the history of the Underground Railroad. Since the Big Dipper is easy to locate in the sky and because its position remained relatively stable throughout the year, they used the Big Dipper to locate the North Star as they traveled north in search of freedom.  Specifically, the two stars at the outer edge of the Big Dipper’s bowl are called the “Pointer Stars”. By locating the Big Dipper in the sky and following the line of the Pointer Stars, you can locate Polaris, also known as the North Star.  This usage can be heard in such folk songs as Follow the Drinking Gourd (Drinking Gourd being an alternate name for the Big Dipper). This folk song consisted of numerous coded verses which guided slaves in their journey northward, giving them directions for their escape route.

So, even though asterisms like the Big Dipper are not officially constellations, they can at times be just as useful, particularly given that many stars in constellations do not shine brightly and may be difficult to see with the naked eye, making the constellation difficult to spot to the untrained eye.