Where Did the Zika Virus Come From and What Does It Do to Your Body?

March 2, 2017 Scott
Jess M. asks: Where did the zika virus originally come from? 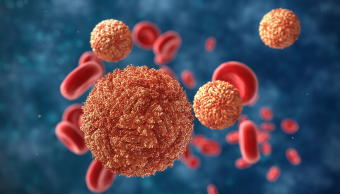 The Zika virus was first discovered in 1947 in a Sentinel Rhesus monkey in Uganda.  It was later shown to reside in mosquitoes in 1948, with the first human infections documented in 1952.  Zika belongs to a class of viruses known as Arboviruses, which are essentially any virus transmitted from blood-sucking arthropods, like mosquitoes and ticks, to vertebrates like humans. Technically a Flaviviridae virus, Zika is also in a family of viruses that include West Nile, Yellow fever, and mosquito transmitted Dengue Virus.

Arboviruses, in general, are difficult to differentiate from one another because they can present so similarly.  The modes of transmission are also difficult to nail-down because many infected only present with mild symptoms, while a large percentage show no clinical signs at all. Common symptoms include body aches, fever, chills, headache, progressing to nausea and vomiting, sometimes a rash.  Severe symptoms can include high fever, confusion, seizures, severe headache, and loss of consciousness.

The flu-like symptoms in which these viruses present, combined with their mostly mild nature, should not deter you from the very real health problems they can potentially cause.  Arboviral infection has been increasing dramatically over the past few decades.  In the United States in 2003 alone there were 9,858 confirmed cases with 262 deaths reported.  The annual incidence and fatalities from Japanese encephalitis are estimated as high as 50,000 in Asia.  Dengue infects more than 50 million people every year worldwide.

Concern over Zika began increasing in 2007 when a major outbreak on Yap Island in Micronesia caused something of an epidemic.  It quickly spread to French Polynesia in October of 2013, New Caledonia in January of 2014, and to Cook and Easter Island in February of 2014. The first confirmed case in Brazil was diagnosed in March of 2015.  From there, it quickly spread throughout parts of the Americas.  The first United States case of Zika was diagnosed on January 17, 2016 in Hawaii.

Health officials began getting even more concerned when Zika was associated with an upswing in cases of an autoimmune disease known as Guillan Barré syndrome (GBS), then becoming linked to an increase in a devastating brain abnormality called microcephaly in infants born from infected mothers. Just as concerning was the fact that the virus was spreading throughout the general population faster than most arboviruses.

Now to transmission- while there are still many questions about Zika’s epidemiology and transmission, there is quite a bit we already know.  It can be transmitted via mosquito bites, blood transfusions, or sexual contact.  It can survive in semen for approximately 2 weeks.  Its spread from infected to mosquito can last up to 1 week after the initial infection.  80% of people are asymptomatic during the initial infection which can last for about 10 days.  The other 20% of patients present with mild, non-life-threatening symptoms like fever, joint and muscle pain, conjunctivitis, headache, retro-orbital pain and emesis.  Once the symptoms are present, they typically last from days to 1 week.

To get ultra-technical, it blocks translation of type 1 interferon, and the phosphorylation of the immune regulatory proteins STAT 1 and STAT 2.  It does, however, leave another immune signaling pathway open called RIG-1-like receptor signaling.  Thus, it’s this open pathway that is currently a target for drug therapies that boost the immune system in response to Zika.

As for what’s going on with Zika and babies, the way Zika attacks dendritic cells appears to be the same way it affects other fetal and placental cells, including what are known as placental macrophages, the result of which is an abnormal developing fetus leading to fetal brain damage and microcephaly (in a nutshell, a reduction in head circumference that can be associated with delayed brain development).

Researchers are also looking into a link between Zika virus and a wide range of other neurological disorders.  As previously mentioned, they have already found Zika is a trigger for GBS. This causes the immune system to destroy the myelin sheath surrounding your axons (the extensions of a nerve cell carrying nerve signals); the myelin sheath speeds up the signal sent down the axon.  The result of this sheath deterioration includes symptoms like weakness and abnormal sensations in your arms or legs.  It can ultimately progress to paralysis of certain muscle groups.  In severe cases, it can leave a person completely paralyzed and can potentially interfere with breathing, heart rate and blood pressure.  25% of GBS patients require artificial ventilation and 20% lose the ability to walk for up to 6 months.  3-10% of them die despite standard care.  In areas where artificial ventilation isn’t available, the mortality rate is much higher.

Since there is no current vaccine for Zika (although the National Institute of Health predicts there could be one as early as 2018), typical treatment for the virus involves simply treating the symptoms- reducing fever, treating the body aches, pain, and other symptoms involved with all types of viral infections.  There are several other types of medicines used to treat arboviruses being looked at as well, such as the anti-malarial drug Hydroxychloroquine, which has also been used to inhibit dengue virus, and Amodiaquine, which has been used to treat Ebola.

However, the timeline for development of these types of treatments for Zika is a concern.  When the Zika virus broke out on Yap Island in 2007, 73% of the population was infected within four months.  The Aedes Mosquitoes (the type mainly responsible for Zika spread), is present in most of the countries of the Americas. These factors combined has led many researchers to opine Zika may spread and become endemic throughout North and South America before such a treatment can be produced.

All this said, while the Zika virus has certainly garnished our attention over the last few years and there are some very real concerns for certain people (GBS and microcephaly are no laughing matter), a reality check is that even should you be infected with Zika and are pregnant, you still have roughly a 99% chance of having a normal, healthy baby.