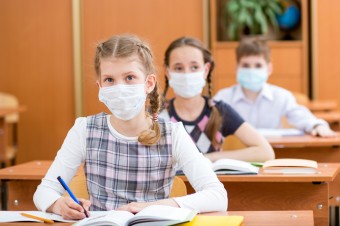 What if we told you that around 90 years ago an epidemic swept across the world that killed over a million people while affecting numerous others, before disappearing, leaving the finest scientific minds of the age absolutely stumped .

Then what if we told you that when it didn’t kill you, this illness could instead potentially trap you inside your body, stopping you from having the will to move or speak. You’d say we’d have to be lying because no disease that terrifying could stalk the Earth and have resulted in such an epidemic without being front-page news and remembered in the history books.

Well, it did exist and cases continue to be brought forward even today; it remained one of the biggest medical mysteries for nearly a century, with scientists only very recently getting an inkling of what causes the disease, though none of the leading theories have been definitively proven yet.  As you might expect from this, there is still no cure. Ladies and gentlemen, today we’d like to talk about von Economo disease.

As you’ve probably guessed if you’re fantastically well read, von Economo disease is named after someone named von Economo- Constantin von Economo- a psychiatrist, neurologist, and one-time owner of a magnificent moustache, who is widely credited as the first person to thoroughly document the disease in question.

Economo published his findings on the disease in April of 1917, just a few short years before it became an epidemic, but several years after it had first come to the attention of academics and medical professionals.

In his paper, aptly named “Die Encephalitis lethargica“, Economo christened this new disease, Encephalitis lethargica, which means something along the lines of “brain illness that makes you sleepy”. Today, the disease is mostly known as von Economo disease, in Economo’s honor, and Sleepy Sickness when someone doesn’t wish to pay homage to Economo’s glorious facial hair.

As a neurologist, the disease was of particular interest to Economo and he discovered variations on how the disease manifests including, among other presentations,

A few years after Economo’s discovery and paper, the disease was part of an epidemic that swept across the world trapping many thousands in their own bodies and killing about a million total.  In the end, approximately 40% of those affected died, 20% survived but were invalids, 26% mostly recovered but with long term issues, and the remaining 14% made full recoveries. So with it affecting so many, why have you never heard of it? Well, the disease had amazing timing in that it spread across the world around the same time as the Spanish Flu pandemic.

For those of you who aren’t familiar with it, the Spanish flu killed between 50-100 million (yes, million) people and infected around a half a billion around the globe (roughly 1 in 4 humans at the time and possibly killing as many as 1 in 20); it even reached places as remote as the Arctic in-between 1918 and 1920.

So, even though Encephalitis Lethargica killed its fair share of people and was hugely terrifying in its own right, because it took place just after a disease that affected a reasonably large percentage of the world’s population, it just wasn’t as noteworthy compared to the super-disease that had just punched humanity in our collective nether regions.

Due to their close proximity to each other, the Spanish flu was initially linked to the Encephalitis Lethargica outbreak, a theory modern medical science thinks isn’t likely though there are still some who think there may have been a connection, via an autoimmune response killing certain neurons in the brain. However, given the lack of similarities between the two in terms of systems effected, with the only solid connection being they appeared around the same time, most still think the Spanish flu was not related.

That said, it does appear to be an immune system response causing the problem.  In 2004, virologist John Oxford et al published a paper on the results of their studying over 20 current patients with the disease and found a similarity.  55% of them were known to have had sore throats before the disease started more strongly presenting.  They then discovered that the sore throat in every case had been caused by a rare form of streptococcus (for you hypochondriacs out there, try not to dwell on that one next time you get strep-throat ;-)).

This rare form of streptococcus resulted in a particularly strong immune system reaction, which in turn resulted in the patient’s immune system attacking certain parts of the their brains, with the result being von Economo disease.

Once the researchers discovered this, the Holmes-like doctors checked and, sure enough, the records indicated that during the early 20th century epidemic many of the patients also reported sore throats before the disease presented.  The eureka moment, though, came when they found a reference that diplococcus microbes had been documented among some of the patients- a form of streptococcus.  So while it still hasn’t been definitively proven, evidence strongly suggests that this is the cause of the disease.

As mentioned above, there was (and still is) no actual cure or very effective treatment for the disease, so after its reign of terror was largely over around 1926, the world was left with a far more pressing problem- the thousands of living paper-weights the disease hadn’t killed, still alive across the globe and in a catatonic state.

That said, in patients suffering from the hyper-kinectic form of the disease, certain steroids have proven partially effective in small studies and have been put forward as a suggested course of treatment. However, the fate of those trapped in their own bodies is a lot less treatable, though since the disease is similar in some ways to Parkinsons, treatments for it have proven somewhat effective in the past.

For example, in the 1960s, patients from the original outbreak were granted small movement for the first time in decades upon taking the drug Levodopa; however, as a cruel twist of fate, after only a few weeks of “waking up,” the patients treated with the drug developed a tolerance to it and slowly slipped back into their paper-weight states.

If that sounds like a familiar plot-line, it’s because the event was turned into a book and later a movie called “Awakenings” which was remarkably similar to the actual events that occurred all those years ago with these von Economo patients.

In the end, the disease is still around and an outbreak of 1920s-like proportions is fully possible today- and us still without a cure. Wow, and people were scared of bird flu? We sure hope they don’t read this and share it on Facebook or something and it goes viral *bodop-ting*… seriously, share this on Facebook. We’re not proud; we’ll take the exposure any way we can get it. 😉