March 6, 2017 Dusti
This is a weekly wrap of our popular Daily Knowledge Newsletter. You can get that newsletter for free here. 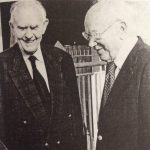 You’ve probably heard of Oskar Schindler, the German industrialist who saved the lives of 1,200 Jews during the Holocaust. Here’s a story you probably haven’t heard—about two men who pulled off a similar miracle in Poland.  Dr. Eugene Lazowski was a young Red Cross physician living in the village of Rozwadow during the Nazi occupation of Poland in World War II. Life in Poland under German occupation was a time of unimaginable suffering and horror. By the time the Soviet Union’s Red Army finally drove the Germans out in 1945, one fifth of the entire Polish population had been murdered, including 3 million of Poland’s 3.4 million Jews, and 3 million Polish Gentiles. Millions more Poles were arrested and put to work…(more) 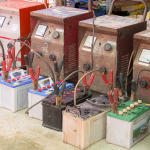 Why Does Storing a Car Battery on a Concrete Floor Drain It?

Contrary to very popular belief (even touted by many a mechanic), today’s car batteries with their hard plastic shells will not discharge or otherwise be damaged when placed on a concrete floor. (The other way around isn’t always true, with an already damaged battery leaking battery acid on a concrete floor potentially causing some damage to said concrete. And if you’re curious, see: The Difference Between Concrete and Cement) But don’t take our word for it. To quote Interstate Batteries, “The type of plastic (polypropylene) used in battery cases is a great electrical insulator. Also, tremendous technological improvements…(more) 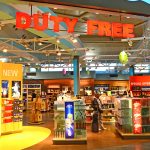 Providing shoppers with a chance to buy and transport goods across international boundaries without paying local and national taxes, duty-free shops are found in airports and other ports and stations around the world. A creation of the 20th century, duty-free shops mark a sharp departure from more than 2,000 years of nations generating revenue by taxing the trade in commodities and other goods. The practice of imposing such taxes traces its origins to at least the ancient Greeks and Romans where duties were levied on a wide variety of imports and exports. As leaders through the ages…(more) 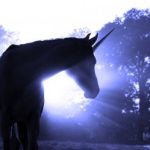 Did Unicorns Ever Exist?

On November 30, 2012, the Korean Central News Agency, North Korea’s government “news” agency, reported that scientists had “reconfirmed” the existence and location of the final resting place of the unicorn ridden by King Dongmyeong, the founding father of Goguryeo of an ancient Korean kingdom. The unicorn’s grave was located under a rock near the North Korea capital of Pyongyang with an engraving that read “Unicorn’s Lair.” Like many supposed news reports that comes out of North Korea these days, this reported evidence that a mythical creature like the unicorn once existed was mostly ignored and laughed at by…(more) 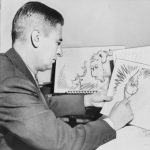 Dr. Seuss Wrote “Green Eggs and Ham” on a Bet He Couldn’t Write a Book With Less Than 50 Words

Dr. Seuss wrote “Green Eggs and Ham” on a bet that he couldn’t write a book with fifty or fewer distinct words. The bet was made in 1960 with Bennett Cerf, the co-founder of Random House, and was for $50 (about $382 today). Despite Dr. Seuss, a.k.a. Theodore Geisel, winning the bet by producing one of his most popular works Green Eggs and Ham using exactly 50 unique words, Cerf never paid up. Green Eggs and Ham went on to be Geisel’s best selling work, so he made out on it anyways. Geisel’s first successful children’s book…(more) 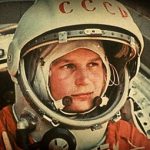 Peanuts, Peeing on the Side of a Bus, and Planting Trees – The Traditions of Going Into Space 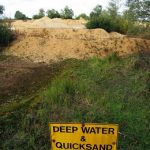 How to Survive Being Trapped by Quicksand

First, don’t panic! Panicking in quicksand is pretty much one of the few ways to turn this slightly dangerous situation into deadly. Second, if you are wearing something heavy attached to yourself like a backpack, unstrap it immediately if you feel it pushing you down. Outside of having something attached to yourself that is heavy relative to its volume vs. the mass of the quicksand per unit volume, it turns out that it is impossible to sink in quicksand. If you were simply to stand completely still, the lowest you are likely to sink is to around your waste. Thrashing around however, has been shown to cause the sediment and water to separate somewhat. This will cause you to sink deeper and deeper the more you thrash, to the point where you’re almost completely submersed; then your thrashing, due to some suctioning…(more) 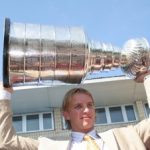 Who is Stanley and Why is There a Cup Named After Him?

The oldest championship trophy in professional sports in North America, the Stanley Cup’s rich history is only matched by that of it’s namesake. Lord Stanley of Preston, Sir Frederick Arthur Stanley was born into one of England’s richest families in 1841 and could trace his ancestry back to William the Conqueror. He attended Eton College and in 1858, became a member of the Grenadier Guards. By the time he retired seven years later, he had attained the rank of Captain…(more)