Why Do People Seem To Get More Colds In The Winter?

December 18, 2012 Scott
Jennifer asks: Why do people seem to get more colds in the winter? 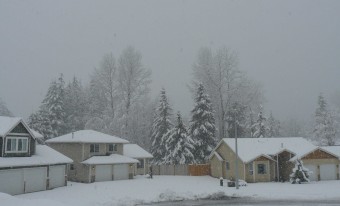 Well Jennifer, this does seem to be the societal perception, no doubt promoted by every overprotective mom telling their kids to put a coat on when going outside, because they might catch a cold.

There are two aspects to this question. The first is temperature. Numerous studies throughout the last century have shown that cold temperatures will not increase your chance of becoming infected by a cold virus. Now that’s out of the way, let’s attack the second aspect. The fact that there is a “cold and flu season”, and it does coincide with cooler temperatures.

The analytical side of me needs to break through some societal tendencies before this second aspect can be evaluated. From my experience, when people get sick, they tend to describe mild symptoms as “colds” and severe ones as “the flu”. Unfortunately, you can’t diagnose an illness simply by the perceived severity of symptoms. If any given group of people were exposed to the same cold virus, many would have mild to no symptoms, and some would have more severe reactions. The same can be said for flu viruses. The distinction between the two also gets blurred by some people’s tendency to over-exaggerate their symptoms. In truth, a person’s reaction to them aside, these are two very different types of viruses.

There are over 200 different strains of “cold” viruses, mainly made up of rhinoviruses (up to 50%). The average adult in the US will get 2-4 colds per year. The average child will get 6-8. These types of viruses usually are associated with mild symptoms. Up to 25% of infected people won’t show any symptoms at all. Most won’t get a fever, and if you do, it will be low-grade- around 100 degrees Fahrenheit. Your Runny nose (thus rhinovirus) and cough will tend to be mild. These viruses primarily won’t transmit through the air. Instead, people become infected by coming into direct contact with someone who has an infection, or touch something that an infected person touches.

Influenza, however, is a much more sinister beast, affecting approximately 10% of the US population every year. This virus tends to start with sudden onset of a higher fever between 100-104 degrees Fahrenheit. It then progresses into chills, headache, muscle aches and a loss of appetite. Flu’s can also lead to more serious conditions like bronchitis and pneumonia. Those whose immune systems might be compromised, like the elderly or chronically ill, are at risk of death. Approximately 20,000 people a year die from the flu, so maybe mom was right. You will catch your death!

So why the increase in these illnesses in the winter? It seems this knowledge has been around for many centuries. The word influenza comes from an older Italian phrase “influenza di freddo” or “influence of the cold”. The flu-season usually ranges from November to March in the northern hemisphere (the coldest months) and May to September in the lower. In fact, in tropical climates, there tends to be extremely low incidences of flu and certainly no true “flu season”.

There are several contributing factors to why cold temperatures increase influenza infection rates, all of which seem to be well known and promoted by health officials in numerous publications. The most common is that people tend to stay indoors when the temperatures get colder. This allows people to be in closer contact with each other and therefore makes it easier to pass the virus from person to person. Another contributing factor could be that in large parts of the country children are going back to school and interacting more with their fellow infected. In fact, most epidemics can be traced back to children.

The answer to this riddle lies in how the influenza virus reacts to temperature and humidity. The virus is extremely stable in colder temperatures, 41 degrees Fahrenheit optimally. The warmer you go, the less stable it becomes. Around 86 degrees, the virus isn’t transmitted at all.

Humidity also plays a very important role. Influenza is primarily transmitted on the droplets from your respiratory tract (cover your mouth when you cough kids!) The more humid the environment, the more water is available for those droplets to “pick up”. The heavier the droplets become, the faster they will fall to the ground and out of the way of our mucus membranes. In drier environments, those death droplets hang around in the air longer for others to breathe in. In fact, one study showed that the virus was best transmitted at a humidity of 20% and not transmitted at all once the humidity reached 80%. (And you thought moving to more tropical climates when you get old and sick was just a bunch of voodoo medicine!)

That same study showed animals transmit the virus for a full two days longer at 41 degrees F than they do at a room temperature of 68. The conclusion was that a person’s respiratory tract is colder and therefore the virus can be more stable inside your mucus membranes.