Why Does Stress Hurt the Body and How Do You Get Rid of It?

March 2, 2017 Scott
Jeremy A. asks: Why is stress bad for you? Shouldn’t we have evolved to not get stressed given it’s harmful? 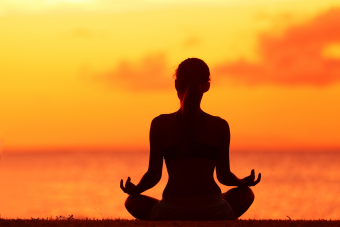 Stress, in general, comes in a few different forms- acute, episodic, and chronic. Acute stress can be very beneficial to you.  Have you ever come face to face with a rabid puma?  If so, the ability of your body to react quickly can be very beneficial.  Too much stress, like in the case of episodic or chronic, can lead to a host of psychological and medical problems.

So what exactly is happening in the body when you get stressed? Stress begins when the danger is perceived. The signal is initially sent to an area of the brain called the amygdala; this almond-shaped grouping of neurons processes the information, and if it senses danger, sends a distress signal to your hypothalamus.

The hypothalamus plays a critical role in keeping the body’s many systems in a state of homeostasis- basically, acting as a connector between the endocrine system and the autonomic nervous system. This connection regulates the body’s many requirements, maintaining them in a state of equilibrium, including things like body temperature, sleep cycles, sex drive, blood pressure, heart rate, thirst, production of digestive juices, and in the case of stress, stimulating your sympathetic nervous system.

Commonly known as your fight or flight nervous system, when the amygdala sends its distress signal to the hypothalamus, the hypothalamus responds by sending a message down your autonomic nerves to your adrenal glands.  Located above your kidneys, these glands immediately send out a hormone called epinephrine, sometimes referred to as adrenaline.  This hormone also belongs to a class of neurotransmitters (the things that allow your nerves to communicate with each other) called catecholamines.

Epinephrine isn’t the only catecholamine released in response to stress.  Dopamine and norepinephrine are also secreted.  Together, these neurotransmitters do several things within the brain.  For instance, they cause the release of a small protein called Neuropeptide S., which decreases sleep and increases alertness, sometimes giving you sense of anxiety.  They also affect memory by suppressing short-term memory, while simultaneously signaling your hippocampus to store the information in your long-term memory. This allows you to react quickly, but makes it difficult to perform intellectual tasks and interferes in social skills and behaviors.

Your body’s other responses to these catecholamines are both complex and immediate.  Your blood vessels begin constricting, while simultaneously your heart rate increases.  Your breathing rate increases, at the same time small airways in your lungs expand.  Blood sugar is released from the many stored areas of the body supplying the energy needs.  The result is an increase in blood and oxygen being pumped to the many muscles and organs of the body.  (Very critical if trying to bob-and-weave to avoid that crazy-cat!)  Some studies suggest your blood-flow may increase by 300-400%.

If all this seems like it would take way too long to happen in a beneficial way, never fear (pun intended).  The reactions by your amygdala and hypothalamus are so fast the neurotransmitters and hormones start their cascade-of-security before the visual centers of the brain have even processed the information it just received!  (Nature’s way of giving you a head start when faced with the sudden on-slot of a carnivorous-creature!)

Your hypothalamus causing your adrenal glands to release catecholamines is only a small part of the stress response.  The body reacts to stress, fear, and worry in a much more all-encompassing way. Known as your HPA axis, this stress response involves a connection between your hypothalamus, pituitary, and your adrenal glands. Once the instinctual reactions caused by catecholamines begin causing you to fight or flight, other hormonal signals continue giving you all the benefits needed to maintain your panic-like state.

At the same time catecholamines are released, your hypothalamus also begins secreting corticotropin-releasing factor.  This hormone then attaches to your pituitary gland and causes it to release adrenocorticotropic hormone.  Once in your circulatory system, it attaches to your adrenal cortex, causing the release of Glucocorticoids, primarily Cortisol.

Cortisol is a steroid hormone.  Its primary functions include increasing blood sugar, suppressing your immune system, and aiding in the metabolism of fats, proteins and carbohydrates.  It’s also important in regulating several body systems including the heart, lungs, circulation, metabolism, immune system and skin. Cortisol also reduces the effects of parts of the immune system, thereby allowing white blood cells and other molecules to propagate in areas where injury will most likely occur, like your skin and lymph nodes.

The activation of your fight or flight nervous system also reduces the effects of your parasympathetic nervous system, commonly known as your rest-and-digest nervous system.  The consequence is a reduction in the effects of your digestive system. You might also get a dry mouth and throat caused by blood-flow being diverted to more essential areas of the body.  The resulting skin responses include cool, clammy, sometimes sweaty skin.  Your scalp will also tighten causing some hair to stand up.

As you can see by this tour of the science behind what’s happening in your body when you feel stress, if you needed your body to fight off a crazy-cat, these responses can be lifesaving.  However, problems arise when these responses happen consistently throughout our lives, or when the stress is perceived and not actual.

As previously mentioned, the stress response is activated when there is a real, or perceived threat to homeostasis.  They can also be external or internal. Real external stresses can be things like that mad-mouser, painful stimuli, or stressful psychological environments such as poor working conditions, unhappy marriages, or when one is having financial problems.   Real internal stressors can be things like infection, illness, or inflammation.

Some studies have shown perceived stress, like when simply thinking or focusing on those real stressful situations, or continually rehashing stresses from the past, cause the same cascade of hormone release as actual stress.  Your endocrine glands appear to be unable to differentiate between an outside influence, and the memory induced influences caused by simply thinking about upsetting things. Does post-traumatic stress sound familiar?

Now that you know what effects stress has on the body, imagine those same responses, such as overexertion of your cardiovascular system, on a consistent basis. (Thus why chronic stress is a risk factor for heart attacks and strokes.) In addition, the perpetual high levels of cortisol causes impaired cognition, increase in abdominal fats, rapid weight gain and a lowered immune system- no surprise then that chronic stress is also a risk factor for diabetes, coronary artery disease, and why it increases your chance of getting sick.

Chronic stress has also been shown to be a risk factor for countless other health problems, such as  depression, insomnia, anxiety, irritable bowel syndrome, substance abuse, sexual and reproductive dysfunctions, headaches and unexplained muscle and joint pain.

Now that you know the cause, how do you get rid of stress? Simple on the surface but often difficult to implement, the cure is just to remove or reduce the stressful input. Of course, it’s easy to say “I’m going to quit my stressful job,” but homelessness and the inability to buy food is also extremely stressful!

The body already has a natural way to settle down after a stressful encounter; it begins stimulating your parasympathetic nervous system.  This “rest and digest” system gets activated when, you guessed it, you rest or you begin digesting the food you just ate.  As you can imagine, if you’re thinking about stressful situations all day, you’re brain and body aren’t really resting.

Strategies to combat chronic stress should include ways to promote relaxing- things like meditation, deep breathing exercises, muscle relaxation exercises, making time for recreation, and message therapy.  Even owning a pet has been shown to reduce stress.  Sex is also a great way to stimulate your parasympathetic nervous system. For the ladies, eating around 40g of dark chocolate has been shown to reduce perceived stress.

If you’re a particularly adventurous person, maybe combine a few of these- stare at your purring cat while breathing deeply and sucking on dark chocolate at the same time your partner gives you a massage with a happy ending…  though maybe towards the end make the cat leave- you staring at it or it at you at such a time is a little creepy.

If your personality tends towards excessive emotional responses to everyday things- screaming at the cars around you in a traffic jam because somehow that will make it move faster- countless studies have shown we can train our bodies to respond differently in those situations through behavioral therapy.

If relaxing just isn’t part of your daily routine, there’s another scientifically proven method to reduce excess cortisol in your body while giving you a boatload of other health benefits-  Exercise! (For a good ultra-science based, non-gimmicky, simple place to start, see Bigger, Leaner, Stronger (for guys) or Thinner, Leaner, Stronger (for girls). I can’t recommend these highly enough. So much health and fitness myth debunking and good science packaged in a relatively quick, easy read.)

While exercise forces the body to increase cortisol levels due to our bodies perceiving this deviation from homeostasis as stress, regular exercise trains the body to reduce the amount of cortisol release when exposed to stress. For example, if you begin running at a 15 minute mile pace, your body will release the appropriate amount of cortisol for that experience.   As you continue getting in better shape, less cortisol is needed to perform the same task.  When you come across stressful encounters in other aspects of your life, less cortisol is released in response to that input.

The effect isn’t limited to people who exercise.  Several studies have shown those who regularly are more active, see a decrease in cortisol release when exposed to an emotional situation compared to those who are sedentary.

This is very similar to the results psychologists are hoping for when they attempt desensitization techniques- continually exposing you to your stress in an attempt to have less of a reaction to it.

Other things that have been shown to increase cortisol release are caffeine, alcohol, tobacco, sleep deprivation and irregular sleep patterns. From this, you don’t have to be a rocket surgeon to realize if you decrease your caffeine intake, stop drinking so much, and get better sleep, you will reduce the amount of cortisol circulating around your body.

Grandma’s advice has never been more correct-  eat right, get plenty of exercise, don’t drink or smoke, go to bed on time, and find a way to make money doing what you love.  If grandma’s advice seems a little too tame, you can always try the scientifically proven method of combining sex and chocolate!