Peanuts, Peeing on the Side of a Bus, and Planting Trees- The Traditions of Going to Space 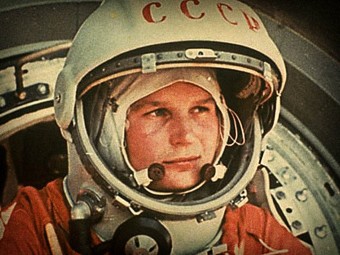 Although you’d expect people tasked with going to space to be a fairly rational lot, astronauts and cosmonauts are noted as being an exceptionally superstitious group, many of whom conform to a number of seemingly arbitrary and often unusual rituals before each flight. While there is a perfectly reasonable explanation for most, if not all, of these traditions and customs, usually dating back to the early days of the space race, many of them can seem quite peculiar without context.

For example, every time the workers at NASA’s Jet Propulsion Laboratory (usually abbreviated to JPL) launch a probe or satellite, they will eat peanuts. 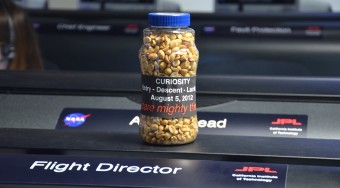 This is a tradition that started in 1964 after the successful launch of the Ranger 7, a spacecraft designed to take pictures of the Moon. Prior to the Ranger 7, unsurprisingly, there was Rangers 1 – 6, all of which failed at their missions for various reasons. However, on the day they launched the Ranger 7, a random engineer brought some peanuts into the control room as a snack and shared them around. The launch was successful; as a result, it has been a tradition amongst JPL staff ever since to snack on peanuts in the control room for luck. 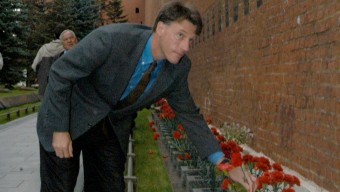 When it comes to these superstitions, there are likely very few people working for NASA who truly believe that bad luck will befall them or the mission if they fail to shovel handfuls of peanuts into their mouths immediately after launch; it’s just a nice way of acknowledging the work of those before them and fostering camaraderie between staff. However, there are some traditions that people take deathly seriously. For example, in Russia no launch is ever permitted to be scheduled for October 24th. Why? Well, not one but two missiles set to be launched on this date in 1960 and 1963 exploded before launch, killing 92 people in 1960 and 7 in 1963.

In the same vein, before any cosmonaut is permitted to fly to space, they must first visit the Kremlin and pay their respects to Yuri Gagarin, Sergei Korolev (a famed Soviet rocket engineer), Vladimir Komarov (the first known man killed during a space mission) and the three cosmonauts who perished during the Soyuz 11 mission, Georgy Dobrovolsky, Vladislav Volkov, and Viktor Patsayev, all of whose ashes are buried within the Kremlin’s wall. Anyone wishing to fly to space via a Russian rocket is expected to honor this tradition, regardless of their nationality. 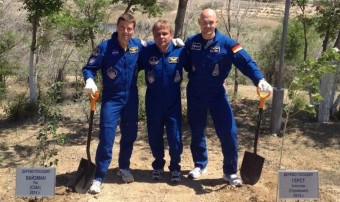 Other traditions expected to be adhered to include a walk along the “avenue of heroes”, a name given to a path flanked by two rows of trees located at the Baikonur Cosmodrome. Shortly before their own mission, astronauts and cosmonauts alike are expected to plant their own sapling along this avenue to continue the tradition. The origins of this custom, like many in Russian space travel, are attributed to Gagarin who did the same thing before his flight in 1961. As a result, Gagarin’s tree is unsurprisingly the oldest. 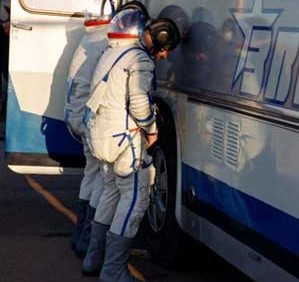 Perhaps the most unusual and famous custom attributed to Gagarin though is the one that involves urinating all over the bus that takes you to the Baikonur Cosmodrome, more specifically, it’s right rear wheel. Gagarin is said to have done exactly this shortly before climbing into the Vostok 1 capsule as he really needed to pee and couldn’t do so in his space suit. (See: How do astronauts go to the bathroom in space?) To honor Gagarin, it has been customary ever since for cosmonauts and visiting astronauts to do this too. Female cosmonauts and astronauts are excused from this particular tradition if they so choose, though some have been known to bring a vial of their urine along with them so that they can take part. Funny enough, there’s some debate about whether or not Gagarin actually did stop his bus to pee prior to launch as the only evidence to say he did is anecdotal in nature, which hasn’t stopped cosmonauts doing it anyway. 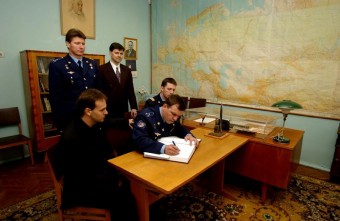 Another cosmonaut tradition not necessarily inspired by Gagarin, but still linked to him in some way is a visit to his office, which hasn’t been altered since the day he died. While loitering in Gagarin’s office, cosmonauts will sign his guestbook and, if several persistent rumors are to be believed, some ask his ghost for his permission to fly to space. Immediately before the launch, Russian cosmonauts will also be played a selection of Soviet era love songs as a final tribute to Gagarin, who shortly before the launch of Vostok 1 requested some music to lighten the mood and was similarly played a selection of love songs. Out of respect for everyone’s comfort, the individual crew of each particular flight is free to pick out a selection of their own music to play, leading to quite an eclectic playlist for launches with an international crew. 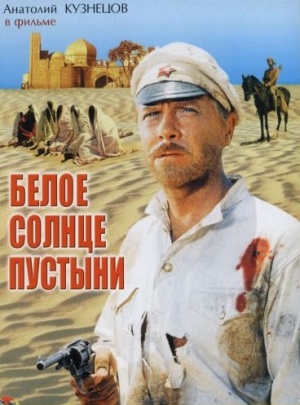 Other traditions that are generally observed prior to a cosmonaut’s flight into space include a viewing of the Soviet era movie, “White Sun of the Desert”, a custom started in the late 1960s when this was apparently the only movie available to cosmonauts for a few years, and signing their name on their hotel door. As cosmonauts leave their hotel, they will be traditionally do so while listening to the song, “Trava u doma” by the band, Zemlyane. The song’s title roughly translates to “Grass by the Home”.

A final ritual that is commonly upheld is the attaching of a small talisman to the command console, just in front of the on-board camera. The idea behind this being that when the craft finally reaches orbit, the talisman, which is attached by a small length of string, will begin to float around giving the ground crew visual confirmation that the launch was a success.