March 14, 2015 Daven Hiskey
This is a weekly wrap of our popular Daily Knowledge Newsletter. You can get that newsletter for free here. 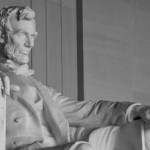 In August 1864, the Sixteenth President of the United States of America was nearly assassinated about nine months before he was actually assassinated. This is the story. Throughout the Civil War (1861-1865), President Abraham Lincoln and his family spent the summer and fall in a cottage on the grounds of the Soldiers’ Home in the country outside of Washington, D.C. Relatively isolated and poorly guarded… (more) 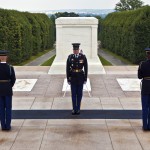 It’s Armistice Day, November 11th, in the nation’s capital. It is a brisk day at Arlington National Cemetery. Dignitaries stand silently on the third anniversary of the ending of World War I, watching as a single white casket is lowered into a marbled tomb. In attendance is President Calvin Coolidge, former President Woodrow Wilson, Supreme Court Justice (as well as former President) William Howard Taft, Chief Plenty Coups, and hundreds of dedicated United States servicemen. As the casket settles on its final resting place in the tomb, upon a thin layer of French so… (more) 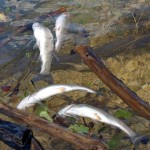 Few things in childhood are more traumatising than waking up one morning to find your beloved pet fish, Michael Scofield, floating upside down in his tank (true story); his tiny fishy light cruelly extinguished before his time. But why do they float upside down when they decide it’s time to take a ride on the porcelain express? The answer to this question has a lot to do with how they maintain proper buoyancy when they’re alive. As you may or may not know, most fish are… (more) 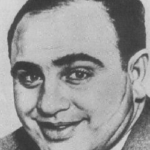 It was June 1931 when the law finally caught up with Al “Scarface” Capone for good. After three years of building a case against Capone for tax evasion, the FBI was finally ready to arrest and try the notorious gangster. In the October of that same year, he was found guilty on five counts of tax evasion between 1924 and 1929, two of which were felonies. He was sentenced to eleven years in federal prison, plus fines. Though Capone “grinned as though he felt he had gotten… (more) 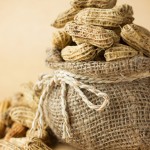 Used to refer to those giving unsolicited (and unvalued) advice, the expression “peanut gallery” has its roots in late 19th century vaudeville, although for some, the phrase is considered a racial slur. A typical vaudevillian show of music, drama, comedy, acrobatics, dance and other acts was performed at an established theater, with a balcony, usually situated in a metropolitan area. Vaudeville… (more)

As with so many things in history, we can’t know with 100% accuracy why men’s and women’s clothes button up the opposite way. (Even something relatively recent like who invented Buffalo Wings is up for debate despite being invented only about a half century ago.) But there are several theories floating around on the button front, one of which is particularly plausible. The most widely touted theory by far is that the practise of reversing buttons on men’s and women’s clothing… (more) 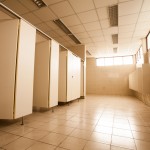 Flimsy white sheets shaped like the seat, paper toilet liners can be found in many public bathrooms. Notably, however, while they may provide reassurance to the germaphobic and finicky, toilet seat covers have little else to offer in terms of decreasing your odds of being infected with some pathogen when sitting on the toilet seat. Once thought to be capable of conducting sexually transmitted diseases (STDs), contrary to popular belief… (more) 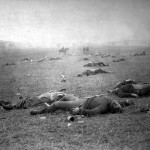 Marking the Confederacy’s last stab at a major offensive in a northern state, the three brutal days of fighting in July of 1863 around the town of Gettysburg, Pennsylvania mark the bloodiest battle of the American Civil War. Situated at the junction of 10 roads at a time when most places were served by one or two, and only about 30 miles from two key Union supply routes, it shouldn’t be surprising that Union and Confederate troops ran into each other there. What is surprising, however, is that many historians believe the battle played out the way it did because of a strong Confederate desire for new shoes. Leading… (more) 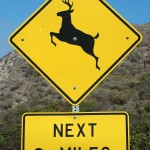 Warning of an upcoming curve, playing kids, falling rock, icy roads and, of course, deer, traditional static warning signs litter the sides of our roadways to the point where they have just become white noise. Often placed arbitrarily, many road warning signs, which can be extremely expensive to install (see Bonus Fact below), are erected more for their ability to shield government from liability than to improve public safety. Ignored by drivers and not supported by scientific research, other than a few limited (and well-planned) exceptions, there seems to be little reason for most traditional road hazard signs. The most useless static signs ar… (more) 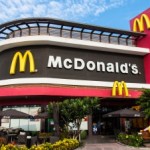 McDonald’s is, without question, the most successful, popular, and influential fast-food restaurant chain in recorded history. The name most commonly associated with McDonald’s is Ray Kroc.  Kroc was the entrepreneur who founded the McDonald’s corporation.  So how did it come to be named “McDonald’s”? You see, contrary to what you’ll often read, to suggest Kroc created McDonald’s is, well, a crock. As is sometimes the case with amazingly successful businesses, the early part of the McDonald’s story includes the people who came up with the ideas and created the thing, and the person who figured out how to sell the idea to the rest of the world. Ray Kroc was most definitely in the latter… (more)