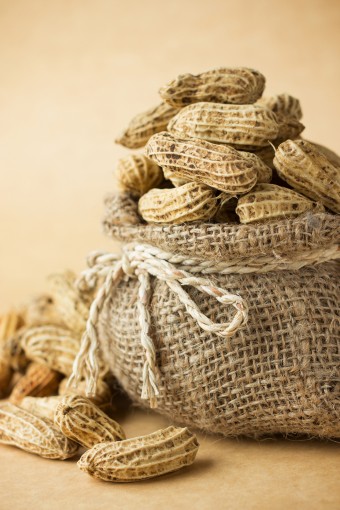 Used to refer to those giving unsolicited (and unvalued) advice, the expression “peanut gallery” has its roots in late 19th century vaudeville, although for some, the phrase is considered a racial slur.

A typical vaudevillian show of music, drama, comedy, acrobatics, dance and other acts was performed at an established theater, with a balcony, usually situated in a metropolitan area. Vaudeville theaters offered different classes of seats, with the least expensive being the furthest from the stage – in the balcony or gallery.

Those who typically inhabited the cheap seats were known to be rowdy, and free with their constructive criticism of the show, which would often be expressed in physical terms – such as by throwing anything conveniently at hand. As peanuts were a common concession snack for vaudeville shows, unpopular performers would often find themselves pelted with the easy-to-hurl, edible projectiles, not unlike The Beatles during their 1964 U.S. tour. (See: When the Beatles Were Pelted with Jelly Beans)

Others disagree, in part, with the preceding class-based, rather than racial, claim. They note that in the past, cheap balcony seats were often reserved for, or largely made up of, African American patrons. Thus, since the phrase implies that the opinions expressed by those from the gallery were unsolicited, unwarranted and unhelpful, the phrase also connotes something negative about those giving them, purported to be African Americans.

That said, the Online Etymology Dictionary remains agnostic, as does the Oxford English Dictionary and most etymologists, on whether it truly originally had anything to do with race instead of simply a reference to social class, in this case referring to poor people in general inhabiting these cheap seats. The Online Etymology Dictionary traces the expression “peanut gallery” to 1874, while the Oxford English Dictionary notes that it was recorded as early as 1876, in the Placerville, California Mountain Democrat, where the writer intoned, “as a bid for applause from the political pit and peanut gallery it was a masterpiece.”

Those who adhere to the “racial term” origin point at that as the first federal law to prohibit racial discrimination and equal access to public accommodation, the Civil Rights Act of 1875, was passed contemporaneously with the expression’s origins, this perhaps lends small support to the racial-based theory.

However, we have little in the way of strong direct evidence to support the notion that it originated as a racial term, rather than something of a class term, and we have several early references to it referring to audiences that were likely made up of mixed race individuals.  In addition to that, across the pond where such racism and segregation was not quite as pronounced at this time, they also had an expression for these rowdy, cheap-seat patrons who likewise liked to heckle the performers. In this case, these lower-class, racially diverse patrons were, and still sometimes are, known as “the gods,” referencing that their seats are so high up, the patrons are watching from the heavens.

Whatever the case, by the mid-20th century, the “peanut gallery” expression was commonly in use, but became even more popular when Buffalo Bob Smith of the Howdy Doody Show began referring to his (radio) studio audience of rambunctious youngsters in 1943 as the “Peanut Gallery,” most definitely with no reference to race in this case.