Where the Expression “To Stand on Ceremony” Comes From

February 2, 2015 Melissa
Marla W. asks: Did Shakespeare really invent the expression “to stand on ceremony” or is this just another expression he gets credit for online that was invented by somebody else? Thanks! 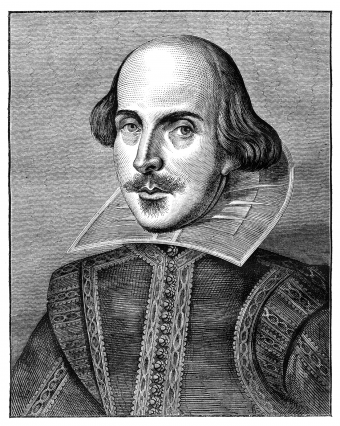 Dating back to the early days of the English Renaissance, and quite possibly having been coined by none other than the Bard, himself, the phrase “to stand on ceremony” has long been used to describe (or more often deride) a scrupulous and unproductive adherence to rules and protocol.

The verb “to stand” pre-dates the Norman invasion and was well used by the Middle English period. Early on, the word related to standing on the feet or remaining upright, although the connotation of being insistent upon something, and the use of the preposition “on” with the verb, can be found as early as the 15th century.

By the end of the 16th century, this latter meaning can be seen in numerous works, including notably, William Shakespeare’s Henry VI, Part 2 (1591) (Act III, Scene II) where the Duke of Suffolk, in discussing the impending doom of the Duke of Gloucester with Queen Margaret, says:

And do not stand on quillets [quibbles] how to slay him:

Be it by gins, by snares, by subtlety,

Sleeping or waking, ’tis no matter how,

I arrest you of high treason here.

Stand not on titles, but obey the arrest.

Shortly thereafter, it would seem Shakespeare was the first to append (in writing that has survived to this day, at least) the noun “ceremony” in Julius Caesar (1599)(Act II, Scene II) when he has Caesar’s wife, Calpurnia, implore him with:

Caesar, I never stood on ceremonies,

After that, the phrase became quite common, as can be seen in less elevated works, such as those by the 19th century, sensationalist author, Wilkie Collins, who in The Little Novels wrote: “Pray don’t stand on ceremony, Mrs. Callender. Nothing that you can ask me need be prefaced by an apology.”

Other writers in the 1800s, such as the historian, William Milligan Sloane, in his The Life of Napolean Bonaparte, also used the expression: “His ‘little Corsican officer, who will not stand on ceremony,’ as he called him, was to be nominally lieutenant.”

Today, the phrase has become ubiquitous in the negative as a shorthand method for discarding unnecessary procedures and getting right to the heart of the matter. As Bane said to Batman before he “unceremoniously” kicked his keister in 2012’s The Dark Knight Rises: “Let’s not stand on ceremony, here, Mr. Wayne.”