November 3, 2014 Melissa
Karl A. asks: In the movie True Grit, they don’t use contractions. Is it true that people back then didn’t use them? 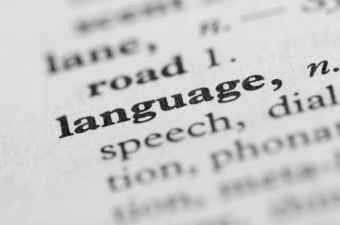 Won’t, don’t, wouldn’t, isn’t and even ain’t- where would we be without our contractions? Prevalent in spoken English and increasingly accepted in written pieces, contractions enable brevity and make written works more accessible and friendly.

Contractions in some form of English date back to Old English (450 AD – 1150 AD), a language that bears little resemblance to our English today. Before this period, although the Romans had already invaded, the dominant language on the island was Celtic. In the 5th century, several groups, notably the Angles and the Saxons, began to invade, and they brought their Germanic languages and rune alphabets with them, along with several well-established contractions. These included shortened forms for “is not” (nis, today, “isn’t”), “did not have” (ne haefde), “was not” (ne waes, today “wasn’t”) and “would not” (wolde, today “wouldn’t).

During the Old English period, Christian missionaries introduced Latin as well as the Roman alphabet, so by the time the Normans appeared in the mid-11th century, the language was ready to incorporate a fair bit of French, the language of post-Conquest English nobility. (In fact, King Richard “The Lionheart” barely spoke English, and only spent about six months in the country he was king of  for the decade he was king.)

Nonetheless, the common people continued to speak English, although now peppered with thousands of French words and conventions, and eventually, this pidgin developed into Middle English (1150 AD to 1450 AD). Far easier for a modern English speaker to understand, it was during this period that negative contractions (i.e. using “not”) arrived on the scene in the form of ne were (“were not”) and noot (“knows not”). Other contractions from this period include thilke (for “the ilke” meaning “the same”) and sit (a shortened form of sitteth).

By the turn of the 16th century, the Renaissance arrived in England and with it came further changes to the language, which by this time is recognizable as Early Modern English (1450 AD to 1750 AD). Latin and Greek words were adopted and altered (e.g., militia, squalor, illicit and explain), and men like Shakespeare were introducing new words to the masses at a rapid pace (e.g., assassination, cold-blooded, eyeball and fashionable).

Some contractions that appear during the Early Middle English period include I’ll (I will), ‘twould (it would) and ’twill (it will), as well as negative contractions of every form including can’t (cannot), don’t (do not), shan’t (shall not), mayn’t (may not)and won’t (will not). According to the Online Etymology Dictionary, won’t first appeared at the dawn of the period in the mid-15th century as wynnot and then wonnot, and its modern form in the mid-17th century. Don’t was first recorded in the 1630s, and can’t first appeared in print in 1706. Ain’t also first appeared in 1706 as a contraction only for “am not,” although by the early 1800s, it was also used to mean a variety of negatives including “are not,” “is not,” “have not,” and “has not.”

As you might have guessed from all this, contrary to what the latest True Grit film would seem to indicate, contractions were around long before Mattie and Rooster were attempting to avenge her father. However, during the period in which the character of Mattie was off on her adventure (1880s), in formal writing contractions were absolutely disfavored.  This is a trend that started in earnest around the late 18th century.  However, as we can see by the works of Mark Twain (1835-1910), among many others who wrote certain characters speaking the way real people actually talked in this era, in everyday speech, contractions seemed to have been the norm.

So why did the Coen brothers choose not to use them in their adaptation of the True Grit serials?  Ethan Coen explained in an interview,  “We’ve been told that the language and all that formality is faithful to how people talked in the period.”  While this is mostly true in formal writing, it was most definitely not in common speech, particularly for characters like Rooster Cogburn and Tom Chaney.  And, in truth, the original True Grit serials, written in 1968 from the perspective of a woman writing in the 1920s, used “won’t” instead of “will not” about 36% of the time and “don’t” instead of “do not” about 60% of the time, among other uses of contractions.

As for today, despite the many years contractions have been taboo in formal writing, as with many grammatical sacred cows, time (starting around the 1920s) and more recently the Internet seems to have changed at least some people’s views of their acceptability in writing.

Nonetheless, apparently the APA still disapproves of them, according to many commentators, and the United Kingdom’s The Guardian newspaper cautions against overusing many contractions including can’t, aren’t, don’t, I’m and it’s even though “they might make a piece . . . easier to read, they can be an irritant and a distraction, and make a serious article sound frivolous.”

On the other hand, reference guides for AP style note that contractions found in reputable dictionaries are acceptable in informal writing, but should not be used excessively, and the Chicago Manual of Style goes further to say that “most types of writing benefit from the use of contractions,” although they should be used “thoughtfully.”

Experts in business writing generally approve of the use of contractions for creating a flowing style that engages the reader, but warn that when writing for an international audience where there will be non-native English speakers, contractions can be confusing and should be avoided.

Uncle Sam has even weighed in on the debate. Beginning in 1998 when President Bill Clinton issued an executive memo instructing federal agencies to write more plainly, the federal government has been trying to turn government jargon into readable English. Along with the 2010 Plain Writing Act signed into law by President Obama, these two directives have resulted in PlainLanguage.gov, a set of instructions for government employees to help them write documents Americans will understand.

Under these guidelines, writers are instructed to “use contractions when appropriate,” even with legal writing as they will render it “less stuffy and more natural.” To sum it up, the directive is “write as you talk,” but use discretion when including contractions.