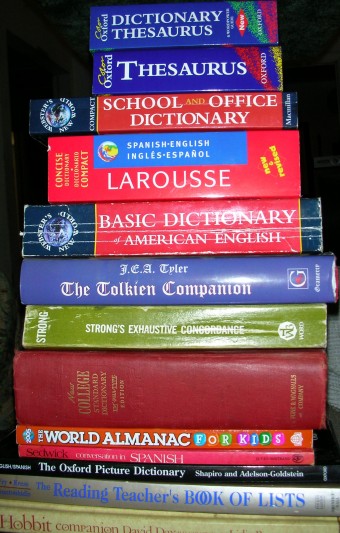 Today I found out split infinitives are not incorrect grammatically.

As mentioned in the recent Star Trek “to boldy go” article (check that out here), the majority of modern English grammar guides list split infinitives as being perfectly acceptable.  This has also been the case, not just in modern usage, but throughout most of the history of the English language (since those split infinitives first popped up around the 13th century).

Indeed, Oxford Dictionaries states: “People have been splitting infinitives for centuries, especially in spoken English, and avoiding a split infinitive can sound clumsy. It can also change the emphasis of what’s being said.”

For example: “Jamie decided to slowly remove his hat.”  Obviously, aside from completely re-writing the sentence, there are three ways you could make a small modification to remove the split infinitive:

One could just completely re-write the sentence, of course, but why go to the effort when a split infinitive works perfectly well and is clear in terms of its meaning?

The idea that split infinitives should not be acceptable in proper English grammar didn’t come about until the 19th century, though it was a matter of much debate even then and into the 20th century.  For instance, in the 1907 The King’s English, they had this to say about the split infinitive:

The ‘split’ infinitive has taken such hold upon the consciences of journalists that, instead of warning the novice against splitting his infinitives, we must warn him against the curious superstition that the splitting or not splitting makes the difference between a good and a bad writer.

In the 20th century, the idea that split infinitives were bad and should never be used became firmly entrenched in many, but not all, grammar guides.  This didn’t last long and by the late 20th century split infinitives were again almost universally accepted.  That being said, some among the older generations still vehemently condemn their usage. This is the case is simply because that this was what they were taught when they were young. For instance, it was noted on a BBC special on English grammar in 1983:

One reason why the older generation feels so strongly about English grammar is that we were severely punished if we didn’t obey the rules! One split infinitive, one whack; two split infinitives, two whacks; and so on.

The most popular theory is that it came about simply because, in academic circles, Latin has long been the language of choice, particularly in the late 19th century when split infinitives started to become taboo in some circles.  Thus, it is thought that split infinitives were perceived to be improper because you can’t split an infinitive in Latin…  Seriously, that’s the reason most linguists think split infinitives were originally thought to be taboo in English.  Everything since has just been tradition.

The other leading argument put forth in the anti-split infinitive camp tends to be because that’s not how people use English or speak, the “common usage” argument.    One of the first who helped popularize the anti-split infinitive movement, Henry Alford, Dean of Canterbury, used both arguments, though leaned more heavily on the “common usage” argument. In The Queen’s English (1864), he stated:

A correspondent states as his own usage, and defends, the insertion of an adverb between the sign of the infinitive mood and the verb. He gives the instance ‘to scientifically illustrate.’ But surely this practice is entirely unknown to English speakers and writers. It seems to me that we ever regard the ‘to’ of the infinitive as inseparable from its verb. And when we have the choice between the two forms of expression ‘to scientifically illustrate’ and ‘to illustrate scientifically,’ there seems no good reason for flying in the face of common usage.

I’ll close on this topic by including a fantastic quote from author Raymond Chandler to his editor at The Atlantic Monthly.  Chandler didn’t appreciate the removal of split infinitives from his work and had this to say about it:

By the way, would you convey my compliments to the purist who reads your proofs and tell him or her that I write in a sort of broken-down patois which is something like the way a Swiss-waiter talks, and that when I split an infinitive, God damn it, I split it so it will remain split, and when I interrupt the velvety smoothness of my more or less literate syntax with a few sudden words of barroom vernacular, this is done with the eyes wide open and the mind relaxed and attentive. The method may not be perfect, but it is all I have.