May 31, 2014 Daven Hiskey
This is a weekly wrap of our Daily Knowledge Newsletter. You can get that newsletter for free here. 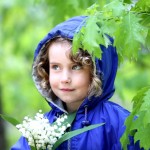 There are three primary sources of smells that commonly occur after rain. The first, the “clean” smell, in particular after a heavy thunderstorm, is caused by ozone.  Ozone (scientifically known as trioxygen due to the fact that it is comprised of three oxygen atoms) is notably pungent and has a very sharp smell that is often described as similar to that of chlorine. Some people can smell ozone before the storm has even arrived. Before a thunderstorm rolls in, lightning can sometimes rip nitrogen and oxygen molecules in the environment to pieces. This can ultimate result in a… (more) 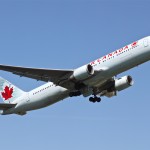 On July 23, 1983, in the small town of Gimli, Manitoba, Captain Robert Pearson and Co-Pilot Maurice Quintal expertly glided a 100-ton Boeing 767 carrying 69 people to a safe landing without engines, air brakes or flaps, and minimal control of the aircraft. Bad Math: The flight plan for Canada 143 that day began with a short jaunt from Montreal, Quebec to Ottawa, Ontario. Right from the beginning, the crew realized the plane had a faulty fuel control: “A computer known as the Fuel Quantity Information System Process manages the entire fuel loading process. . . . But the FQIS was not working properly on Flight 143.” With FQIS out-of-order, the ground maintenance crew had to calculate the amount of fuel needed, in a process called “dipping the tanks”… (more) 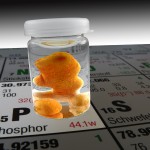 Phosphorus is an essential element for life. Forms of it are found in DNA, RNA, and all living cell membranes. It is the sixth most abundant element in any living organism. Phosphorus can also be highly poisonous and combustible (white phosphorus is used in many destructive weapons, such as napalm). It was also the first element discovered since ancient times. The person who made this discovery was Hennig Brand in 1669, who did so while he was playing around with large amounts of human urine. Brand was born in 1630 into relative modest means in Hamburg, Germany. Not much is known of his early life, but it is believed he was a junior army officer during the Thirty Years’ War, likely right at the end of the war. After he left the army,  he became an apprentice glass-maker. He married well, to a woman whose dowry was rather substantial. In fact, he married… (more) 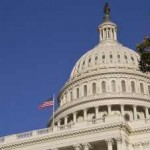 The Statue of Freedom sitting atop the dome of the U.S. Capitol building in Washing D.C. has more alternate names than the obscure half of the Wu Tang Clan. Over the years, the names attributed to it have ranged from things like “Freedom Triumphant in War and Peace” to the far simpler, “Armed Freedom“. However, the one, common thread is that the statue is supposed to represent the very spirit of freedom itself. Ironically enough, it was a slave who was integral in assembling it. Lady Freedom stands at just shy of 20 feet and weighs in excess of a scale shattering 15,000 pounds. She carries a sword, a shield and a… (more) 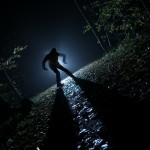 Since ancient times, the fusion of man and wolf has been the stuff of legend and folklore (“wer” was the word for “man” in old English, with “man” being completely gender neutral). Virtually every culture across the globe has its own werewolf mythology, with this beastly shape-shifter being one of the oldest monsters to terrorize humans. Werewolf legends span so far back that their existence almost certainly predates recorded history. It’s a safe bet that werewolves have been freaking people out since our ancestors were huddled around puny campfires, in hopes of staving off the evil creatures that went bump in the night. In reality, wolves rarely attack humans, though this is partially a function of their greatly diminished population, and also… (more) 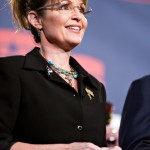 Sarah Palin never said “I can see Russia from my house.” Tina Fey did, in a hilarious skit on Saturday Night Live. Former Alaska Governor Sarah Palin, on the other hand, said something a little bit different from which the Tina Fey line derived. When Palin was introduced as the running mate to Arizona Senator John McCain at the Republican National Convention in the late summer of 2008, her rousing speech and star power gave a boost to his campaign for the Presidency of the United States. On the campaign trail, one of her duties as a Vice Presidential candidate was to sit down with journalists to demonstrate her… (more) 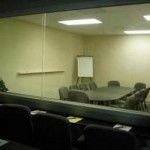 Interestingly, there is no such thing as a true one way mirror.  This would actually violate the laws of physics (for more on that see the Bonus Factoids below).  What’s actually going on here with one-way mirrors is that we have a piece of glass with an extremely thin coating of some reflective material like silver (as is often used on normal mirrors).  Unlike normal mirrors though, the silver layer is so thin that it only actually reflects about half the light back.  The other half passes through the glass.  This layer is actually so thin, that if you were to look at it at a molecular level, you’d see that only about half the glass was actually coated with the silver; the silver would appear to be speckled on the glass more or less evenly. The problem with allowing half the light through though is that you would normally still be able to see either way through the glass; it would just appear tinted.  Not only that,  the half of the light being reflected is being reflected back on both sides.  So eithe… (more) 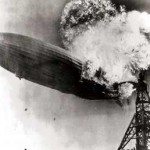 The Hindenburg disaster will probably always be remembered as the singular event that killed airship travel. In truth, there were other events that occurred which also contributed, but none stand out in the public consciousness more than the demise of the Hindenburg. The image of that huge ship falling from the sky and erupting into flames before burning to nothing in seconds was too jarring for the public to ever put their trust in the giants of sky again.However, few realise that the disaster, though terrible, wasn’t as bad as it seemed at first glance. For example, more than half of the people involved in the crash actually survived it. The final death toll for people on board was as follows: of the 97 people… (more) 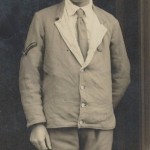 Very little is known about Lance-Corporal James Welch prior to his actions during WWI. However, we do know some basic details.  According to Welch’s grave in Bournemouth crematorium, he was born in 1889 on July 7th in the small English village of Stratfield Saye. Welch must have had a fairly boring childhood because literally the next thing recorded about his life was that he joined the Royal Berkshire Regiment. After signing up, Welch was drafted to the first battalion of the RBR where he quickly attained the rank of Lance-Corporal. Once again, the records of Welch’s activities disappear into obscurity. That is, until he won a Victoria Cross on April 29, 1917… (more)