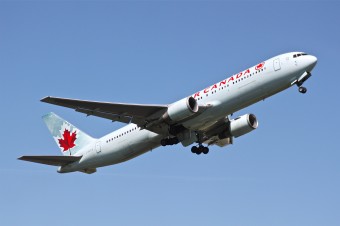 On July 23, 1983, in the small town of Gimli, Manitoba, Captain Robert Pearson and Co-Pilot Maurice Quintal expertly glided a 100-ton Boeing 767 carrying 69 people to a safe landing without engines, air brakes or flaps, and minimal control of the aircraft.

The flight plan for Canada 143 that day began with a short jaunt from Montreal, Quebec to Ottawa, Ontario. Right from the beginning, the crew realized the plane had a faulty fuel control: “A computer known as the Fuel Quantity Information System Process manages the entire fuel loading process. . . . But the FQIS was not working properly on Flight 143.”

With FQIS out-of-order, the ground maintenance crew had to calculate the amount of fuel needed, in a process called “dipping the tanks.”

After reaching Ottawa, and preparing for the 2,800 kilometer trip to Edmonton, Alberta, Pearson apparently sensed something was off and asked that the plane be “re-dipped.”  The ground refuelers stated that the tanks had 11,430 liters of fuel.  When Pearson and Quintal crunched the numbers, they came up with approximately 20,400 kilos of fuel on board, which all seemed correct.  The truth is, though, they only had about 9,144 kilos.

The problem was that the original ground crew, and the flight crew (twice!), had forgotten that the new airliner used the metric system (as Canada was in the process of switching to the metric system, so the new planes purchased by Air Canada were being calibrated in metric units); as a result, they had all erroneously used the figure 1.77 lbs/liter for their specific gravity factor in the calculations, but what they should have used was 0.8 kg/liter.

Bottom line, this meant that the plane was filled with only about half of the fuel it needed to make the trip.

Just minutes later, another pressure gauge “lit up,” and they lost their left engine. Two minutes after that: “The EICAS issued a sharp bong – indicating the complete and total loss of both engines. . . . ‘It’s a sound that Bob and I had never heard before.’ . . . . Starved of fuel, both . . . engines had flamed out. Pearson’s response, recorded on the cockpit voice recorder, was ‘Oh fuck.'”

After a quick perusal of the manuals, which had no procedures for a loss of both engines, the pilots quickly realized their only hope was to somehow glide the plane to a safe landing. Luckily for the passengers aboard, while he’d never tried gliding a Boeing 767, Pearson was an extremely experienced glider pilot.

Of course, while a Boeing 767 is perfectly capable of gliding to some extent, even fully loaded, many of the systems within the plane were not designed to run without the engines. Thus, a byproduct of the engines dying was the loss of many of the systems and instruments on the plane due to lack of electricity, leaving them with only basic instruments.

One of the many key things that shut off was the radar transponder, meaning that traffic controllers on the ground at Winnipeg’s airport had to use a ruler placed on the radar screen to determine the distance traveled by the aircraft in a given time, which could then be combined with the rate of descent to figure out how far the plane could go.

If the loss of many of the instruments wasn’t bad enough, most critical of all was the loss of hydraulic pressure. Without it, the pilots would have no control at all.  Because of this, the Boeing 767 is equipped with a “ram air turbine” which is automatically deployed in cases like this, providing a very small amount of hydraulic pressure- the faster the plane is going, the better this hydraulic pump would work as the turbine spun faster.  Of course, as the plane slows for a landing, hydraulic pressure drops, and so does the pilot’s ability to control the plane.  But that’s a problem for later.

At this point, the plane was losing altitude at a rate of approximately 2,000 feet/minute, but at least the pilots could still control it.

Because of the sink rate, the pilots and controllers after crunching the numbers all agreed the plane would never make it to Winnipeg, but:

An abandoned Royal Canadian Air Force Base . . . was 12 miles away . . . Quintal was familiar with it because he’d been stationed there in the service. Unknown to him and the controllers . . . Runway 32L . . . had become inactive and . . . a steel guard rail had been installed down most of the southeastern portion. . . . This was the runway Pearson would ultimately try and land on…

Upon approaching the runway at the old Gimli base, Pearson and Quintal realized they were too high. They then performed a common maneuver in small aircraft called a forward slip, which is to bank into the wind, then apply opposite rudder to keep the plane flying straight, rather than turning; this results in the plane descending more rapidly without increasing airspeed. While commonly done in personal aircraft, this is a very rare maneuver for commercial craft.

Although somewhat risky, this was the pilots’ only option since the flaps and dive-brakes required power from the now-inoperable engines. While all pilots are well familiar with this maneuver (in fact it’s generally required before you can go on your first solo flight in personal aircraft), Pearson had a wealth of experience performing the forward slip maneuver, thanks to not only frequently piloting gliders, but also years of experience towing them: “After releasing the glider, I would have this long tow line hanging under the plane, and I had to be careful not to snag it on the farmer’s fence as I approached the runway. So I would stay high until I cleared the fence, and then did a steep slip to make the runway.”

The lack of hydraulic pressure had another downside, they couldn’t control the landing gear.  Thus, they performed another atypical procedure of a “gravity drop” of the wheels.  As a result, as the nose gear was dropping into the wind, it didn’t lock in place.

Another problem was that, unknown to the pilots, the abandoned runway had been converted to a recreational center, including auto and go-cart racing. In one of the many weird coincidence of the day, July 23, 1983, was the “Family Day” for the Winnipeg Sports Car Club: “Go-cart races were being held on one portion of runway 32L and just past the dragstrip another portion of the runway served as the final straightaway for a road course. Around the edges of the straightaway were cars, campers, kids and families in abundance…”

In what must have been a surreal moment for all of them: “Trees and golfers were visible out the starboard side passengers’ windows as the 767 hurtled toward the threshold at 180 knots, 30-50 knots faster than normal . . . . A passenger reportedly said, ‘Christ, I can almost see what clubs they are using…'”

Quintal did not realize the people were present on the runway until the point of no return, so he didn’t say anything. Pearson simply hadn’t noticed.  Pearson’s obliviousness to the potential human tragedy wasn’t negligence on his part, rather, in order to land the plane: “His attention was totally concentrated on the airspeed indicator [and operating the plane. In fact,] he never even saw 32R, focusing instead on airspeed, attitude, and his plane’s relationship to the threshold of 32L.”

The plane had also become increasingly difficult to control as its speed decreased and the turbine providing the hydraulic pressure slowed its spinning.

Nevertheless, they managed to glide in safely and as the plane touched down: “Spectators, racers, and kids on bicycles fled the runway. The gigantic Boeing was about to become a 132 ton, silver bulldozer. One member of the . . . Club reportedly was walking down the dragstrip, five gallon can full of hi-octane fuel in hand, when he looked up and saw the 767 headed right for him.”

Pearson laid heavily on the wheel brakes directly after touching down and: “Two tires blew out. The nose gear . . . collapsed . . . the nose . . . slammed against the tarmac, bounced [and threw a] three hundred foot shower of sparks. The right engine nacelle struck the ground . . . . The 767 came to a stop . . . less than a hundred feet from spectators, barbecues and campers…”

Although some people were hurt exiting the plane, due to the now contorted angle of its emergency exits, none of the 61 passengers, 8 flight crew or people on the ground suffered any serious injury.