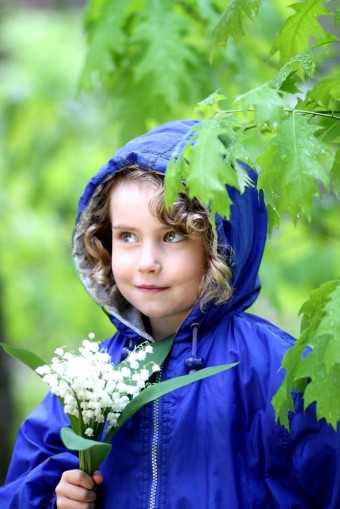 There are three primary sources of smells that commonly occur after rain. The first, the “clean” smell, in particular after a heavy thunderstorm, is caused by ozone.  Ozone (scientifically known as trioxygen due to the fact that it is comprised of three oxygen atoms) is notably pungent and has a very sharp smell that is often described as similar to that of chlorine.

Some people can smell ozone before the storm has even arrived. Before a thunderstorm rolls in, lightning can sometimes rip nitrogen and oxygen molecules in the environment to pieces. This can ultimate result in a small amount of ozone forming, which wind then carries down to ground level. Ultraviolet light in the atmosphere is also known to split O2 molecules, with the freed oxygen atoms sometimes joining with oxygen molecules for an ozone party.

We’d like to point out that we weren’t using hyperbole when we described ozone as being pungent; the average human nose can pick out the distinctive smell of ozone at a concentration as little as 10 PPB (parts per billion).

Despite its (sometimes) pleasant and clean smell, pure ozone is remarkably dangerous and in relatively high concentrations, it can destroy cells in your lungs. Luckily, the concentration of ozone before or after a thunderstorm is highly unlikely to do you any lasting harm.

Moving on, another generally pleasant smell caused by rain is the deep, earthy smell, which is strongest after a dry spell or particularly heavy rainfall.  This smell is the result of a bacteria commonly found in the soil.

Certain microbes, particularly streptomyces, produce spores during overly dry periods. The longer the soil goes without rain, the more spores that are usually present. The smell isn’t actually caused by the spores themselves, though. Rather it’s caused by a chemical excreted during the production of the spores known as “geosmin.”

As powerful a smell as ozone is, it has nothing on geosmin, which can be detected at concentrations of 5PPT (parts per trillion)! The sheer sensitivity of the human nose to this chemical is likely why in wooded areas particularly, the smell is so powerful and also why the smell of ozone is usually more noticeable in the city, where there is less chance of geosmin setting up camp in your nose.

The third cause of after-rain-smell is largely due to oils secreted by various plants. These oils collect in the environment and, when it rains, certain chemicals that make up the oils get released into the atmosphere (usually along with geosmin) causing a familiar and inviting scent.

All of the substances in the oils that contribute to the “rain smell” aren’t yet fully known. One of the contributors may be “2-isopropyl-3-methoxy-pyrazine”, which was isolated by Nancy Gerber in the 1970s, and has a very “rain-like” smell. Nancy was following up on research conducted in the 1960s by a pair of Australian chemists Isabel Bear and R.G Thomas.

In 1964, Bear and Thomas set about discovering what caused the distinctive rain smell by drying clay and extracting and analysing the oils they found therein. They eventually stumbled upon “an oily yellow material” that smelled a bit like it smells after rain. Fun fact, it was Bear and Thomas who coined the term, “petrichor” (The pleasant smell that accompanies the first rain after a dry spell) purely so they had a word for it.  It comes from the Greek “petros,” meaning “stone,” and “ichor,” the golden blood of the gods in Greek mythology.

When tested, it was found that this oily substance stunts the growth of some plants, leading researchers to surmise that its purpose is to stop plants from releasing seeds in non-ideal, overly dry conditions.