January 18, 2014 Daven Hiskey Leave a comment
This is a weekly wrap of our Daily Knowledge Newsletter. You can get that newsletter for free here. 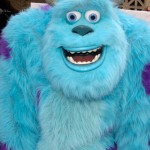 Before a story about toys, before monsters went corporate, before anyone went searching for Nemo, and before twenty seven Academy Awards, Pixar was a high-end computer hardware company whose  clients included the government and the medical community.  The story of Pixar isn’t exactly full of superheroes, adorable robots, or talking bugs. The tale of the most profitable and critically adored animation studio in the history of the world (yes, by sheer gross numbers, more so than Disney) is one filled with financial difficulties, fired Apple employees, digital printers, and an animated left hand. And it all started with a Mormon graduate student at the University of Utah. By the time Ed Catmull graduated from the computer science program at University of… (more) 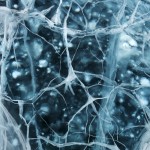 Some readers may recall a science class in which an excitable teacher walked to the front of the class to show off a small, cracked steel container, seemingly damaged by an incredibly powerful, but tiny force; only for said teacher to reveal that the damage had been done by nothing more than water. However, what would happen if you put the water in a container it couldn’t break out of and then froze it? The short answer is that the water still turns into ice; however, if it genuinely cannot break the bonds of the container it is trapped inside, it turns into a very different kind of ice than we’re used to seeing. We currently know of 15 different “solid phases” of water… (more)

The idiom “You can’t have your cake and eat it too” deliciously illustrates the concept of making trade-offs and realizing that you can’t have something if you have another. The phrase is often used when referring to compromises and alludes to making a choice between two options that could never be reconciled. In other words, the two options that are mutually exclusive. Other cultures have adopted the spirit of this phrase to fit into their own languages. For example, in Russian the (translated) phrase is “You can’t sit on two chairs.” In German,… (more) 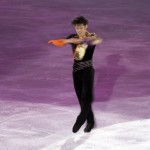 To understand why, it’s important to know why people get dizzy in the first place. Dizziness is controlled by the vestibular system in your upper inner ear. Within the vestibular system, there are three canals that contain fluid called endolymph, as well as sensory nerve cells that look sort of like little hairs. When you move your head, the endolymph resists change in motion and lags behind, stimulating the nerve cells. Those cells send messages to the brain, telling it which way the head moved. Now, when you spin, the endolymph lags behind at first, but then moves at the same… (more) 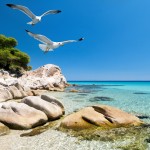 Seagulls, or gulls depending on how much you dislike syllables, are considered a pest to many, a minor, avoidable annoyance to many more and the harbingers of death OH GOD LOOK AT THEIR COLD DEAD EYES! to my neighbour who doesn’t get out much.  Over the years, there has been a persistent and rather macabre urban myth circulating that gulls will explode if they’re fed Alka-Seltzer. Sadly, we’re here to inform you that this isn’t true. Though the myth has many subtle variations depending on where exactly you’re reading it, it basically reads as follows. If you feed a hungry gull an Alka-Seltzer tablet or a similar product (gulls aren’t really that discerning when it comes to their choice of indigestion… (more)

2) King wasn’t the only one to die at the Lorraine Motel in Memphis on April 4, 1968.  After he was killed, one of the hotel workers, Lorraine Bailey (who was also the wife of the motel owner and who it was named after), upon seeing King get shot, had a heart attack and later died from this.  This was partially why there was such a delay in getting an ambulance as Lorraine was also the switchboard operator and so when Reverend Samuel Kyles attempted to call an ambulance using the phone in the motel room, nobody was at the switchboard to make that happen.  In Rev. Kyle’s own words,

3) Martin Luther King Jr. was nearly assassinated a decade earlier than his ultimate death.  While on a book tour, signing copies of his book Stride Toward Freedom, on September 20, 1958, King was approached by Izola Ware Curry who asked him if he was Martin Luther King Jr., which he of course replied affirmatively.  When he said he was, she said “I’ve been looking for you for five years.”  She then pulled out a letter opener and stabbed him in the chest.

4) Although King today is often remembered as being an amazing public speaker, he got a C in public speaking during his first year at seminary.  This likely isn’t because he was actually bad at public speaking at this point.  His father noted that even before going to seminary King Jr. was one of the best public speakers he’d seen.  Whatever caused his professor to give him a C, by his final year King had straight A’s, was the valedictorian of his class, and the student body president.

5)  His honeymoon was spent at a funeral parlor… not because someone died, simply because a friend owned the parlor and offered to let him use it for his honeymoon.

6) King convinced “Uhura” on Star Trek, Nichelle Nichols (who incidentally later went on to work for NASA), to continue on with the role after the first season. Nichols stated he told her not to leave the show because she was not only playing a black person as a main character on TV, but she was also playing a character that didn’t conform to the stereotypical black person of the day, usually portrayed.  Rather, Uhura was portrayed as an intelligent member of the crew and an equal to those around her.

7) Besides winning a Congressional Gold Medal, a Medal of Freedom, and a Nobel Peace Prize, King won a Grammy.  How?  He won it in 1971 for Best Spoken Word Album for “Why I Oppose the War in Vietnam”.

8) His mother, Alberta Williams King, was also murdered.  She was killed while attending church in Atlanta in 1974 by a 23 year old man, Marcus Wayne Chenault, who believed “all Christians are my enemies”.  He shot and killed her while she was playing organ at the church.

10) His “I Have a Dream” speech painted an even bigger target before on his back, not just with certain people in the general public, but with the FBI.  This was a memo circulated throughout the FBI offices after the speech: 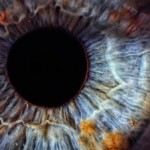 On April 4, 1968, Jane Elliot, a third grade teacher in Riceville, Iowa, turned on her television set to learn more about Martin Luther King’s assassination and was appalled at what she heard from a white reporter. With microphone pointed toward a black leader, the white reporter asked, “When our leader (John F. Kennedy) was killed several years ago, his widow held us together. Who’s going to control your people?” According to Jane Elliot herself, in an interview for a Frontline documentary called “A Class Divided“, her lesson plan for April 5, 1968 changed the night of April 4, 1968 after she heard that reporter talking. She stated,… (more)