Whoopi Goldberg was Once a Phone Sex Operator 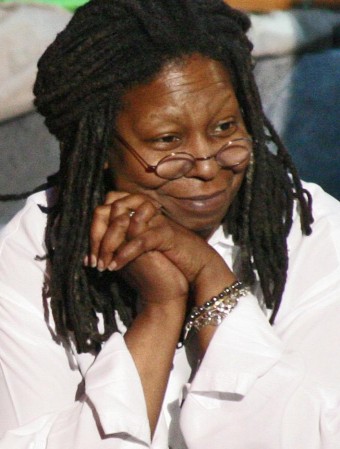 Today I found out Caryn Elaine Johnson, better known as Whoopi Goldberg, was once a phone sex operator.

Obviously this was before she hit it big with The Spook Show  and the film The Color Purple, though she failed to elaborate on exactly when she worked that job.  Goldberg was a single mother when she moved away from Manhattan at the age of 19 to pursue a career in the entertainment industry, so one can see how that job probably would work out, getting to stay home with her baby girl while she performed her uh, duties.  And, as she said, “…the money was great” and “you have to be a good actor”. So it was win/win- earning the bucks, not having to pay for a daycare, and getting to practice acting to live audience.

Other jobs Whoopi has held before her rise to stardom included being a mortuary beautician (applying make-up to corpses), a dishwasher, a bricklayer, a camp counselor, and a bank teller.