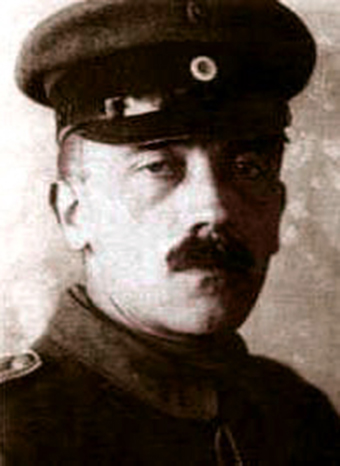 Today I found out the fate of the survival of Hitler’s bloodline rests in the hands of just five family members: the two sons (Peter Raubal and Heiner Hochegger) of Adolf Hitler’s half-sister Angela Hitler, and the three remaining sons (Alexander, Louis, and Brian Stuart-Houston) of Adolf’s half-brother Alois Hitler Jr.

During his life, Hitler strove for what he viewed as perfection. He was convinced that the Aryan race was the Master Race and therefore ordered the deaths of innocents in order to accelerate humanity towards this “perfection”. (It should be noted that while he took things to the extreme, many prominent people at the time were in favor of various forms of eugenics, including Winston Churchill, Teddy Roosevelt, and Margaret Sanger, among others.  More on this in the Bonus Facts below.)

In any event, it’s ironical, then, that Hitler, the supposed pinnacle of “the master race”, should have his own bloodline soon to be stamped out intentionally, as undesirable.

Peter Raubal was born in 1931 which makes him 82 years old today. He is a retired engineer and seemingly does not have any plans to keep the family genes going. Heiner Hochegger was born in 1945, which makes him now 68. Fathering a child at this age is definitely not impossible but is it likely? If he hasn’t done it by now, I would not hold my breath.

So that leaves the Stuart-Houston brothers who range in age from 48 to 64. Again, children in their case is not impossible, but these brothers have no intention of procreating. They have made an agreement to never have any children in order to intentionally kill the Hitler bloodline.

David Gardner, author of the book entitled, The Last of the Hitlers tracked down the surviving Hitler descendants in the late 1990s. Gardner says,

They didn’t sign a pact, but what they did is, they talked amongst themselves, talked about the burden they’ve had in the background of their lives, and decided that none of them would marry, none of them would have children. And that’s… a pact they’ve kept to this day.

At this point you might be wondering about Hitler’s own parentage.  For starters, his paternity, at least of his grandfather, is still up for discussion.  Johann Georg Heidler is accepted by most historians as the paternal grandfather of Adolf Hitler but it seems Heidler’s younger brother, Johann Nepomunk Heidler, is also a frontrunner. Johann Georg Heidler married Maria Ann Shickelgruber in 1842 and became the legal stepfather of her then five-year-old son, Alois Shickelgruber, Adolf Hitler’s father.

No father was listed on Alois’ birth certificate. It is speculated that perhaps Johann Nepomunk Heidler was his father but could not admit that publicly because of his marriage, or perhaps Johann Georg Heidler fathered the boy before he and Maria were legally married. Whatever the case, it wasn’t until 1877 that Alois was legally declared to be Johann Georg Heidler’s son.

On the other side of the family, Johanna Heidler was the daughter of Johann Nepomunk and his wife Eva. Johanna married Johann Baptist Pölzl and together they had five sons and six daughters. One of those daughters was Karla Pölzl who became the third wife of Alois Hitler and the mother of Adolf Hitler.

If Johann Georg Heidler was Alois’ bioligical father, this means that Karla was Alois Hitler’s first cousin once removed. If Johann Nepomunk was his father, that meant Karla was actually Alois’ neice. Either way, she was close enough of a relation that a letter of appeal had to be written to the church for a humanitarian waiver requesting permission for the marriage.

The request was granted and Alois Hitler and Karla Pölzl married on January 7, 1885.  Adolf Hitler was born to Karla and Alois Hitler, Sr. on April 20, 1889.  The two had other children together, but only Adolf and Paula survived to adulthood.

Neither Adolf nor his sister, Paula Hitler, ever had any children. Adolf committed suicide in 1945 and Paula died in 1960.

But there were others born to Alois. One such was Angela Hitler, from Alois’ second marriage.  She had three children – Leo Raubal, Jr., Angela “Geli” Raubal and Elfriede Raubal. Geli Raubal committed suicide in 1931. It is alleged she may have been sexually involved with her uncle Adolf Hitler and that she may have been murdered although police ruled her death a suicide. She did not have any children.

Leo had a son, Peter, and Elfriede had a son, Heiner Hochegger. Both Peter and Heiner, listed above, are two of the five relatives that could keep the Hitler bloodline alive, though as stated this is unlikely at this point.

Alois, Jr., half brother of Adolf Hitler through his father, went on to have two sons by two different women. William Patrick Hitler was born in England to his first wife, but Alois, Jr. abandoned his family and moved back to Germany where he married his second wife and had another son, Heinrich “Heinz” Hitler. Heinrich died fighting as a Nazi in World War II. He was captured and tortured then died in a Soviet POW camp at the age of 21. He left behind no children.

When Adolf Hitler rose to power in Germany, William Hitler hoped to use his uncle’s position for financial gain and left his English home with the hopes that his uncle could find him a good job. His uncle had him work at a car dealershop, a bank and an automobile factory, none of which satisfied William.

He then blackmailed his uncle into giving him a better job with threats of sharing embarrassing family secrets to newspapers. In 1938, Adolf Hitler asked William to give up his British citizenship in exchange for a high-ranking position. However, William suspected, probably correctly from comments Hitler made about what he thought of his nephew, that it was a trap and fled Germany.

He then attempted to blackmailed his uncle again with the threat of exposing the fact that Hitler’s paternal grandfather was actually a Jew. Historians have now strongly discredited this possibility. Upon his return to London, William wrote an article for Look magazine titled “Why I Hate my Uncle” and used this connection to make a living touring around and talking about Adolf Hitler.

William and his mother were on a lecture tour in the United States when World War II broke out.  He became stranded in the country, but made a special request to President Franklin D. Roosevelt, and was cleared to join the U.S. Navy in 1944. He moved to Sunnyside, Queens in New York and served in the Navy as a Pharmacist’s Mate until he was discharged in 1947, having been wounded.

After leaving the Navy, William changed his last name to Stuart-Houston, moved to Patchogue, Long Island, got married and had four sons. His third son, Howard Ronald Stuart-Houston (born in 1957), was a Special Agent with the Criminal Investigation Division of the Internal Revenue Service. He died childless in a car accident on September 14, 1989.

That brings us all back to the three remaining Stuart-Houston sons, Alexander, Louis and Brian- the youngest of the five remaining relatives who could ensure the survival of the Hitler bloodline. So far they have no children and, as stated, according to their pact, they don’t ever intend to.