Because we’re now covering a lot more daily topics here on Today I Found Out, and because I had a bunch of my Daily Knowledge Newsletter subscribers request something like this via email (the newsletter is free, by the way and you can subscribe here ;-)), I thought I’d start doing a “Weekly Wrap” which will more or less be highlighting the best of the week’s content on Today I Found Out, as well as highlighting some older popular articles most probably haven’t seen.

If you have any feedback on the format of this or really anything to do with Today I Found Out, please do email me about it here.  I personally read every single email that comes in, and take feedback very seriously.

So without further ado, here’s the new Today I Found Out Weekly Wrap Volume 1: 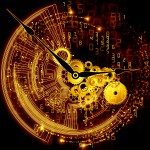 The Fascinating Origin of the Term “Deadline”

We all have deadlines. And when we hear about other people’s deadlines it’s understood that they refer to a time limit of some kind. But where does the phrase come from and what was its original meaning? The first references to a “dead line” had nothing to do with time, but rather was an actual line that if you crossed, you’d be killed. During the American Civil War (with the first reference in 1864)… (more) 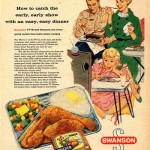 The evolution of the product began in 1941 when Maxson Food Systems Inc. produced the first ready to eat frozen meal. These dinners were called “Strato-Plates,” which were complete meals to be reheated and served to both civilian and military airline passengers. They consisted of meat, a potato and a vegetable, served on a plastic plate with three dividers. Unfortunately, because… (more) 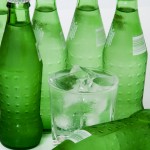 Until Around 1950, 7 Up Contained Psychiatric Medication and was Touted as a Health Drink

The lemon-lime flavored soda, 7-UP was created by Charles Grigg of the Howdy Corporation in 1929 and first launched two weeks before the stock market crash that spurred the Great Depression… Timing! It was originally named “Bib-Label Lithiated Lemon-Lime Soda”,… (more) 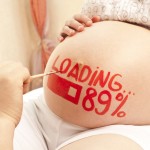 This has got “urban legend” written all over it and we were all prepared to place this one in our “Myths and Misconceptions” category and to try to find the source of the legend.  That is, until upon researching it, I found the source of the “legend” is a paper published in the very reputable British Journal of Obstetrics and Gynaecology, in 1988, titled: Oral conception. Impregnation via the proximal gastrointestinal tract in a patient with an aplastic distal vagina. Case report.… (more) 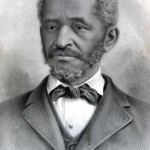 The future slave owner was Anthony Johnson.  Johnson first came over to America as an indentured servant, arriving in 1620 in the Colony of Virginia.  He did not come over willingly, as many did, agreeing to become indentured servants for a certain number of years in exchange for passage to the New World. Rather, Johnson was captured in Angola by neighboring tribesmen and eventually sold to a merchant who transported him to Virginia, where he was then sold to a tobacco farmer…. (more)

If you liked the above articles, you might also enjoy: