August 19, 2013 Jeremy Megraw
G. Peterson asks: Why do we call a time when something needs done by a “deadline”? 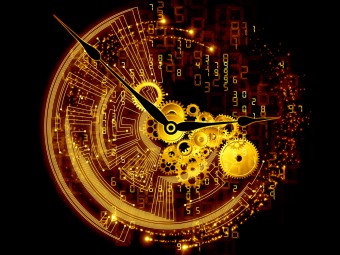 Great question! We all have deadlines. And when we hear about other people’s deadlines it’s understood that they refer to a time limit of some kind. But where does the phrase come from and what was its original meaning?

The first references to a “dead line” had nothing to do with time, but rather was an actual line that if you crossed, you’d be killed. During the American Civil War (with the first reference in 1864), a line was drawn around a camp of prisoners within about 20 ft of the surrounding wall of a Confederate prison, a “dead line”, past which they would be shot if they crossed, as they would be assumed to be trying to escape. Essentially, the “dead line” was a “don’t cross” line.  We can see a reference to this in the minutes from the Trial of Henry Wirz in 1865:

And he, the said Wirz, still wickedly pursuing his evil purpose, did establish and cause to be designated within the prison enclosure containing said prisoners a “dead line,” being a line around the inner face of the stockade or wall enclosing said prison and about twenty feet distant from and within said stockade; and so established said dead line, which was in many places an imaginary line, in many other places marked by insecure and shifting strips of [boards nailed] upon the tops of small and insecure stakes or posts, he, the said Wirz, instructed the prison guard stationed around the top of said stockade to fire upon and kill any of the prisoners aforesaid who might touch, fall upon, pass over or under [or] across the said “dead line” ….

“Deadline” popped up again in the early 20th century, now referencing a time limit for some task. Although the Oxford English Dictionary gives a 1920 play as the earliest date found for “deadline” in this sense, in my research, I actually found an earlier instance in the Chicago Daily Tribune (1913) (“It’s a Gay Life, This Reporting” March 7, 1913).

Even in the 1913 reference, the term “deadline” was used with familiarity to refer to time limits in general, thus its undocumented usage in this sense likely started significantly earlier.

At this same time, “deadline” was also being used with an alternate definition by printers as a term to describe the limits of the press bed when type is fitted in, as seen in F.S. Henry’s 1917 work “Printing for School & Shop”:

If the chase is one that just fits the bed of the press, make certain that the type does not come outside of the dead-line on the press.

Yet another definition of “deadline” around the turn-of-the-century refers to a racial deadline, describing the degree to which African American and Caucasian people may mix before one race “absorbs” the other. For instance, in Atlanta in 1902, a $1000 dollar reward ($26K today) was offered to find a white man of “one-sixteenth negro blood” to illustrate “a racial deadline beyond which the African may not go in the effort to efface himself-beyond which no race may go in an effort to absorb him.”

A similar ‘deadline’ existed during the same period, this time in terms of class and real estate, where a boundary was understood to exist between the rich quarters of residential areas and the poor neighborhoods. One newspaper account of the period lamented the rising price of a shave and described a “downtown ‘deadline’ for cheap shaves and haircuts, just as there is for crooks.”

Another outdated use of the term deadline regularly used well into the 20th century described an arbitrary age limit imposed on some Christian ministers. They were expected to consider retiring and withdraw from the pulpit when they approached the ‘deadline’ (usually around age 50!).

As to specifically how we went from a physical barrier prisoners couldn’t cross in the American Civil War lest they be shot to a time limit one isn’t supposed to cross to finish some task, that has been lost to history, though the connection doesn’t seem too hard to make, particularly as the “time limit” version seems to have first popped up in journalism where article deadlines can be extremely tight and editors so often must have things in very specific time slots to get newspapers or the like printed and out for delivery when they need to be.  Thus, the use of “deadline” for a time limit in journalism in the early 20th century would seem to be emphasizing the seriousness of going beyond the limit- “Get your article done by this deadline, or I’ll kill you… figuratively.” 😉