Where the Words “Geek” and “Nerd” Came From 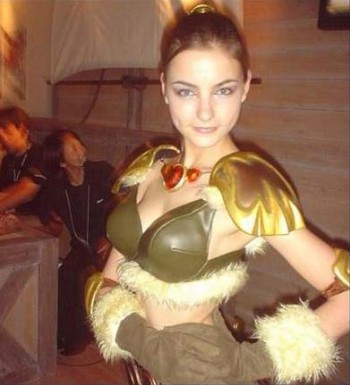 Today I found out where the words “geek” and “nerd” came from.

The first documented case of “geek” dates all the way back to 1916.  At the time, the term was used to describe sideshow freaks in circuses.  Specifically, it was typically attributed to those circus performers who were known for doing crazy things like biting the heads of various small live animals or eating live insects and the like.  These performances were often called “geek shows”.  The word itself, “geek”, came from the word “geck”, which was originally a Low German word which meant someone who is a “fool/freak/simpleton”.

The first documented case of “nerd” was in Dr. Seuss’s If I Ran the Zoo, in 1950.  The specific text was: “a Nerkle, a Nerd, and a Seersucker too”. It was just one year after the Dr. Seuss book, in 1951 in a Newsweek magazine article, that we find the first documented case of “nerd” being used similarly to how we use it today.  Specifically, they used it as being synonymous with someone who was a “drip” or a “square”.

There are two popular theories as to where the word derived from.  The first is that it was perhaps derived from “drunk” spelled backwards, “knurd”.  This was fitting to describe people who studied instead of going out with friends and partying.  A somewhat more popular theory suggests that it came from a modification of “nut”, specifically “nert”, which meant “stupid or crazy person” and was common in the 1940s, directly before the term “nerd” showed up.  The word nerd ended up becoming fairly popular in the 1960s and by the 1970s was hugely popularized by the TV show Happy Days, where it was used frequently.