How Much Caffeine Would It Take to Kill You?

June 26, 2013 Scott 9 comments
Katie asks: How much caffeine would someone have to drink to be fatal? 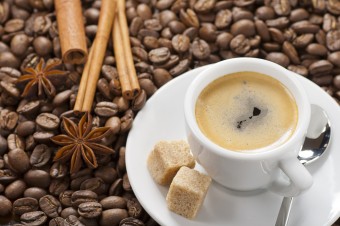 Katie- I’m going to assume this question is only inquisitorial in nature and you have no homicidal or suicidal thoughts. 😉 You’re correct in that caffeine in high doses can kill you. There have been numerous deaths attributed to excessive caffeine ingestion. However, the actual dose that will kill a person is somewhat difficult to answer.

There are several factors that make this a tricky question. Not everyone reacts the same way to caffeine. People also become tolerant to it and so the effects can be different from person to person. Lastly, there would be no respectable researcher who would dare perform a study on humans, if the goal of that study is death to that same person.

All that being said, there are some very good studies that have allowed doctors to understand what’s going on inside the body in caffeine overdoses. They also have been able to presume the approximate dose that would prove fatal for the average person. So while the exact dose is almost impossible to answer for a given individual, I can tell you the highest caffeine dose ever ingested by someone who survived was a mere 100 grams. Although that might not sound like that much, in terms of raw amount of caffeine, it should be noted that that’s the amount of caffeine in about 1,200 cups of coffee!  While lesser doses would probably kill many, we can safely say that’s around the upper bar.

So you might now be wondering how exactly caffeine can be fatal to a person, in terms of what exactly is going on in the body when high doses of caffeine are ingested.  Caffeine is one of several naturally occurring substances known as Xanthines. Xanthines are among other things, central nervous system (CNS) stimulants. Caffeine, specifically, is in over 60 known plant species. It’s the most widely consumed psychoactive substance in the world. Depending on which study you read, approximately 80-90% of the US population consumes at least 200mg per day. In low doses, it has many benefits that can help with things like pain management, water retention, alertness, and a general feeling of wellbeing, to name a few.

As with most CNS stimulants, the higher the dose, the more profound the reaction. As you consume more caffeine, the risks begin to outweigh the benefits. A person can become jittery, anxious, begin having high blood pressure, chest pain, headaches, dehydration, and unfortunately, dependence that causes withdrawals if you don’t continue consuming it. In toxic doses, caffeine can cause extremely low blood pressures, seizures, cardiac rhythm problems, and lactic acidosis.

While there appears to be some dissension among researchers as to exactly how xanthines, like caffeine, cause the reactions they do.  What is known is that they antagonize what are known as adenosine-receptors within almost every cell in the body.

Adenosine is a chemical present in every human cell. It combines with other chemicals like phosphate to create numerous compounds that help cells work properly. Those compounds need to attach to their receptors to affect cells. There are 4 main groups of adensonine receptors within the body and their effects can fall into four categories. Generally speaking, adenosine compounds help in increasing the oxygen available to cells, protect against the damage caused by a lack of oxygen, help in initiating the body’s natural anti-inflammatory responses, and help in the creation of blood vessels.

Caffeine is similar to adenosine in chemical composition, and as such, can attach to adenosine receptors not allowing adenosine compounds to perform normally. The result is CNS and cardiac stimulation, relaxation of the smooth muscles, and a diuretic action on the kidneys that can lead to dehydration.

Thus, in high levels, caffeine can be very toxic. It will bind to adenosine receptor sites known as subtypes A1 and A2. The result is seizures. In high doses, it will also inhibit an enzyme known as phosphodiesterase, while stimulating the release of neurotransmitters involved in your fight or flight nervous system. The result is extremely fast heart rates, dilation of your blood vessels causing low blood pressures, low potassium levels that can cause lethal heart rhythms, the breakdown of sugars in your liver, and an increase in your white blood cells.

If all that doesn’t seem like it’s deadly enough, those side effects will cause their own problems. Specifically, lactic acidosis will be caused by your body’s tissues not getting enough oxygen because your blood pressure is too low. The result of your seizures, low oxygen levels within your cells, and an inevitable calcium release from an area of your cells called your endoplasmic reticulum will give you what is known as rhabdomyolysis- this is a breakdown of your muscles causing a release of your muscle fibers into your bloodstream (brown pee and clogged kidneys anyone!).

If you’re thinking “I’m never drinking that nectar from Satan again”, don’t worry, those toxic reactions won’t happen at normal consumption levels. Don’t just take my word for it; according to the FDA, moderate amounts of caffeine, around 100-200mg a day is not harmful. They are quick to point out, however, that caffeine will affect people differently based on weight, sex, age, and sensitivity. They also state that 600mg or more per day is not recommended.

So unfortunately, when it comes to caffeine, I can’t tell you the exact dose that will kill you, other than to say the highest known dose survived by anyone to date is about 100g. I will, however, repeat the advice that works for just about anything you choose to put in your body, “everything in moderation”. If you decide you want to consume 4 energy drinks and follow it with 3 chocolate bars and some Starbucks coffee ice cream, anxiety, chest pain, and headaches are what you can expect, at the least. That and an increased waist size!