May 31, 2013 Scott
James asks: Is it true that your body has no mechanism for detecting oxygen levels directly and instead measures carbon dioxide levels? 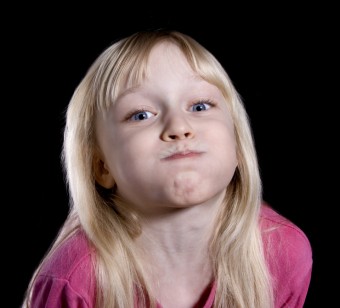 That’s not entirely correct, but the human body does care more about carbon dioxide levels, than oxygen levels, something which might be surprising to some given that the purpose of breathing is to provide our bodies with the oxygen it needs to survive. Only the correct amount will do however. Too little when we need it is bad. Too much when we don’t need it can be arguably just as bad.

The body has a respiratory center in the brain located in an area known as the Medulla Oblongata and the Pons regions. They get voluntary information, like when you want to sing or hold your breath, from an area of your brain called the cerebrum. Involuntary information from an area located in the hypothalamus affects the respiratory center when you get anxious or are fearful. Both of these regions affect breathing from within the brain and do not require information from the body, like say how much carbon dioxide is in the blood.

It’s because of this that things like anxiety attacks and voluntarily holding your breath can over-ride your natural breathing. This can have negative consequences on oxygen and carbon dioxide levels within the blood. It would take an article of thesis-like length to do justice to the subject of how voluntary stimulation of the respiratory center can affect things, and this article’s already going to be long enough, so I’ll focus mostly on when you’re breathing normally, like in the case of sleeping.

In these situations, the respiratory center gets information from what are known as chemoreceptors. These receptors are responsible for regulating our breathing so just the right amount of oxygen gets in, and the right amount of carbon dioxide gets out (despite what we voluntarily want to do). There are two main types of chemoreceptors- peripheral and central. They’re made up of a grouping of cells called Glomus cells. While the purpose of these receptors is to make sure we are getting enough oxygen, most of them don’t react to oxygen levels. Instead, most, and all of your central chemoreceptors, react to carbon dioxide and pH levels. Only peripheral chemoreceptors use oxygen levels as a part of how they regulate certain types of breathing.

So why and how do these chemoreceptors do it?

Almost everything in the human body needs to be maintained in a very narrow range for the many chemical processes within it to work properly. This is known as homeostasis. Every living cell in our bodies has numerous chemical reactions taking place to sustain life as we know it. The molecules responsible for these chemical reactions are known as enzymes. They control everything from food digestion, the making of new cells, to creating DNA strands. Most of these enzymes are made of protein molecules, and all are extremely sensitive to changes in many things like pH, oxygen and carbon dioxide levels, and temperature changes, to name a few. If you increase or decrease any of these things beyond what is normal for them, different enzymes will begin to react differently and abnormal processes that cause a wide range of problems begin.

As an example, if you were to breathe faster than you need for the work your body is doing at the time, like with an anxiety attack, you could cause what is known as respiratory alkalosis. The end result might be numbness and tingling in your fingers, toes and lips, uncontrolled cramping known as a carpodedal spasm, abnormal cardiac rhythms and low blood pressures. Anyone feeling like being anxious 🙂

Central and peripheral chemoreceptors all work similarly to maintain the narrow range of carbon dioxide to oxygen levels. Inside our blood and the cerebrospinal fluid around our brains there is a specific amount of oxygen and carbon dioxide. This information from outside the cells gets transmitted within the cells. That information causes a reaction that releases different types of neurotransmitters (the chemicals that transmit signals from one nerve to the next) to be released. Those transmitters make the nerves controlling our breathing muscles increase or decrease their activity. The end result is faster or slower breathing, depending on the needs of your body at the time.

The peripheral chemoreceptors are called that because they are located outside of the central nervous system. They are in two separate locations, in your carotid arteries, known as your carotid body, and in the arch of your aorta, known as the aortic body. When the oxygen levels within the blood get too low, not very much oxygen is forced into the Glomus cells. When this happens, the low amount of oxygen causes a signal, called depolarization, to release the neurotransmitters telling your nerves that control the breathing muscles to contract. Ahh, breathe the free air again my friends!

This isn’t the only way your peripheral chemoreceptors work. The Glomus cells also release carbon dioxide as a result of them working. When the level of carbon dioxide inside the blood gets too high, the CO2 from within the cell cannot get out. This also causes a release of neurotransmitters and you breathe more. More CO2 also causes the blood to become more acidic. This low pH is also sensed by the cells and thus pH will also affect the neurotransmitter release. In the end, the peripheral chemoreceptors can make you breathe faster, or slower, by sensing the levels of oxygen, carbon dioxide and pH within the blood.

That being said, it is these receptors that mainly stimulate inspiration, and consequently expiration. Expiration causes excess CO2 to be released, thereby decreasing the amount of CO2 compared to oxygen. The result is that perfect homeostasis we talked about earlier.

When it comes to what is most important in affecting involuntary breathing, you can see that CO2 levels tend to affect breathing much more than oxygen levels. It is the only level the central chemoreceptors are aware of, and the peripheral chemoreceptors use it in conjunction with oxygen to determine how they will react.

So now that you know what your body is sensing within the blood, you can have lots of fun trying to override what it wants to do naturally. If you want a cool “party-trick”, try breathing really fast for a while and then hold your breath. There is a really good chance you’ll pass out! Ok, I’m guessing if I asked, our lawyers would advise us to say, “Don’t do that.” You can really cause some damage, the least of which might be hitting your head when you fall”. So once again, since it could be dangerous, don’t do that. If you want proof it works, “YouTube” it. Learn from others mistakes.  Or we can put a positive learning spin on that and you know how kids (and many adults) will often take several really deep breaths right before diving under water?  Ya, don’t do that. That could really, really not work out for you if you pass out.