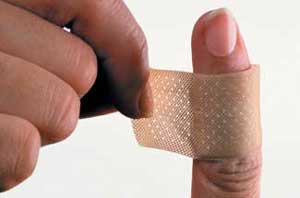 Today I found out why paper cuts hurt so much.

The generally accepted reason paper cuts are so painful primarily lies in the fact that you usually get them on your fingers, particularly your fingertips.  Fingertips and hands have significantly more nociceptors (nerve fibers) per square millimeter than most of the rest of your body, such as your legs, arms, stomach area, etc.  This ends up making cuts on your fingertips feel significantly more painful than cuts elsewhere, even when they are produced by paper or similar objects.

So that’s fine for the reason why paper cuts hurt so much more than other cuts on the rest of the body, but why do paper cuts seem to hurt more than other types of cuts on the hand?  This is thought to be because the edges of paper are very dull and flexible, compared to knives and other such sharp objects.  Because of this, when the paper cuts your flesh, it does a lot more microscopic damage as it rips through your skin.  Think of it like a dull knife that you are trying to use to cut into a steak.  You have to saw at it more than with a sharp knife and, in the end, the cut you made is a lot more mutilated than a cut with a very sharp knife.  With paper cuts, you can’t see this with the naked eye, but the same type of thing is happening.

Not only is there more microscopic damage, but this damage is also very shallow on the skin.  This will further increase the pain because some of the most sensitive nerves in your skin, which have very low thresholds to trigger, are near the surface.  This will result in a much sharper and distinct pain than if the cut had been deeper and caused the same type of damage to nerves deep in your flesh, which would send back signals to the brain more akin to a throbbing sensation when they are activated.

Further, the paper cut, being a very shallow wound, will also tend to hurt longer because they won’t bleed much and sometimes not at all.  This leaves the nerves open to the air and other irritants, so they will continue to be in an activated state for much longer than more significant cuts.