Jim R. asks: Is it true that the word jumbo came from the name of an elephant? The word “jumbo” can roughly be understood to mean “a large specimen of its kind” and it’s often posited that the word entered the English language thanks to an elephant. While this is certainly a nice story, the truth is a little more complicated. First […]

END_OF_DOCUMENT_TOKEN_TO_BE_REPLACED

Unless you didn’t quite get enough info from the title- yes, it is entirely possible for a chicken to lay an egg that contains another fully developed egg, what we now officially dub an Xzibit Egg. A wonderfully bizarre Matryoshka doll made of protein and disgusting (when you think about it) deliciousness. As you may or may not know, a […]

END_OF_DOCUMENT_TOKEN_TO_BE_REPLACED

Considering how most dogs in the Western world these days are treated as a member of the family, it’s often easy to forget that the vast majority of our furry friends up until very recently were bred for a specific purpose. Perhaps no dog was bred for a more specific purpose than the now extinct, turnspit. The turnspit was so named […]

END_OF_DOCUMENT_TOKEN_TO_BE_REPLACED The first Earthlings sent into space were brave, calm under pressure, and heroic. They were also not human and many of them were furry. Yes, before Apollo 13, Buzz Aldrin, Neil Armstrong, and Yuri Gagarin, humans sent fruit flies, monkeys, and dogs into space to determine if living beings could survive the trip. These tests helped prove that, given a […]

END_OF_DOCUMENT_TOKEN_TO_BE_REPLACED

Some people are into feet, others like dressing up in furry costumes, and a rare few will even get scatological (See: Mozart’s Much Less Family Friendly Works). But when it comes to weird sexual practices, it would be difficult to top the mating rituals of the one-humped camel. Also known as the Arabian camel and dromedary, Camelus dromedarius is found […]

END_OF_DOCUMENT_TOKEN_TO_BE_REPLACED

Noah A. asks: Why do roosters crow in the morning? Next to the bark of a dog or the gentle meowing of a cat, the crow of a rooster is one of the most recognisable animal noises on Earth; but why exactly do roosters feel the need to crow and is there any truth to the idea that they crow […]

END_OF_DOCUMENT_TOKEN_TO_BE_REPLACED

Soshi K. asks: What do cockroaches eat and where do they live when not in our houses? Sneaky and skittering, invasive and indomitable, the disgusting peridomestic cockroach is a formidable enemy for anyone unlucky enough to live among them. Interestingly, however, they are surprisingly delicate, and at least one species is utterly dependent on humans for its survival. Of the […]

END_OF_DOCUMENT_TOKEN_TO_BE_REPLACED

In addition to being an occasional biological necessity, human flatulence has served a variety of uses, including as a way to clear a room, entertain friends, torture a sibling, and tease a child (pull my finger). But while some humans have elevated farting to an art form (see: The Most Famous Farter in History), perhaps no entire species has elevated […]

END_OF_DOCUMENT_TOKEN_TO_BE_REPLACED

Karen C. asks: True or false, you should suck the venom out of a snakebite after someone gets bitten? There are a number of productive things you can do to help a snakebite victim; trying to suck out the venom isn’t one of them. Actually having a negative effect, potentially further damaging the tissue around the bite and thus helping […]

END_OF_DOCUMENT_TOKEN_TO_BE_REPLACED

F. Whisten asks: Is it true that all clams are male? If so, how do they reproduce? Encased in a hard shell, brainless and possessing only a single limb (a retractable foot that looks like a tongue), clams seem like a species for which reproduction would be difficult. And yet, each year, millions of clams are born – thanks in […]

END_OF_DOCUMENT_TOKEN_TO_BE_REPLACED

Eddie C. asks: How do ducks and other birds keep their feet from getting frostbite in the winter? How a bird reacts to the cold depends on what kind of a bird it is and there are a variety of methods they use to keep their legs warm, from the mundane to the much more fascinating. For starters, many birds […]

END_OF_DOCUMENT_TOKEN_TO_BE_REPLACED

Mark D. asks: How do they make real silk from worms? One of the softest fabrics on the planet, shiny, breathable and comfortable, silk has been a highly prized cloth since it was first harvested thousands of years ago. And despite advances in production methods and new possibilities for cultivation, still today the only reasonable way to glean the thread in […]

END_OF_DOCUMENT_TOKEN_TO_BE_REPLACED

Abi W. asks: Why don’t birds fall off branches when they sleep? Everyone needs sleep, but for many birds, by necessity this has to happen while perched on a branch or other place that must be gripped. Anyone who has ever fallen asleep reading and found her book on the floor knows how difficult it can be to hold onto […]

END_OF_DOCUMENT_TOKEN_TO_BE_REPLACED

Scott K. asks: Why don’t vultures get sick when eating dead things? How come humans can’t do the same? As an animal that is synonymous with death and disease, the vulture understandably has a poor reputation in many cultures across the globe, despite, ironically enough, being a huge boon to humans in terms of being able to reduce instances of […]

END_OF_DOCUMENT_TOKEN_TO_BE_REPLACED 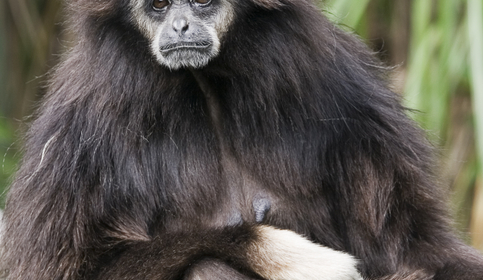 Mark I. asks: Are there any known animals other than humans that intentionally commit suicide? Animal suicide is a hugely controversial issue in the world of animal research and psychology, because although there are numerous documented instances of animals seemingly intentionally ending their own lives, no one is exactly sure whether these cases can technically be classified as suicide. First […]

END_OF_DOCUMENT_TOKEN_TO_BE_REPLACED

Kay P. asks: Is spider blood really blue? When it comes to spiders, people generally know two facts about them- that you swallow around eight of them per year and that their blood is bright blue. Fortunately, the former is absolutely not true at all, the latter, on the other hand, is mostly correct. While it’s certainly true that spiders […]

END_OF_DOCUMENT_TOKEN_TO_BE_REPLACED

In the spring of 2005 during their mating season, toads in Germany and Denmark began exploding. Spewing guts, blood and skin for nearly a yard in every direction; the disturbing phenomenon at first baffled concerned scientists, although they eventually discovered the cause of the fatal condition. Pools of Death Observed near two ponds during that spring, one in the Altona […]

END_OF_DOCUMENT_TOKEN_TO_BE_REPLACED 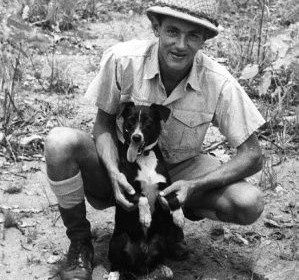 Heroes come in many forms; some are even furry and four-legged. Due in part to their superior ability to sniff and hear trouble, dogs have long been a fantastic ally and a great protector of humans. After all, it was Lassie who, through a series of barks, told the grown-ups that Timmy was in trouble again (Note: Timmy never actually […]