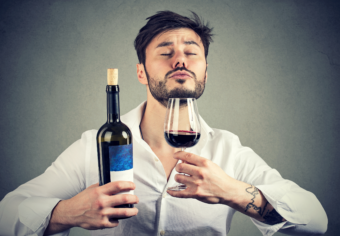 Outside of wine snobs, I think we can all agree that wine snobs are just the worst. This is not because virtually every study ever conducted into the field of wine tasting as a whole has concluded that it’s ridiculously easy to convince even the top sommeliers that $5 boxed white wine is the finest red wine ever bottled. Nor is it because wines they would happily sacrifice their first born to have a glass of and would have otherwise raved about, when told the glass contains a variety of some cheap wine they are to identify, are more than likely to claim it tastes akin to horse piss. No, the fact that human psychology is so big a part of the whole wine mythos (and how we perceive tastes and smells) isn’t our problem here; humans are gonna human, after all, and everybody likes what they like, with human psychology often playing a big role. Who are we to judge?

No, the real problem is a rather vocal subset of wine connoisseurs who are astoundingly snooty about the whole thing, making all the rest of us wine lovers look bad in the process. This level of snobbishness is particularly rich given that what some of them have spent thousands of hours of their precious time on Earth doing is nothing more than becoming an expert on grape juice- you know, the stuff (sans alcohol) that your 2 year old drinks at $3 a gallon… You might as well get highfalutin about your magnificent fuzzy sock collection. (Which, to be fair, is fabulously comfy I’m sure.)

Perhaps nothing sums all this up better than the so-called “Judgement of Paris”- an event that would change the wine world forever (for the better). Besides the more productive outcomes, the event saw some of the top pearl-clutching French wine snobs throw a near year-long temper tantrum because they accidentally revealed that in a blind taste test they not only largely misidentified the American wine from the supposedly far superior French wine, but that they strongly preferred the American adult grape juice…

The origins of the Judgement of Paris can be traced to a well meaning promoter of French wine and owner of a wine store in Paris, Steven Spurrier. Spurrier organized the event with the hopes of highlighting that the quality of wine coming from California at the time wasn’t nearly as bad as its reputation then held. He also hoped in the process to drum up some additional business for his Parisian wine shop in highlighting the many French wines that could be purchased there. Naturally, he, along with pretty much everyone else in the world, assumed the French wines would win the contest pretty handily.

In organizing the event, Spurrier scouted what he felt were the finest wines currently produced in California and pitted them, deathmatch style, against their closest French equivalent.

To judge the competition, Spurrier tracked down some of France’s top wine experts, including the then editor of The French Wine Review, Odette Kahn, as well as several professional sommeliers (the elite of the elite of wine tasters) of the French persuasion.

All in all Spurrier was able to assemble a veritable dream team of wine-sniffing talent consisting of nine of the best palates in the business. To round out the numbers, Spurrier himself took part, as did American wine connoisseur Patricia Gallagher.

Realising that accusations of bias would inevitably be levied against him if French wines cleaned house at the event, Spurrier opted to make the event a blind tasting and told his fellow judges to simply judge each wine on its own merits, not by any specific scale. Something his judges had no problem with.

Although Spurrier attempted to publicise the competition as widely as he could, sending invites to most every major media outlet he could think of, the whole thing was seen as being such a nonstory that only a single journalist turned up to cover the event- TIME magazine’s George M. Taber. Taber would later state he only showed up as a favour to Spurrier and, like most everyone else, assumed that the French wines would win hands down, which would likely see his article tantamount in interest to one titled “Water is wet”.

Taber (who, unlike the judges, knew which wines were which ahead of time) quickly changed his mind though when he saw French restaurateur and chef Raymond Oliver say to himself “Ah, back to France” while sampling a Napa Valley chardonnay…

As Taber would later recount in an interview with NPR, “I thought, hey, maybe I got a story here.” And oh boy did he have a story, with the subsequent piece he penned being called “the most significant news story ever written about wine.”

Almost every judge placed at least one American wine above it’s French counterpart while several, including a later mortified Kahn, deemed an American wine, both red and white, to be the best overall. In fact, the American wines as a group absolutely dominated the event, 1992 Olympic Basketball Dream Team style.

While this still might seem like a nonstory today, it’s important to understand the context here. Again, at this point in history, it was generally assumed by pretty much every wine expert that French wine was vastly superior to all other wines in the world for a variety of reasons, including things like soil, weather, secret methods passed down over the centuries known only by French wine makers, etc.

As Taber would later comment on the results, “It turned out to be the most important event, because it broke the myth that only in France could you make great wine. It opened the door for this phenomenon today of the globalization of wine.”

Wine expert and author David White further chimed in, “The 1976 judgment totally changed the game. [The results] gave winemakers everywhere a reason to believe that they too could take on the greatest wines in the world.”

Not long after this event, the creation of new wine vineyards across the world absolutely exploded. On top of this, according to the founder of the award winning wine brand Stag’s Leap, Warren Winiarski, wine makers also began more openly sharing information about their methods with others in the field. What this all revealed was that the French wine makers had fallen well behind the times in a lot of areas owing to keeping to various traditions and classical ways of doing things, whereas newer vineyard owners had been more open to embracing improved methods and technologies. Thus, thanks to this event, Winiarski states,  “The wines of the world are better, the wines of France are better.”

Going back to the Judgement of Paris, upon hearing the results, a furious Odette Kahn tried and failed to get her ballot back, reportedly desperate to stop anyone from finding out how she had ranked the wines, fearing it would ruin her considerable reputation in the wine world.

When her efforts failed, she resorted to slandering Spurrier and claiming that the event, judged near exclusively by French wine experts, in France, put on by a guy who at the time only sold (and spent his life championing) French wines had been rigged against French wine…

Kahn, and others, also saw to it that Spurrier was temporarily ostracized from the French wine community, initially making it difficult for him to stock the shelves of his wine shop as well as banning him from the prestigious French wine tasting tour for a year. After that year he still occasionally had trouble acquiring certain wines, such as finding himself banned from the Domaine Ramonet-Prudhon vineyard when he went there to make a purchase over a year later.

(Not all was lost for Spurrier, however. He would later go on to win a variety of awards in the wine industry, including one for, ironically, “his services to French wine.”)

But before all this, the French media responded by effectively burying the story of the Judgement of Paris. In fact, among the scant mentions of it in French papers from the time, some questioned whether the event had actually happened. One that did acknowledge it simply argued that the experiment was merely an example of “the silliness that can occur at blind tastings”, which, to be fair, that’s a valid point, though the overarching result of the event still stood- while exact results may vary from test to test, French wines weren’t in a class of their own anymore.

That said, 30 years later Spurrier organised yet another blind tasting very much like the first to see if the results would change, but, again, this resulted in American wines winning top honors. This time, however, seemingly nobody was greatly surprised, nor upset. Turns out you can make great wine in a variety of regions in the world, not just on French soil.