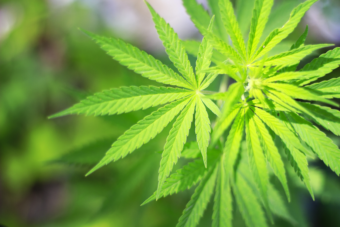 Amsterdam is one of the most popular tourist destinations in Europe- a city famous for its canals, its museums, its history and, well, it’s weed. Except, it turns out the common idea that marijuana is legal in the Netherlands isn’t accurate at all. This is despite the fact that an estimated 25-30% of all tourists to the country visit one of its famous “coffeeshops”. And for a little clarity here, when we talk about “coffeeshops” in Amsterdam, we don’t mean places that you go to because you want coffee…

In the Netherlands, if you want coffee, you go to a cafe or a coffee house. If you want pot, you got to a coffeeshop, which are called this primarily as these establishments are not allowed to explicitly advertise their wares. Thus, one of the first such “coffeeshops”, Mellow Yellow, was publicly a tea house. Other similar establishments soon popped up in the 1970s, generally publicly advertising themselves as coffeeshops, which soon became the accepted way to advertise an establishment that sold pot.

Now, as stated earlier, despite what you might think, and the smell on the street near these establishments, pot is not legal in the Netherlands. So how did these shops have the audacity to open in the first place? That’s thanks to gedoogbeleid, which literally translates to “policy of tolerance”.

You see, in response to a sharp rise in drug use in the 1960s, the Dutch, initially, like many other countries did their best to curtail such usage. But thanks to a general attitude that people should be allowed to do what they wish with their bodies and health, in the late 1960s and early 1970s the Public Prosecutor’s office decided to switch the focus, distinguishing between so-called “soft” and “hard” drugs in terms of what to focus on in their prosecution.

In a nutshell, the idea here was that while laws may make something illegal, it’s not always in the public interest to enforce every law. In this case, the 1972 Baan Committee report determined that prosecuting marijuana usage had a greater negative impact on the general public than simply allowing its use. Thus, the Dutch government began to take more of a relaxed attitude towards soft drugs, leading to the policy of tolerance, gedoogbeleid, that officially emerged in the 1970s.

Among the benefits here are that it allows the government to better regulate the distribution and use of certain drugs, earn money via taxation, keep more people out of prison, and save money on expensive prosecution that has little benefit, while still allowing people the freedom to do what they want with their own bodies.

As to those small quantities, the general rules that were developed whereby the police and courts will turn a blind eye to any marijuana activities are that individuals can possess:

It should be noted here, however, that the government site still states that police are allowed to seize any cannabis plants they find as it’s still technically illegal to grow marijuana, regardless of whether you are growing 5 plants or fewer. It’s just you won’t be prosecuted in these cases if this happens.

As for coffeeshop owners, they must follow their own “toleration criteria”, which is generally defined as:

Of course, you might have spotted a problem here with the rules regarding weed in the Netherlands- if a person is only allowed to possess 5g of weed at a time, how do the shop owners get away with having more, and who do they buy it from?

It turns out the shop owners are only allowed to stock 500g at a time, and as to who they buy the weed from- nobody they’re willing to admit to. You see, the process of purchasing weed over 5g at time is completely illegal in the Netherlands.

As Dutch lawyer Maurice Veldman states, “The coffeeshops are not really legal. They are allowed…. People who supply the greenhouse with different kinds of cannabis a few times a day. They walk in here and they drop it on the back of the counter and they disappear immediately. And these people, they don’t exist in the organization, because it’s not allowed…”

If a person supplying the shops is caught outside of it with their wares, they can expect to be arrested. Once they’ve entered the shop, however, as long as the shop doesn’t then contain more than 500g, the police are generally going to ignore it.

Flagrantly surpass this number, however, and the fines can be enormous, such as happened to the owner of the Checkpoint coffeshop, Meddie Willemsen, in 2010 when his coffeeshop, which served over 3,000 people per day, was raided and found to be storing over 200 kg (440 lbs) of cannabis. His fine? 10 million Euros (about $12 million dollars) and a 16 week prison sentence.

Despite all these rules and risks to the person delivering the drug, coffeeshop owners seemingly have no trouble keeping a variety of weed on hand.

Another quirk of the Amsterdam legal system is that while smoking inside in the Netherlands (as is the case in the vast majority of Europe) is illegal, you can still smoke pot inside… although don’t think about mixing it with tobacco, since the smoking ban in 2008, that’s been illegal.

As to why the Netherlands maintain this bizarre mishmash of rules, much of the contradiction seems to stem from pressure from other European countries. You see, if growing weed was made fully legal in the Netherlands, the fear among surrounding nations is that the Netherlands could potentially very quickly become a massive hub for illegal marijuana export to surrounding countries.

On this note, despite the popularity of coffeeshops with tourists and the many millions of dollars it brings into the country annually, weed tourism almost became a thing of the past in 2012.

What happened was the government tried out something in the south of the country called the “Wietpass” or “weed pass”. Essentially, this was something that only Dutch citizens could get and it was required for people who wanted to buy weed in the southern part of the Netherlands.

Again, the impetus for the weed pass was largely due to pressure from other European leaders who didn’t want their citizens going to the Netherlands as drug tourists, as frequently happens.

Unsurprisingly the weedpass was a failure, perhaps because, as part of the initial version of the law, people had to register their personal details at a coffeeshop, something they were less than keen to do.

Illegal street sale boomed as a result in cities where the weedpass was required, the prevention of which was a huge part of why gedoogbeleid and the lax attitude towards coffeeshops and weed possession was instituted in the first place.

But still, with pressure from the EU mounting, the government rolled out the program anyway.

That said, with the unpopularity of the weedpass program, in Amsterdam and many other parts of the Netherlands, as of 2018, you don’t need a “weed pass” to buy marijuana. To ease the pressure from the politicians pushing it, Amsterdam made other restrictions as a concession, such as closing down coffeeshops within 250 meters of schools, even though no one under 18 could purchase weed at the coffeeshops anyway.

So, yes, contrary to popular belief, weed isn’t exactly legal in the Netherlands, but thanks to the Dutch gedoogbeleid, as long as you don’t possess or try to purchase more than 5g at a time, don’t expect to get in any trouble for possessing it, or even smoking it in coffeeshops where they openly sell the technically illegal drug that they definitely acquire via illegal means.