Medical Oddities Part 2: You Can Brew Beer In Your Digestive Tract

October 2, 2013 Scott
For part 1 of this series, see: How Pilates Caused a Woman’s Body to “Swallow” Her Breast 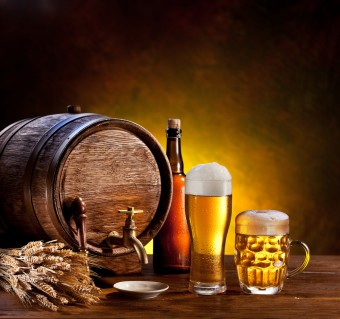 Imagine- your wife begins to think you’re a closet alcoholic, so she purchases a breathalyzer to test your blood alcohol content (BAC) throughout the day. Your doctors concur with her assessment, thinking you’re sneaking off into dark corners to imbibe without the judging eyes of the world to condemn you. The only problem, you really haven’t been drinking. All of the begging and pleading in the world won’t convince anyone. After all, you’re constantly drunk.

That’s exactly what happened to a 61 year old man from Texas. After going to a local emergency room to complain of dizziness, he was told he was just drunk. His BAC was 0.37- nearly 5 times the legal limit to drive. The mystery lay in the fact that he hadn’t been drinking. So how do you get drunk without drinking or otherwise putting any alcohol into your body?

This is where gastroenterologist Dr. Justin McCarthy, from Lubbock Texas, stepped in to try and figure out the curious case of the drunk man who drank no alcohol. What they found was that this man had experienced a set of circumstances that allowed alcohol to be fermented within his own stomach and intestines. Yes, you can brew alcohol in your stomach.

Endogenous Ethanol production, or Auto-brewery Syndrome, was first described in medicine in 1972 in Japan. Very few cases are ever reported, presumably because the syndrome requires an unusual set of circumstances to cause noticeable symptoms. In all of the known cases, some type of yeast (in this man’s case Saccharomyces cerecisiae, or brewer’s yeast) ferments the sugars coming from carbohydrates or any sugary foods into ethanol (ethyl alcohol). Should enough ethanol be produced, you get drunk.

Brewer’s yeast is found in many different types of foods like breads, wine, and beer. It’s also sold as a nutritional supplement due its high levels of selenium, protein, and B-complex vitamins. Unlike other types of baking yeasts, it’s high in chromium, an essential mineral that helps with maintaining our blood sugar levels. So why is it that such a common food additive, ingested by people the world over, only creates auto-brewery syndrome in such a small number of people?

The truth is that the phenomenon of different types of yeast producing ethanol in our digestive tracts is very common. One study of people suspected of having auto-brewery syndrome showed 61% of people had an increase in their blood alcohol level when given oral glucose (sugar). Another study done in the United Arab Emirates showed that while this alcohol production was common, the production was “too low to have any forensic significance”. Basically, people don’t complain because the amount of alcohol produced didn’t give them any symptoms. (Although, that same study noted that the average blood alcohol level of the participants was approximately .034%- almost half the legal limit to drive in most US states.)

That being said, auto-brewery syndrome leading to problems such as the above man from Texas had is rare enough that there haven’t been many studies performed that can isolate who is most at risk of contracting the problem- unless of course you think getting drunk on bread and candy isn’t a problem. 🙂

One documented case involved a girl who had a short bowel. When contents from her shortened bowel began to grow certain types of yeast (Candida glabrata and Saccharomyces cerevisiae), those yeasts fermented any carbohydrates the girl consumed and she would become intoxicated.

Japan has the highest number of cases reported. Why do Japanese people have this problem more than others?  It comes down to enzymes. About 50% of Japanese people have a mutated gene that leaves the liver unable to properly filter alcohol. The result leads to them being unable to quickly get rid of the alcohol in their system, which in turn means they also remain drunk longer. So, essentially, smaller amounts of alcohol produced over time build up to make them drunk where others’ bodies might simply be able to filter out the alcohol quick enough that no noticeable symptoms occur.

WARNING: Ultra Nerdy Science Details Right Ahead: Specifically, many Japanese people lack an enzyme called aldehyde dehydrogenase (ALDH). This enzyme would normally convert a byproduct of ethanol being processed by the liver (acetaldehyde) in to a harmless acetate. Due to the fact they have no ALDH, when they consume alcohol, or their bodies produce natural ethanol (remember approximately 61% of suspected cases have been shown to produce it at low levels), it leaves them with a build up of acetaldehyde in their system. That excess causes numerous unwanted symptoms and can also produce more ethanol, thereby giving them a higher BAC than would normally be. /Ultra-Nerdery

As you can see, the circumstances around all known cases are somewhat different and no known definitive test exists that can confirm diagnosis. Instead, doctors need to figure out each unique situation based on the person’s medical history. In all cases, the underlying mechanism of the syndrome is an overgrowth of yeast in the digestive tract that ferments carbohydrates into ethanol. The curious case of this 61 year old is no exception.

His story began in 2004 when he broke his foot. After a surgery to repair it, he was given antibiotics to control the infection. Directly after that, he became excessively drunk after only 2 beers, and would even sometimes get drunk after not having drunk at all. What was unusual about this case was that the gentlemen in question would not become drunk for sometimes up to 24 hours after ingestion of carbohydrates. After several frustrating years, he presented himself before Dr. McCarthy in 2010 and his problem was revealed.

The antibiotics killed off some of the bacteria in his digestive tract. The resulting loss allowed a growth of brewer’s yeast to take hold in his gut. Drunken sandwiches were on the menu from there on out!

His treatment is the same as most people who have this disorder. He was given anti-fungal medication (Diflucan) to kill the yeast, followed by a course of Acidophilus (a type of gut bacteria) to recolonize his digestive tract with appropriate amounts of gas producing microbes!

In the end, it is possible to brew beer in your stomach. If you want to start avoiding all those liquor taxes, take a high dose of antibiotics to kill all your gut bacteria, eat a bunch of brewer’s yeast and take your date to the Olive Garden. Eat all the salad and bread-sticks you want because you’re not paying for the drinks! Who said there aren’t legal ways to avoid paying taxes… Of course… don’t actually do that.