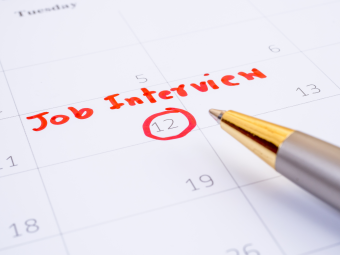 While it’s commonly stated that the practice of marking important dates in red didn’t begin until the Middle Ages, in fact, in ancient Rome red ink was sometimes used on calendars to identify significant dates, as well as occasionally used on important text in documents, with the underlying reason in both cases seemingly being the same as today- to make the text stand out, in the case of the calendar marking a noteworthy day.

Through the years this practice continued, and in particular with medieval scribes who used red ink in much the same fashion for initial capital letters and certain important words (called rubrics) in their illuminated manuscripts.

As writing became more widespread, others quickly adopted the use of red ink in their writing, too, as noted by John Trevisa in Polychron (1387): “we writep capital letters wip reed colour.”

Likewise, particularly important days, such as a saints’ feast or one of the holy days, were identified on medieval church calendars with the color red. It was first identified in English by William Caxton in The boke yf Enyeydos (1490): “We wryte yet in oure kalenders the hyghe festes wyth red lettres of colour of purpre.”

In 1549, the first Book of Common Prayer included a calendar with the holy days marked in red, thus spurring use of the phrase; however, the first print reference to red-letter day is not seen until 1663, when Edmund Gayton wrote in The religion of a physician: “the Red-letter daies being the Ornament of her Year.”

Using the term in reference to a secular day is first seen in The Journals of Madam Knight in which Sarah Kemble Knight (1666-1727) wrote: “Their Chief Red Letter day is St. Election, wch is annually Observed according to Charter, to choose their Govnr.”

Notably, even today in England there remains an official practice of recognizing certain special days as “Red Letter days,” such as the Queen’s birthday and some saints’ days, at least with its High Court; on these days, all High Court judges wear scarlet robes, while on ordinary days, only judges hearing criminal cases wear the long red garments.