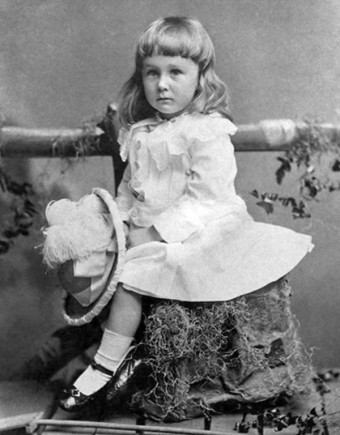 If we were to play a word association game where I said a word and you had to yell out the first color that came to mind, it would probably go something like this: Banana- Yellow; Apple- Red; Boy- Blue; Girl- Pink.

We can all understand why yellow and red are associated with bananas and apples, but boys are not blue and girls are not pink. So why are these colors so very much associated with these genders?

Gender identification by color began in the early 20th century in the Western world. Before this, pink and blue did not hold any gender specific connotations and there are numerous examples of men wearing pink outfits and girls wearing blue; one French author, Xavier de Maistre in his work, A Journey Around My Room published in 1794, even recommended that men choose to paint their rooms pink and white to improve the mood.

Fast-forward to the early 20th century and this began to change.  When it did, starting just before the 1920s, pink was deemed by many guides to be more appropriate for boys and blue for girls, although this wasn’t even remotely as popular as the “pink is for girls, blue is for boys” association that exists today; many people completely ignored the gender recommendations altogether.

One of the earliest references to this original color scheme appeared in a June of 1918 edition of the trade publication Earnshaw’s Infants’ Department,

The generally accepted rule is pink for the boys, and blue for the girls. The reason is that pink , being a more decided and stronger color, is more suitable for the boy, while blue, which is more delicate and dainty, is prettier for the girl. 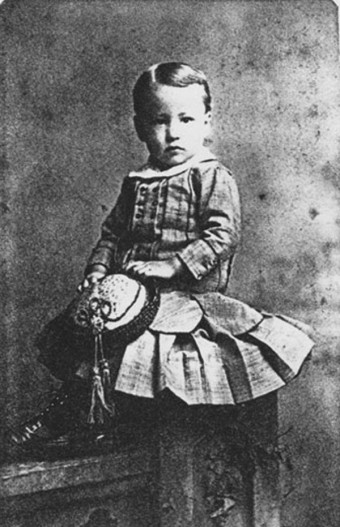 In 1927, Time magazine printed a chart highlighting gender-appropriate colors for girls and boys according to leading U.S. retailers. Filene’s (in Boston), Best & Co. (in New York City), Halle’s (in Cleveland), and Marshall Field (in Chicago) all advised parents to dress boys in pink and girls in blue. Why did they care at all? It is generally thought it was simply because if parents followed such a color scheme, they would have to buy a whole new wardrobe and set of baby accessories in the “appropriate” colors if they had a boy and a girl at some point, rather than just going with reusing the one set for both as before.

For reasons unknown, this all started to change around the 1940s when clothing manufacturers decided on pink for girls and blue for boys. It has been suggested that boys simply like blue more and girls like pink more, but studies to date trying to see if this is true have come up with mixed results, except firmly showing that the vast majority of humans prefer blue to pink, and pink is actually one of the adult world’s least favorite colors. (As you might imagine, it’s difficult to perform large scale studies to determine if boys and girls are naturally predisposed to one color or another without the introduction of existing learned color biases, even in countries that don’t popularly follow the pink-girl/blue-boy scheme.)

Whatever the case, the women’s liberation movement of the 1960s and 1970s saw a resurgence of more unisex or perceived gender-neutral clothing colors. In fact, in the 1970s, the Sears and Roebuck catalog even went two full years without showing any toddler wearing pink, in stark contrast to a couple decades before.

But these gender neutral efforts were undermined with advancements in prenatal testing where parents could find out the gender of their baby before needing to buy clothes and accessories. Once again, manufacturers and retailers started pushing hard for the “pink for girls” and “blue for boys” phenomenon that continues to be entrenched in our society today.

So what did people do before this color association? Prior to the invention of cheap chemical dyes that allowed clothes to be washed in hot water over and over again with minimal fading, most infants were simply dressed in white for everyday life and sometimes in random colors for more formal occasions, with no one color being favored for boys or girls.

Regardless of color, in both cases, they wore dresses.

Why white dresses? White was easy to bleach and, at least in the beginning, changing diapers is much easier in dresses than pants. Further, with children growing rapidly, dresses were a bit more practical in terms of not needing to get the sizing as precise.

Even beyond the diaper stage, which was discarded much earlier back then (see Bonus Fact for more), gender differences were not highlighted until children were much older. In fact, it wasn’t at all uncommon to have both boys and girls wear dresses or short skirts until age five or six.

In the early 20th century, as noted, this began to change.  Beyond the introduction of more colors and loose guidelines about which color went with which, boys started wearing garb associated with men at a younger and younger age, resulting in a shift away from dresses and a move towards pants.  A similar significant shift happened during the women’s liberation movement, but instead of going back to dressing boys in the more convenient dresses, many started dressing their girls the same as boys- in pants.

Of course, today for many in the Western world, girls wear pink dresses and boys wear blue pants. Period. This curious phenomenon is so firmly entrenched that if you tried to dress a two year old boy in a pink dress, regardless of the child perhaps having a traditionally male hair style with male-centric accessories hinting that your toddler is a boy, absolutely no one would think they were looking at a male child until you told them. And when you did tell them, you’re likely to get some funny looks.