March 21, 2016 Samantha
Mark R. asks: Why do pitchers stand on an elevated mound? 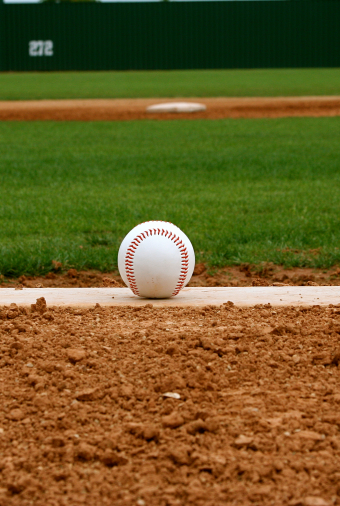 Today, the pitcher is probably the most important position on a baseball field. However, this wasn’t always the case. In the early days of the game (see: Who Really Invented Baseball?), the pitcher’s role was merely to toss the ball to players to initiate play, since the real action didn’t start until the bat hit the ball. Pitchers often lobbed the ball underhand; there were no fastballs or curveballs (at least other than the natural curve from the underhand pitch), and no balls or strikes were called. Since baseball revolved around batters hitting the ball, a pitcher would pitch as many pitches as needed until a hit was executed.

In the mid-19th century, the front of the pitching area was 45 feet from home base. As long as the pitcher didn’t cross over this line, he was fine. However, as more serious competition took root, pitchers began to look for ways to gain an advantage over hitters by inducing weaker contact. Since there were no official rules about what constituted a ‘fair pitch,’ pitchers started testing the boundaries…a lot, despite that many at the time considered this sort of thing cheating.  For instance, to gain more speed on their pitches, pitchers took a running start before pitching the ball underhand to the batter. The hope was that a faster pitch would prevent a batter from squaring up the ball.

As pitchers continued to experiment with pitches, their varied attempts often resulted in wild pitches to try and lure hitters to swing at balls outside their reach. However, since batters didn’t have to swing if they didn’t want to (balls and strikes weren’t yet being called yet), they could wait all day for a decent pitch. Selective batters caused pitchers to throw 200-300 pitches per game, which made for a really long, slow game (and presumably some sore arms). This back and forth game between pitchers and hitters finally resulted in the National Association setting parameters for what would eventually be balls and strikes.

Also towards this end, by 1864, the pitching box was instituted to limit the freedom of pitchers. The 3 x 12 foot box prevented pitchers from taking a running start prior to releasing the ball. Just to be sure, though, they were also required to pitch with both feet on the ground. With reduced speed and leverage- baseball once again became a hitter’s game.

But all was not lost for pitchers. They soon found that it wasn’t just peak velocity that counted, figuring out ways to put movement on the ball and change speeds to mess up the hitter’s timing. Their reward for such innovation was an increased pitching distance to compensate for the increase skill of the pitcher, with the front of the pitching box moved to 50 feet from the batter instead of 45.

In 1884, pitchers were allowed to throw overhand if they desired, which resulted in even faster pitches that batters had a difficult time handling. In 1893, in the attempt to, once again, create an equilibrium between pitchers and hitters to maximize fan enjoyment, new rules were put in place. The pitching distance increased to 60 feet, 6 inches; a pitching slab replaced the pitching box; and the pitching mound was introduced.

Between 1893 and 1950, the only rule regarding the height of the pitching mound was that the top could be no more than fifteen inches above the playing field. Teams used this loose rule to their advantage, often making significant adjustments to the height of the mound to play to the home team’s pitching strengths or to throw off pitchers from visiting teams. Either way, the variable height and mound construction provided a home field advantage.

In response to this, in 1950, Major League Baseball mandated that each pitching mound had to be exactly fifteen inches high. By delivering the ball from a fifteen inch elevation, pitchers gained momentum as they lunged downward off the pitching rubber and the ball gained even more speed, which made it more difficult for batters to square up, especially with the downward angle of the ball.

Combined with a 1963 rule change that expanded the strike zone, pitchers began to dominate hitters once again to an extreme degree. In fact, 1968 is referred to as “The Year of the Pitcher,” because average run scoring per game per team that year was a scant 3.42, with a full 21% of the games ending in one of the teams getting shut out. For reference, during the steroid era in 2000 as high as 5.14 runs per game per team was seen with just 8% of games resulting in one team getting shutout. In 2015, there were 4.25 runs per game and a shutout rate of 14%.  (The sweet spot to maximize fan enjoyment, and where MLB has mostly tried to stay within when adjusting things to favor the hitter or pitcher, is between 4 to 5 runs per game. Although there are some who argue even higher is better, almost no one argues that below 4 runs per team, per game makes the game more enjoyable to watch.)

In response to the Year of the Pitcher, the following year efforts were made to swing things back in the hitter’s favor a bit, with the rules adjusted to lower the pitcher’s mound from 15 inches to 10 and to restore the smaller, pre-1963 strike zone. It worked; in 1969 the average run scoring per game jumped to 4.07 and then 4.34 in 1970.

While the height of the pitcher’s mound has not changed since (to date), the never ending war to try to keep a consistent, competitive balance between pitchers and hitters is still being waged and has become a concern in the last decade as pitchers have started to dominate the sport once again, with run scoring down as low as 4.07 runs per game, per team as recently as 2014.