Why Determining Easter’s Date is So Confusing 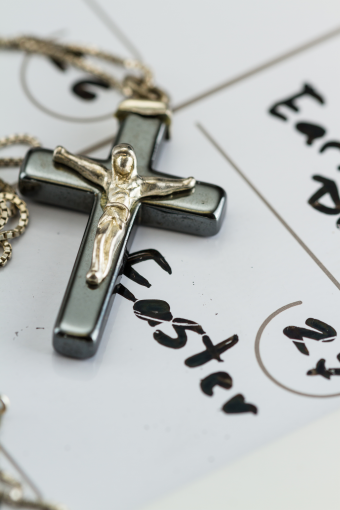 The holiday of Easter is celebrated by over two billion Christians globally. Marking the day that Jesus rose from the dead, it’s always commemorated on a Sunday in the spring. Despite this, the exact date has consistently changed throughout the many centuries the holiday has been recognized. Additionally, various sects of Christianity (most prominently the Greek Orthodox Church) often celebrate Easter on a totally different date than their peers. Why is that? Why is there no set date for Easter and how do they ultimately decide the date of Easter each year? The rather complex answer has a lot to do with the differences in the solar and lunar calendars.

Easter’s roots could date back to before Jesus’s birth, perhaps even having pagan origins. Some scholars believe that the English word “Easter” comes from the Anglo-Saxon goddess Eostre, who represented spring, plantings, new beginnings and fertility. Much like how Christmas matches up with the winter solstice, there’s thought that Easter was intentionally lined up with the spring equinox to encourage those more comfortable with pagan traditions to join Christianity. While many scholars and Christian historians deny this connection, there’s compelling evidence that Christianity adopted other religion’s traditions in order to make their religion more accepted. Influenced by paganism, Greco-Roman religions, Judaism, Islam and even Buddhism, Christianity (like all other religions) did not exist in a vacuum and many of the elements that are practiced today were a product of the ancient world’s intermingling of cultures. For example, in some parts of the world lamb is traditionally eaten on Easter, with the roots of this tradition in Jewish Passover feasts. In fact, the Greek/Latin variant of the word “Easter” is “pascha,”  which is loosely translated to “Passover” in English.

The Jewish religion adheres to the lunar calendar, meaning it’s based on the moon phases.  As explained by Judaism 101,  the lunar calendar is based on three astronomical phenomena: the rotation of Earth on its axis, the moon’s revolution around the Earth and the Earth’s revolution around the sun to determine the day, month and year (respectively). But a calendar based on the moon is not conducive to an agricultural society, which needs an accurate way of knowing when to plant and harvest. So, about 4,800 years ago, civilizations started shifting over to a solar calendar with the Egyptians leading the way.

Now, the lunar and the solar calendars don’t quite mesh. On average, the moon revolves around Earth in 29.5 days and the Earth around the sun every 12.4 lunar months. This means that a lunar year is about 11 days shorter than a solar year, which wreaks havoc on the calendar even over just a decade. For example, planting season in ancient Egypt was between November and March, but with the calendar shifting every year by 11 days, it caused the seasons to not appropriately line up and created very serious problems for farmers. Even when Jewish leaders added a 13th month (Nissan) to try to balance out the drift, it didn’t work (even if every three years, the month shifts back by 30 days) and added an extra 19 days onto the solar calendar.

In 45 BCE, Roman Emperor Julius Caesar tried to restart the calendar. With the help of astronomer Sosigenes, the “Julian calendar” was instituted on January 1st, 45 BCE. With the belief that the solar year was 365 days and 6 hours long, an extra day was added to February every four years – what we now know as the leap year. This calendar soon spread across Europe and was accepted by Christianity.

About four hundred years later, the Roman Emperor Constantine convened the First Council of Nicaea to set a few ground rules around this calendar. They determined that the the spring (vernal) equinox will occur every year on March 21st. They also determined that Easter will fall on the first Sunday following the ecclesiastical full moon (which falls on the 14th day of the lunar calendar) and after the spring equinox. In other words, Easter must take place between March 22nd and April 25th.  To help a rather complex and difficult task of determining Easter’s exact date, the Council constructed tables to determine Easter’s date projected hundreds of years into the future. (One compilation of these Easter tables ultimately inspired the individual doing the calculations to create the BC/AD system of dating. See: What is the Difference Between BCE/CE and BC/AD, and Who Came Up with These Systems?)

For the next 1200 years, this worked, but there was a glitch. The glitch was that the solar year wasn’t 365 days and 6 hours, but 365 days, 5 hours, 48 minutes and 46 seconds.  While minor, this meant that the calendar will be about a day short of a solar year every 130 years. In 1586, this was seemingly rectified by the adaptation of the Gregorian calendar instituted by Pope Gregory XIII (once again, naming the calendar after himself). With help from the astronomer Christopher Clavius, the new calendar dropped the leap year on the century years that were not divisible by 400. This meant three leap years were to be eradicated every three centuries, leaving 1600 and 2000 as leap years, but 1700, 1800 and 1900 as not. This also had an effect on Easter, forcing the chart that the Council created to be revised slightly.

Despite the enormous efforts put into trying to maintain a calendar and a formula for Easter, not everyone agreed. Several sects of Christianity stuck with the original Julian calendar despite it being abandoned in the 16th century by majority of the world. In fact, European Protestants in Germany and England didn’t adopt the Gregorian calendar until the 18th century thinking it was a plot to silence them and control Christianity. Additionally, in 1923, there was a movement to set the date of Easter to align with the astronomical full moon in Jerusalem, the location of Jesus when he arose from the dead. To further this point, the Greek Orthodox Church continue to follow one of the decrees made by Constantine’s First Council that Easter must fall after Jewish Passover and be in “biblical sequence.” This is due to the fact that Jesus’s last supper was, in fact, a Passover seder and he rose from the dead several days later.

Many people believe that figuring out Easter’s date shouldn’t be this confusing, including the Pope. In 2014, he and the Ecumenical Patriarch Bartholomew (the spiritual leader of some 300 million Orthodox Christians) were in talks to try to make everyone’s Easter all one date. This has yet to happen, but if it does, we may never again have to consult a four hundred year chart to determine when a holiday that two billion people around the world celebrates will actually take place.