How Pennies, Nickels, Dimes, Quarters and Dollars Got Their Names

October 21, 2015 Samantha
Leigh H. asks: Why do we call pennies, nickels, and dimes those names? 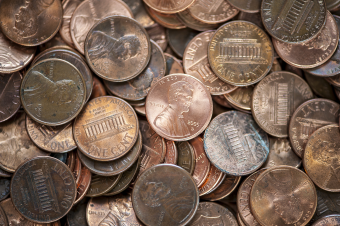 A little over a month after the passing of the Coinage Act, An Act to Provide for a Copper Coinage was signed into law and the first official U.S. minted currency was slated to be created. Among the forms of currency to make up the U.S. monetary system was the copper cent and the half cent, first minted in 1793. Besides being called by that name, the cent also retained the name penny, borrowed from the name for Britain’s penny which had previously been commonly circulated in the country. As for the British penny, it got its name from the Old English penning, which in turn is thought to derive from the German pfennig. 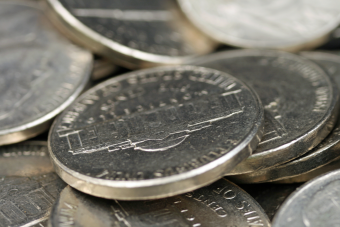 The term nickel has not always been the name for the United States’ five-cent coin. You see, the half disme (pronounced like dime), as it was originally referred to, wasn’t made of nickel. Like the ten-cent coin, the half dime was made of silver and weighed exactly half of the dime, hence half the value.

During the Civil War, many metals were needed to support war efforts, resulting in the majority of coins going out of circulation, including the half dime. After the war, a new type of five-cent piece was introduced, one made of a copper and nickel alloy rather than silver. It wasn’t until 1883, after intense lobbying efforts by industrialist Joseph Wharton, that the nickel alloy caught on, replacing the half dime and becoming widely circulated as the “nickel,” named after the metal by which it was made. 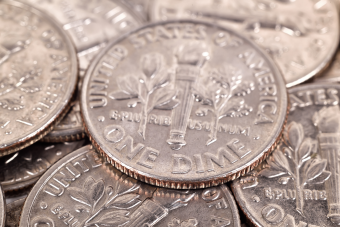 The dime was technically the first coin made by the United States Mint, but using a borrowed coin machine four years before a Mint building was constructed. However, this dime, or disme as it was originally spelled, was not circulated and the first dime produced by the Mint to be used by the public wasn’t produced until 1796.

As for the name, dime ultimately derives from the Latin word “decimus,” which means “one-tenth.” The term disme was used by the French to indicate a monetary value of tenth, and eventually the ‘s’ in the name for the coin was dropped to become dime.

Following suit with the dime, the quarter, which was first produced by the Mint in 1796, received its name to indicate its monetary worth as a quarter of a dollar.

This was a slightly unusual choice, as using a 1/5 denomination was more common in many currencies. However, at the time the Spanish dollar or peso (equal to 8 reales, thus “pieces of eight”) was widely circulated in the United States. In large part due to this, and perhaps further thumbing their noses a bit at the British, the U.S. chose to design the U.S. dollar to duplicate the Spanish coins, in terms of matching the material and weight, hence value (at the time, the coins were made of silver and valued after the price of silver).

Doing this allowed the U.S. coin to be exchanged for the widely circulated Spanish dollar in a 1 to 1 exchange, which was particularly beneficial for international trade and during the transition from foreign currencies to United States minted. (For instance, due to shortages of gold and silver, the U.S. was seamlessly able to extend legal tender status to the Spanish dollar in the late 18th century, something that wasn’t taken away until the mid-19th century.)

Thus, a 1/4 denomination was chosen, instead of a 1/5, to equal two Spanish reales, colloquially known as two-bits, hence why an alternate name for the quarter in the United States was two-bits. 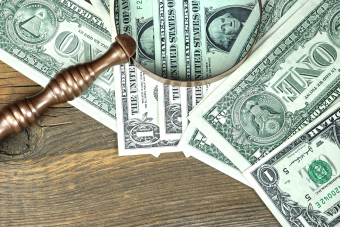 The name dollar derives from the word thaler which is an abbreviation for the word Joachimsthaler, a coin type made from silver mined near Joachimsthal (literally “Joachim’s dale”) in Bohemia, first minted in 1519.

Eventually the mouthful of a name, Joachimsthaler, was shortened to just “thaler,” and, most notably for the topic at hand, ultimately lent its name to the Spanish pieces of eight, also called the Spanish dollar. As the U.S. dollar was modeled after the pieces of eight, it was natural enough to borrow dollar from the colloquial name for the Spanish currency.