Why a Dollar is Called a “Buck” 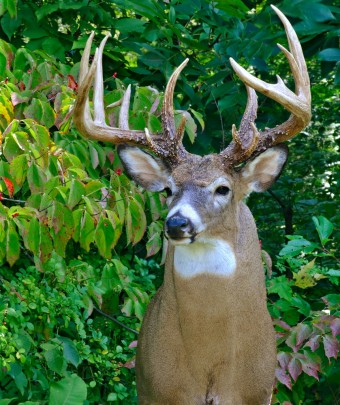 As with many etymologies, the exact root of this word is difficult to say with one hundred percent certainty. However, the leading theory is extremely plausible and backed up by a fair bit of documented evidence. Specifically, it is thought that a dollar is called a “buck” thanks to deer.

One of the earliest references of this was in 1748, about 44 years before the first U.S. dollar was minted, where there is a reference to the exchange rate for a cask of whiskey traded to Native Americans being “5 bucks”, referring to deerskins.

In yet another documented reference from 1748, Conrad Weiser, while traveling through present day Ohio, noted in his journal that someone had been “robbed of the value of 300 Bucks.”

At this time, a buck skin was a common medium of exchange. There is also evidence that a “buck” didn’t simply mean one deerskin, but may have meant multiple skins, depending on quality. For instance, skins from deer killed in the winter were considered superior to those killed in the summer, due to the fur being thicker.

It is thought that the highest quality skins were generally assigned a one to one value with one skin equaling one buck. In contrast, for lower quality skins, it might take several of them to be valued at a single buck. The specific value for given sets of skins was then set at trading.

In addition, when the skin was from another animal, the number of skins required to equal a buck varied based on the animal and the quality of the skins. For instance, there is one documented trade where six high quality beaver skins or twelve high quality rabbit pelts each equaled one buck.

This use of skins as a medium of exchange gradually died off over the next century as more and more Europeans moved in and built towns and cities. Once the U.S. dollar was officially introduced after the passing of the Coinage Act of 1792, it quickly became the leading item used as a medium of exchange, but the term “buck” stuck around and by the mid-nineteenth century was being used as a slang term for the dollar.

While it may be tempting to think that the “buck” in this sense is where we also get the phrase “pass the buck”, most etymologists don’t think the two are related. The leading theory on the origin of the phrase “pass the buck” is thought to come from poker, with one of the earliest known references of the idea of literally passing a buck being found in the 1887 work by J.W. Keller, titled “Draw Poker”. In it, Keller states:

The ‘buck’ is any inanimate object, usually knife or pencil, which is thrown into a jack pot and temporarily taken by the winner of the pot. Whenever the deal reaches the holder of the ‘buck,’ a new jack pot must be made.

As to why it is then called a buck, it is thought that may have arisen from the fact that buck-handled knives were once common and knives were often used as the “buck” in this sense. As for the figurative sense of passing the buck, this didn’t start popping up until the early twentieth century.