July 4, 2015 Daven Hiskey
This is a weekly wrap of our popular Daily Knowledge Newsletter. You can get that newsletter for free here. 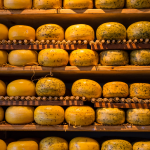 Whether a block, a wheel, a cylinder or a pyramid, a cheese’s shape is dictated by concerns with pressure, salt absorption, ripening, economics and/or tradition. Cheeses that are made in wheels, like creamy Brie and Camembert, need equal rates of salt uptake, as well as even ripening action from its molds (like P. camemberti and P. candidum) as they break down the milk proteins and produce the delicious ambrosia within. The wheel shape facilitates both as the consistent thickness encourages equal absorption as the surface flora spread; so the disk’s shape keeps the mold from focusing too much on one area (as it would if there were, for instance, square corners, where a higher percentage of molds would work on the edge areas, resulting… (more) 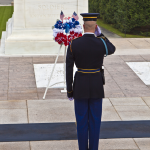 Since 1937, the Tomb of the Unknowns has famously never once been left unattended with there always being at least one guard present to keep vigil. The highly coveted position of Tomb Sentinel is only meted out to truly exceptional soldiers, all of whom must prove their dedication and mettle through a series of grueling and somewhat unusual tests. For starters, to even be considered for the position of Sentinel, a given soldier must be a member of the 3rd U.S. Infantry Regiment, who are colloquially and rather aptly known as the “Old Guard” due to being the oldest currently serving unit in the US military, with the unit’s history stretching all the way back to 1784. Because the Old Guard… (more) 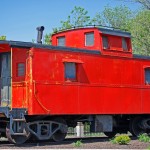 For well over a century, cabooses, the cute quintessentially red cars at the rear of trains in years past, served an integral function in train operations. Carrying a brakeman and a flagman back when brakes were set by hand, when it was time to slow the train, the engineer would blow the whistle. This signaled to the brakemen, and one would emerge from the caboose and work his way toward the engine, while another would leave the engine and work his way back toward the caboose. At each car… (more) 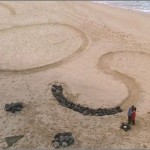 It is commonly held that “SOS” is an acronym for “Save Our Ship” and thus often written “S.O.S.”  In truth, SOS is not an acronym for anything, which is why it is incorrect to put full stops between each letter. So why was SOS chosen to signify a distress signal?  The thought was that SOS- in Morse code signified by three dots, three dashes, then three dots- could not be misinterpreted as being a message for anything else.  Further… (more) 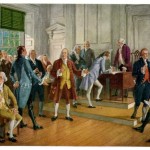 The Signers of The Declaration of Independence Did So On August 2nd, 1776 Not July 4th

While it is often said that the Declaration of Independence was signed on July 4, 1776, this isn’t actually correct.  In fact, nobody signed it on the 4th.  This is contradictory to Thomas Jefferson’s, John Adams’, and Benjamin Franklin’s account of events.  On top of their accounts, the public congressional record of events back their story. So how do we know it didn’t happen this way? To begin with, the Secret Journals of Congress, that were eventually made public in 1821 paint a different story.  They contain an entry stating, on August 2nd… (more) 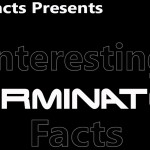 14 Interesting Facts You Probably Didn’t Know About the Terminator

Released in 1985 on a relatively shoe-string budget of around $6.5 million, The Terminator is a bona fide cinema classic, but few are aware of how close this Sci-Fi cornerstone came to never being made . Today we’ll be covering this and many other interesting Terminator Facts. 1) To begin with, according to James Cameron, the idea for the Terminator came to him in a nightmare while he was directing the little known budget horror movie Piranha II: The Spawning. In the nightmare, Cameron claims he was chased by a mechanical skeleton, the image of which became the basis for the T-800 and the plot. 2) Speaking of the plot, it’s worth noting… (more) 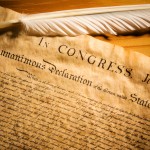 In the United States, our date format begins with the month and ends with the year (MM/DD/YYYY), and this arrangement is unique. In most of the rest of the world, the day is written first and the year last (DD/MM/YYYY), although in some places like China, Korea and Iran, this order is flipped (YYYY/MM/DD). Regardless, no one seems to know why Americans put the month first, although we have been doing it for a long time. One of the earliest examples I found is on the Declaration of Independence, with its large “July 4, 1776″ inscribed at the top –a format that was copied by John Dunlap, the printer who made the 200 broadsides that were later distributed in the colonies… (more) 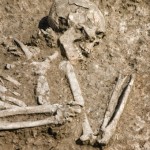 For eighteen years, Ben Franklin, the great American inventor, diplomat, and signer of the Declaration of Independence, was a tenant in a beautiful four story Georgian house at 36 Craven Street in London, mere blocks from the River Thames. As ambassador from the colonies, he entertained, lived, and even allowed other intellectuals of the time to stay at the house while he lived there from 1757 through 1775. Nearly 225 years later, as the house stood dilapidated and on the brink of collapse, a group called “Friends of Benjamin Franklin House” decided to renovate the building and turn it into a museum honoring one of America’… (more) 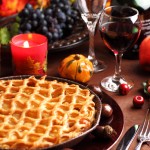 “As American as apple pie” is a common phrase used to describe things that are undeniably American, like Uncle Sam, McDonald’s, and fireworks and barbecues for the 4th of July. But as popular as the tasty dessert might be in the land of the free, it isn’t actually American. First of all, apples themselves aren’t American. When colonists arrived in North America, they found only crab apple trees—and if you’ve ever tried to eat a crab apple, you probably know that they wouldn’t be very nice in pies. The most likely ancestor of apples as we know them today can still be found in Asia: the wild genus Malus sieversii. Alexander the Great is said to have discovered dwarfed apples… (more) 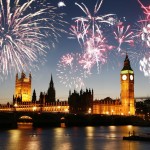 The Fourth of July, New Year’s Eve, and numerous other celebrations across the globe wouldn’t be what they are today without fireworks. It turns out that we owe our fascination with the pyrotechnic displays to ancient Chinese pyromaniacs. Sometime between 600 and 900 A.D., a few alchemists, hoping to concoct an elixir that would make them live forever, instead found an early form of gunpowder. They mixed charcoal, sulphur, and a few other ingredients with potassium nitrate—back then, known simply as a food seasoning. The effect was, well, explosive. The Chinese started putting the mixture into… (more) 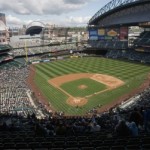 Most of us have had the opportunity to stand in awe as our eyes perceive the beauty of a perfectly mowed grass in a baseball stadium. Stripes, checkerboard style, or even artistic expressions add flair to a baseball field. But how exactly do they get these patterns in the grass?  Some say the grass is mowed at different heights or is colored to achieve the effect, but neither assumption is true. Rather, patterns in the grass have everything to do with how the grass is bent, which affects how the light hits it. When the light from the sun hits the grass, the color changes tone depending on how it is bent… (more) 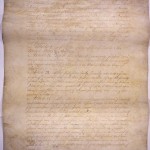 For four hot, humid July days, 56 delegates of the Second Continental Congress gathered in Philadelphia with one purpose – to ratify the Declaration of Independence. The document, originally drafted by Thomas Jefferson with the help of Ben Franklin, John Adams, Roger Sherman, ad Robert Livingston, declared that the thirteen American colonies were now independent and free of the tyranny of the British Empire.  On July 4th, with the final wording in place, it was ready for the whole world to read; though, it would be about another month before congress would actually sign it, contrary to popular belief. With independence now declared and the British Empire booted as the governing body… (more)