June 5, 2015 Daven Hiskey
This is a weekly wrap of our popular Daily Knowledge Newsletter. You can get that newsletter for free here. 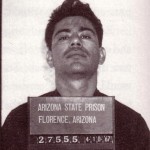 In 1966, the landmark U.S. Supreme Court case, Miranda v. Arizona, made it clear that the Constitution requires the police to warn criminal suspects in custody that they have the right to remain silent, that anything they say may be used against them, and that they have the right to an attorney – even if they can’t afford it. This warning, routinely given by local, state and federal law enforcement, as well as those who portray them in shows and movies, is today known simply as Miranda. But who was Miranda and what did he do? Born March 9, 1941 in Columbus, Arizona (or sometime in 1940 in Mesa, Arizona), it appears Ernesto Miranda had a very troubled childhood. Although few official records exist to support a biography on Miranda… (more) 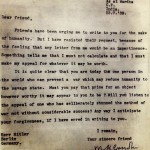 By the late 1930s, Gandhi’s method of peaceful non-cooperation had already won significant concessions from the British Raj, including the founding of a national administration and local and national legislative assemblies, albeit still under British oversight. Gandhi, himself, was internationally famous for his various acts of non-violent, civil disobedience, including his 241-mile Salt March, which, while protesting Britain’s monopoly on salt and its high tariff, also galvanized the Indian people against British rule altogether. With his reputation for effective, nonviolent change well established, many implored Gandhi to write to Adolph Hitler, whose increasingly aggressive regime in Germany had them worried that a second world war was imminent. For example, by February 1935, Hitler had ordered the establishment of a German… (more) 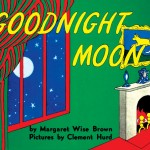 Our favorite childhood classics make us feel as snug as a bunny in bed. Here’s a look at what’s down the rabbit hole. “Goodnight light and the red balloon…” Margaret Wise Brown wrote more than 100 books for children, but her most famous is Goodnight Moon, published in 1947. It was a revolutionary book in its time, inspired in part by the poetry of Gertrude Stein. More than four generations of children have nodded off to this classic’s hynpnotic spell, and 11 million copies have been sold since its first printing. But in the beginning, the book’s prospects looked dim. In its first year, Moon sold a modest 6,000… (more) 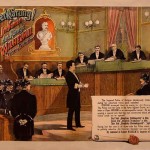 In 1901, the Cologne, Germany newspaper, Rheinishe Zeitung (RZ), published a story titled (translated) “The Unmasking of Houdini,” in which a chief of police, Schutzmann Werner Graff, accused Houdini of attempting to bribe him into rigging an escape from the city’s jail, and of paying another man, Herr Lott, to help him with a phony performance. Incensed (and facing an existential threat), Houdini hired “the best lawyer of Cologne, Herr Rechtsantwalt Dr. Schreiber” to prosecute a series of slander trials. Held in Cologne, at the first trial, on February 26, 1902, Graff testified that Houdini had offered him 20 marks in exchange for Graff giving him both his “handcrafted lock” and a duplicate key. Graff also testified that Houdini had another man (named Lott) secretly provide him with a duplicate chain to display, after he would appear to have freed himself from the first chain, although… (more)

Technically known as “paresthesia”, this syndrome is caused by the compression of specific nerves. When you sit cross-legged, sleep with your arm above your head, or position any limb in such a way to put excess pressure on a nerve, that nerve will stop sending impulses normally. Should the pressure be great, or the duration be long, the nerve will eventually stop sending impulses altogether.  Any area the nerve services will essentially then “fall asleep”.  Think of a person standing on a garden hose. It’s hard for the water to get to the nozzle when the person’s feet get in the way. If the person’s heavy enough, or she stands on the hose for too long and the hose fully compresses, water will eventually stop flowing entirely. Once this pressure is relieved, your nerve will start to function normally again (hopefully) and you can now move your hand/legs/arms/feet. Nerves… (more) 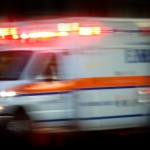 Subject to the same rules of the road as other drivers, with a few exceptions for emergencies, ambulances can be pulled over and ticketed for speeding and other traffic violations, although it is exceedingly rare. Generally speaking, ambulance drivers should observe all traffic laws and regulations; however, some of those laws are waived when the ambulance needs to respond to an emergency (sometimes called “Code 3″). Typical exceptions (which usually apply to other emergency response vehicles like fire trucks as well), include: (1) allowing the vehicle to park or “stand” pretty much anywhere the driver puts it; (2) blowing red lights and stop signs – after ensuring it’s safe to do so (and slowing down); (3) driving in… (more) 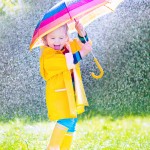 What Determines “Party Cloudy” vs. “Mostly Sunny”? (And Other Weather Terms Explained)

If you ever thought it was difficult to tell the difference between “partly cloudy” and “mostly sunny,” you’re not alone. Established by the National Weather Service (NWS) according to a loose set of rules, the criteria used to describe different elements of your forecast can be pretty vague. Sky conditions are classified according to how much “opaque cloud coverage” (OCC) is expected that day. While the NWS has apparently not defined “opaque clouds,” they are presumed to be those that can’t be seen through, or more technically, those that are “opaque to terrestrial radiation.” To qualify as “Sunny,” there can be no more than 25% OCC. “Clear,” on the other hand is sometimes used as synonym for “Sunny,” but is only applied when there is no more than 5% OCC. “Mostly Clear,” which is also a synonym for… (more) 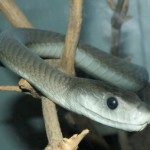 There are a number of productive things you can do to help a snakebite victim; trying to suck out the venom isn’t one of them. Actually having a negative effect, potentially further damaging the tissue around the bite and thus helping to spread the venom, trying to suck the venom out of a snakebite victim is an act in futility that simply delays proper treatment. Once in the body, snake venom quickly spreads throughout the victim’s lymphatic system, and it is just not possible for a human to suck fast or hard enough to remove enough of it to have any real positive effect. Likewise, experts say applying a tourniquet is equally pointless (it won’t stop the venom), can add to the victim’s pain, and if left on too long, the lack of fresh blood can damage (and even kill) the limb, among other serious health issues this can introduce… (more) 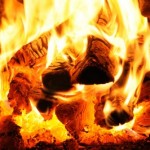 Jesse, I love this question. It seems like everyone knows things are solid at certain temperatures. If you heat them up, they will become a liquid. Heating it further will turn the substance into a gas. This elementary truism of science is every grade school students’ claim-to-fame at their science fair. At some point, however, every person growing up looks at a burning fire and says “Hey, what gives?” The Melvin in the cheap seats yells, “The easiest answer is that wood’s combustion temperature is lower than its melting temperature, duh!” While the politically incorrect stereotypical jock answers, “Lol, whut?” The problem with melting wood revolves around what combustion is, and what temperature the combustion of wood happens at…. (more) 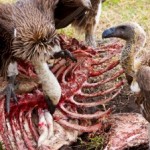 As an animal that is synonymous with death and disease, the vulture understandably has a poor reputation in many cultures across the globe, despite, ironically enough, being a huge boon to humans in terms of being able to reduce instances of death and disease. While it’s important to note that many animals eat carrion, vultures are fairly unique in that they’re able to eat carrion that has succumbed to the effects of decay and disease, a feat few stomachs in the animal kingdom can match. As an idea of just how ridiculously hardy vultures are, experiments have shown that they are all but immune to botulism and that they can happily chow down on the flesh of an animal coated in Bacillus anthracis which is better known as the bacteria that causes anthrax! They also have no problem eating an animal infected with rabies, hog cholera and numerous other diseases that would ultimately be lethal to most other scavengers. So how do they… (more)