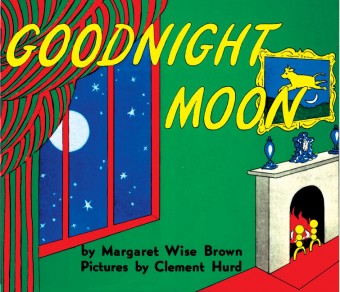 Our favorite childhood classics make us feel as snug as a bunny in bed. Here’s a look at what’s down the rabbit hole.

“Goodnight light and the red balloon…” Margaret Wise Brown wrote more than 100 books for children, but her most famous is Goodnight Moon, published in 1947. It was a revolutionary book in its time, inspired in part by the poetry of Gertrude Stein. More than four generations of children have nodded off to this classic’s hynpnotic spell, and 11 million copies have been sold since its first printing. But in the beginning, the book’s prospects looked dim.

In its first year, Moon sold a modest 6,000 copies at $1.75 each. That yielded a typical author’s royalty rate of a dime or less per book, earning Brown around $500. Sales declined from there. In 1951 Goodnight Moon sold only 1,300 copies, and there was no reason to believe that sales would ever recover. That may explain why in May the following year, Brown made a whimsical addition to her will: Upon her death, the royalties from her books would go to the three sons of her neighbors, Joan and Albert Clarke, probably figuring they’d get a few dollars a year to blow on toys and bubblegum. But that’s not how it turned out.

The Clarke family had provided a measure of stability to Brown, who lived a bohemian life in her nextdoor flat, never marrying and never having kids of her own. Apparently she loved the Clarke children and allocated royalties from various books to each. Her will provided that the middle child, nine-year-old Albert, would receive 100 percent of Goodnight Moon. What happened next was completely unexpected. Four months after writing her will, while on a book tour of Europe in late 1952, the 42-year-old author suffered a coronary embolism and died.

It took a few years for Brown’s estate to be settled, and in 1957 the Clarke family learned the peculiar details of her will. In the meantime, though, the situation had already begun to change for Goodnight Moon. As parents across the country and world began telling each other about this “magic” book that put toddlers to sleep, sales grew and the publisher began issuing new printings. The result was that Albert, now 13, learned that his share of the estate was already $17,530 (about $134,000 in today’s money) and still growing robustly. By 1970 Goodnight Moon was selling 20,000 copies a year; in decades that followed, that number jumped into the hundreds of thousands, with total sales reaching four million in 1990.

You’d think that a story about a children’s book might have a happy ending; perhaps Albert would use his money wisely and generously. No. In 2000 Joshua Prager tracked Albert Clarke down for the Wall Street Journal, writing that “in the intervening years, the trajectories of Ms. Brown’s book and the boy who inherited it began to diverge with strange symmetry.” Prager describes a life of squandered millions, murderous fistfights, theft, a sequence of broken homes, domestic violence, lost custody of children, clothing bought and thrown away instead of being washed, houses bought and sold at a loss, vagrancy, debt, drug abuse, and arrests on an array of charges ranging from menacing and resisting arrest to criminal possession of a weapon, criminal trespass, assault, and grand larceny. According to Prager, Albert Clarke said he believed-with no supporting evidence or corroboration from any source-that Brown was his real mother, a notion his older brother Austin characterized as “delusional thinking. It’s a fairy tale that makes him feel better.”

Austin’s response is understandable: Albert’s most recent six-month royalty check had been $341,000; Austin’s (for Brown’s book The Sailor Dog): $13.88. Their youngest brother Jimmy, also the recipient of small checks, had joined a cult years earlier before committing suicide in 1995. How long will this continue? Thanks to extensions of copyright laws in the 1990s, Albert or his heirs will be receiving royalties for Goodnight Moon-one of the most successful children’s books of all time-until 2043.