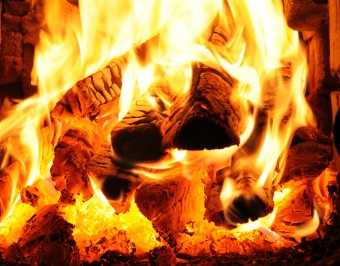 Jesse, I love this question. It seems like everyone knows things are solid at certain temperatures. If you heat them up, they will become a liquid. Heating it further will turn the substance into a gas. This elementary truism of science is every grade school students’ claim-to-fame at their science fair. At some point, however, every person growing up looks at a burning fire and says “Hey, what gives?”

The Melvin in the cheap seats yells, “The easiest answer is that wood’s combustion temperature is lower than its melting temperature, duh!” While the politically incorrect stereotypical jock answers, “Lol, whut?”

The problem with melting wood revolves around what combustion is, and what temperature the combustion of wood happens at.  Combustion, also known as burning, is simply a chemical reaction that takes place where the combustible material (in this case wood) in the presence of an oxidizer (usually the air around the fire) changes its chemical composition and decomposes the material into other chemicals. The process is one that’s exothermic. As such, light and heat can be released.

Wood is mostly made up of things like cellulose, lignin, and water. As wood combusts, it’s broken down into products like charcoal, water, methanol, and carbon dioxide. Unlike water turning back into ice, if you cooled down the resulting products of burning wood, it obviously does not change back to its original composition. Thus, all of the ash left in your fireplace after that romantic evening with your special someone.

As for wood, it will begin a process known as pyrolysis at temperatures around 500-600 degrees Fahrenheit. Pyrolysis is also an exothermic reaction that tends to be self sustaining. At these temperatures, wood will begin giving off up to 100 chemicals, including methane and methanol (the same stuff they put as additives in gasoline), that will begin to burn. Once those chemicals begin burning, they will increase the temperature and the remaining char (the burned black bits present after the fire goes out) left behind will begin to further decompose, things like calcium, potassium and magnesium.

At this point Melvin might again pop up and say, “methanol at room temperature is liquid, and other chemicals like magnesium and calcium can be liquid, so wood can melt!” I say, be quiet. Once those things are present, the substance is no longer wood, as such, not really melted wood.