What Determines “Partly Cloudy” vs. “Mostly Sunny”? (And Other Weather Terms Explained)

June 5, 2015 Melissa
Brett C. asks: How do they decide the cuttoff between partly cloudy and mostly sunny? 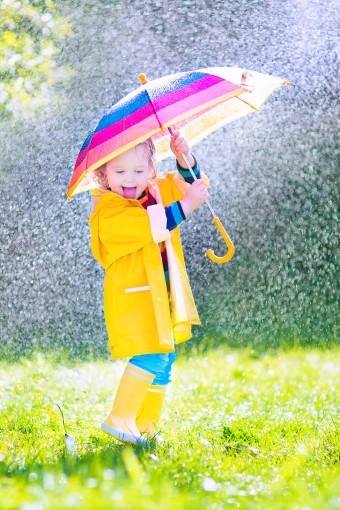 If you ever thought it was difficult to tell the difference between “partly cloudy” and “mostly sunny,” you’re not alone. Established by the National Weather Service (NWS) according to a loose set of rules, the criteria used to describe different elements of your forecast can be pretty vague.

Sky conditions are classified according to how much “opaque cloud coverage” (OCC) is expected that day. While the NWS has apparently not defined “opaque clouds,” they are presumed to be those that can’t be seen through, or more technically, those that are “opaque to terrestrial radiation.”

Note that when there is a “high probability” of precipitation (60% or more), many weather folks skip the sky condition forecast, since it may be inferred to be “Cloudy.”

Words used in the forecast, such as “chance of rain” and “likely,” as well as “isolated” and “scattered,” are considered either “expressions of uncertainty” or “qualifiers” (the last two denote that the entire area will not be affected), and they are tied to ranges of POPs.

Wind terms are tied to specific ranges too, all related to “sustained wind speed” (SWS), and they can overlap. “Sustained wind” is defined as the average of observed wind speeds over a two-minute period.

Wind chill incorporates considerations of how much heat a human body will lose to the environment on a cold or windy day. Calculations are estimated at weather conditions at 5 feet above ground level (said to be the typical height of a human face), and begin when SWS reach 3 mph.

The NWS provides a chart that shows wind chill for any temperature between 40F and -45F with winds between 5 mph and 60 mph, and it reveals that even a slight wind, with cold temperatures, can have a big effect on wind chill. For example, at 0F with only calm winds of 5 mph, the wind chill is -11F. Likewise, even when temperatures are relatively mild, say at 35F, if the winds are high, say 60 mph, it can make it feel about half the temperature it really is (17F).

On the other hand, the heat index reflects the fact that when the humidity reaches a certain point, the perspiration on your skin can’t evaporate, you can’t cool down so easily, and so the apparent temperature feels hotter than it actually is.

On that note, the NWS provides a heat index chart as well, which shows temperatures between 80F and 110F and relative humidity (RH) between 40% and 100%. Just as with wind chill, slight changes in a single variable can have a dramatic effect, and when both are high, the heat index becomes dangerous to human health. For example, at 90F and 40% RH, the heat index is only 91F, but if it’s soupy outside, say 95% RH, then the heat index shoots up to 127F.