November 8, 2014 Daven Hiskey
This is a weekly wrap of our popular Daily Knowledge Newsletter. You can get that newsletter for free here. 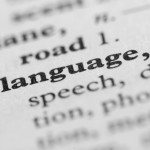 Contractions in some form of English date back to Old English (450 AD – 1150 AD), a language that bears little resemblance to our English today. Before this period, although the Romans had already invaded, the dominant language on the island was Celtic. In the 5th century, several groups, notably the Angles and the Saxons, began to invade, and they brought their Germanic languages and rune alphabets with them, along with several well-established contractions. These included shortened forms for “is not” (nis, today, “isn’t”), “did not have” (ne haefde), “was not” (ne waes, today “wasn’t”) and “would not” (wolde, today “wouldn’t)… (more) 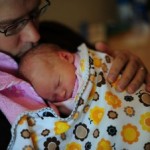 Why Do We Call Parents Mom and Dad?

Calling our parents anything other than mom, dad or one of the many variations thereof is an almost alien concept to many (and in some cultures is considered downright rude). So why is it we refer to our parents in this way? Where did it come from and perhaps, more curiously, is there any culture that forgoes this seemingly universal nickname custom for parental figures? The words can be traced back to the 1500s for “dad” and the 1800s for “mom”. As with so… (more) 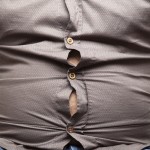 Can You Really Bust a Gut If You Eat More?

Although extremely rare, some people actually have ruptured their stomachs after eating too much, and, perhaps not surprisingly, many did not survive. When a stomach ruptures, the billions of bacteria that normally live inside the gut flow out into the abdominal cavity where they thrive. The infection that ensues causes acute abdominal pain, a tensing of the belly muscles, fever, nausea, bloating and vomiting. Without treatment with antibiotics, cleaning of the cavity and repair of the stomach, the person dies. So why wouldn’t… (more) 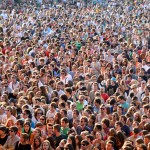 How Do the Media and Police Estimate Crowd Size

Although the task of determining how many people attend something as large as say, a political rally or a protest may seem like a daunting, almost impossible undertaking to do with any accuracy, with some basic information, it’s actually not that difficult to get reasonably accurate results. The most well-known method of estimating the size of a given crowd is simply called “The Jacobs’ Method” as an ode to its inventor, Herbert Jacobs. Jacobs spent a few decades working for the Milwaukee Journal before retiring into teaching journalism at the University of California, Berkeley in the 1960s.  He thought up his very simple crowd size estimate method after observing numerous Vietnam War protests outside of his office window. Jacobs noticed that… (more) 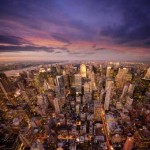 The earliest documented reference to New York being referred to as “The Big Apple” comes from a 1909 book by Edward Martin, called The Wayfarer. In it, he uses the moniker in a metaphorical sense, rather than a proper name for the city: “Kansas is apt to see in New York a greedy city… It inclines to think that the big apple gets a disproportionate share of the national sap…” The next known documented instance of New York being called “The Big Apple” comes from sportswriter John J. Fitz Gerald who began popularizing the name starting on May 3, 1921, where he stated… (more) 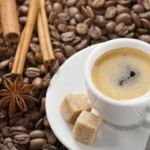 How Much Caffeine Would It Take to Kill You 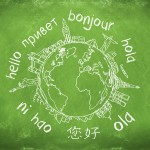 You already know that vowels in the English alphabet are a, e, i, o, u, and sometimes y, while the rest of the letters are called consonants. But did you ever ask yourself why the letters were divided into two separate groups? Basically, a vowel is a sound that is made with the mouth and throat not closing at any point. In contrast, a consonant is a sound that is made with the air stopping once or more during the vocalization. That means that at some point, the sound is stopped by your teeth, tongue, lips, or constriction of the vocal cords. The difference explains why…  (more) 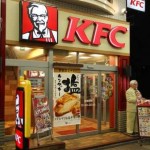 Was Colonel Sanders Really a Colonel

Kentucky Colonel is the highest honor that can be bestowed by the Commonwealth of Kentucky. (Incidentally, if you’re curious: Why Colonel is Pronounced “Kernel”) To be named a “Colonel” is to be recognized for “outstanding service to community, state, and nation.” The sitting governor of Kentucky, or the Secretary of State of Kentucky, are the only ones who can bestow such an honor onto an individual. These colonels are “Kentucky’s ambassadors of goodwill and fellowship around the world” and are “people from all walks of life.” Luminaries such as Muhammad Ali, Jim Beam, Fred Astaire, Betty White, and Winston Churchill are among the eclectic mix of people who have been named a Kentucky Colonel. But… (more) 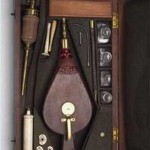 When someone is “blowing smoke up your arse” today, it is a figure of speech that means that one person is complimenting another, insincerely most of the time, in order to inflate the ego of the individual being flattered. Back in the late 1700s, however, doctors literally blew smoke up people’s rectums. Believe it or not, it was a general mainstream medical procedure used to, among many other things, resuscitate people who were otherwise presumed dead. In fact, it was such a commonly used resuscitation method for drowning victims particularly, that the equipment used in this procedure was hung alongside certain major… (more)