May 24, 2014 Daven Hiskey
This is a weekly wrap of our Daily Knowledge Newsletter. You can get that newsletter for free here. 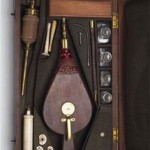 When someone is “blowing smoke up your arse” today, it is a figure of speech that means that one person is complimenting another, insincerely most of the time, in order to inflate the ego of the individual being flattered. Back in the late 1700s, however, doctors literally blew smoke up people’s rectums. Believe it or not, it was a general mainstream medical procedure used to, among many other things, resuscitate people who were otherwise presumed dead. In fact, it was such a commonly used resuscitation method for drowning victims particularly, that the equipment used in this procedure was hung alongside certain major waterways… (more) 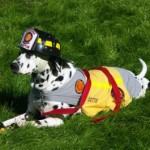 Dalmatians as firehouse dogs have become so common in books and movies that it’s practically a stereotype. It turns out that Dalmatians actually really do have a strong history in the firehouse, and they used to have some purpose, too. Before fire trucks, there were horse-drawn carriages. One of the most effective fire-fighting tools in the middle of the 18th century was the steam pumper- a machine that consisted of a boiler which was able to use steam to force water out of hoses and onto a fire. The fire brigade’s horse-drawn carriages would be loaded… (more) 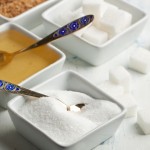 Saccharin is noted as being the first artificial sweetener, outside of the toxic Lead(II) acetate, and the first product to offer a cheap alternative to cane sugar.  Interestingly enough, like the Chocolate Chip Cookie, it was also discovered entirely by accident. The chemical was discovered in 1878/9 in a small lab at Johns Hopkins University. The lab belonged to professor of chemistry and all around chemical boffin, Ira Remsen. Remsen was hired by the H.W. Perot Import Firm in 1877, primarily so that the firm could loan the use of his lab to a young Russian chemist and sugar-nerd, Constantin Fahlberg. The H.W. Perot company wanted Fahlberg to test the purity of a shipment of sugar they’d had impounded by the US government using Remsen’s lab. Fahlberg agreed… (more) 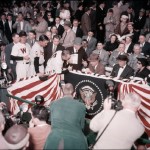 U.S. Presidents and sports have always been connected. Gerald Ford played football as a University of Michigan undergrad. George H.W. Bush played in the first two College World Series. George W. Bush was part owner of the Texas Rangers’ baseball franchise. Barack Obama frequently plays pickup basketball games with his staff (no doubt all terrified of accidentally hurting the Commander-in-Chief during the games.) Heck, Ronald Reagan even portrayed “The Gipper” in the football movie Knute Rockne, All American during his acting days. But only one U.S. President was ever a professional athlete, albeit for a very brief time. Evidence points to Dwight D. Eisenhower having played semi-pro minor league baseball in 1911 in Junction City, Kansas. Although for much of his life, this was something he chose to keep secret.  Had he… (more) 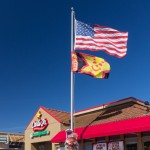 In 1941, Carl N. Karcher, a 24 year old man who had dropped out of school in the 8th grade to work on a farm, and his wife had $15 in cash (about $241 today). They took out an additional $311 loan against their car, and used the money to purchase a hot dog cart. It must not have seemed like much at the time, and certainly the hot dog cart business might have failed, leaving them in debt. Fortunately for them, it didn’t take long for their hot dog cart to do well enough that they were able to buy another one. A couple years after starting their little business, the Kerchers were operating four hot dog carts. Business just kept booming… (more) 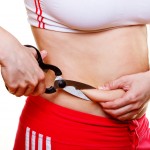 Is it Possible to Target Belly Fat When Losing Weight?

A quick internet search will yield countless claims of ways to remove the unwanted fat from around your mid-section.  From over-hyped diet pills promising to reduce levels of cortisol to cutting-edge workouts.  The truth is that there is no scientifically proven diet pill or exercise that will specifically target your stomachs fat vs the fat providing a nice bone blanket for other parts of your body. All that being said, you can get rid of that belly fat- to better understand how, let’s talk about fat, in the medical world known as adipose tissue, the different types, and methods for losing some of it. Fat comes in two types, white and brown… (more) 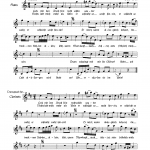 Wolfgang Amadeus Mozart is famously known for being a child prodigy and one of the greatest musical composers of all time. Eine Kleine Nachtmusik is one of the most famous of his compositions, while Leck mir den Arsch fein recht schön sauber is a much lesser known work of his (though he isn’t thought to have written the music, just the lyrics). For those who do not speak German, let me translate to English: “Lick me in the ass right well and clean,” with the “lick my ass” sentiment being somewhat equivalent to the modern English “kiss my ass/arse.” Something they don’t typically teach you in school about Mozart is that he displayed scatological humor in many of his letters to friends and family and in a few… (more) 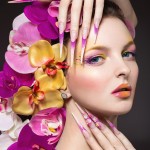 On humans and other primates, nails are a flattened version of a claw which likely developed to aid in gripping and climbing. However, they can also act as a visible “health report.” Someone in poor health, or infected by a fungus, might have yellow, brittle nails, while someone in good health might have strong, long nails. The fact that healthy nails are the sign of a healthy person may have led to people beginning to grow them out, or it could have been simply that long nails are cumbersome when working with your hands, so they were something of a status symbol. Whatever the case, it might surprise you to learn that manicuring nails has actually been around for many thousands of years—dating back at least to 3200 B.C. At the time, Chinese… (more) 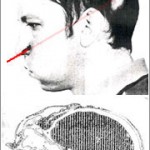 Exhibit A: Anatoli Petrovich Bugorski, a Russian scientist who has the distinction of being the only person to ever stick his head in a running particle accelerator.  Shockingly, he also managed to survive the ordeal and, all things considered, came out without too much damage. Bugorski was a researcher at the Institute for High Energy Physics in Protvino, working with the Soviet particle accelerator: The Synchrotron U-70. On July 13, 1978, Bugorski was checking a malfunctioning piece of equipment.  As he was leaning over the piece of equipment, he stuck his head through the part of the accelerator that the proton beam was running through.  He reported seeing a flash that was “brighter than a thousand suns”, but did not feel any pain when this happened… (more)